NEWS
★ The New York Times carried an article this week on Turks who are leaving the country due to political and economic reasons.

It says that president Erdoğan for 17 years won elections by offering voters a vision of restoring the glories of Turkey's Ottoman past and raising living standards with years of unbroken economic growth.

But after a failed 2016 coup, Mr. Erdoğan embarked on a sweeping crackdown. And then last year the economy started to get worse. Turkish currency lost heavily against the major currencies.

In the meantime, Mr. Erdoğan became more and more authoritarian, some calling him now a dictator.

The New York Times finds these as the reasons for Turks leaving in droves. In addition to students and academics leaving the country, there are also scores of entrepreneurs, business people and thousands of wealthy individuals, the paper adds.

İbrahim Sirkeci, director of transnational studies at Regent's University in London, and other analysts say that the exodus of Turks threatens to set Turkey back decades.

Later in the week, the Turkish Statistical Institute said that the 250 thousand emigration figure is incorrect. There were also people coming back to Turkey, and more than half of the people who left Turkey in 2017 were Syrians. All in all the Institute says that the net emigration of Turks was only 11.5 thousand.

★ According to the Washington Post, a U.S. delegation met with Turkish officials Thursday to discuss requests to extradite Fethullah Gülen, a cleric who Turkey says plotted a coup attempt in 2016, state media reported.

The extradition of Gülen has been one of the friction points between the U. S. And Turkey.

Gülen, who is the spiritual leader of a worldwide movement that includes schools, clinics and charities, has denied involvement in the plot, Washington Post writes.

Gülen was once an ally of Turkish President Recep Tayyip Erdoğan, but the two eventually became rivals.

Since the coup attempt, Erdoğan led Turkish administration has jailed tens of thousands of Gülen supporters, confiscated assets of businesses belonging to them, and terminated sympathizers from government jobs. In addition, being a sympathizer of Gülen was started to be used to prosecute or harass any opponent of Erdoğan's regime, even if they are not.

★ Tayfun Selen, a Turkish American, was elected as the mayor of Chatham Township in New Jersey, reports the publication "Tap into Chatham".

The publication also points out that a Turk by the name of Rustem Bey was one of the very first to serve as a member of the Chatham Township Police Department when it was formed in 1920. He later became the police chief of the Township. 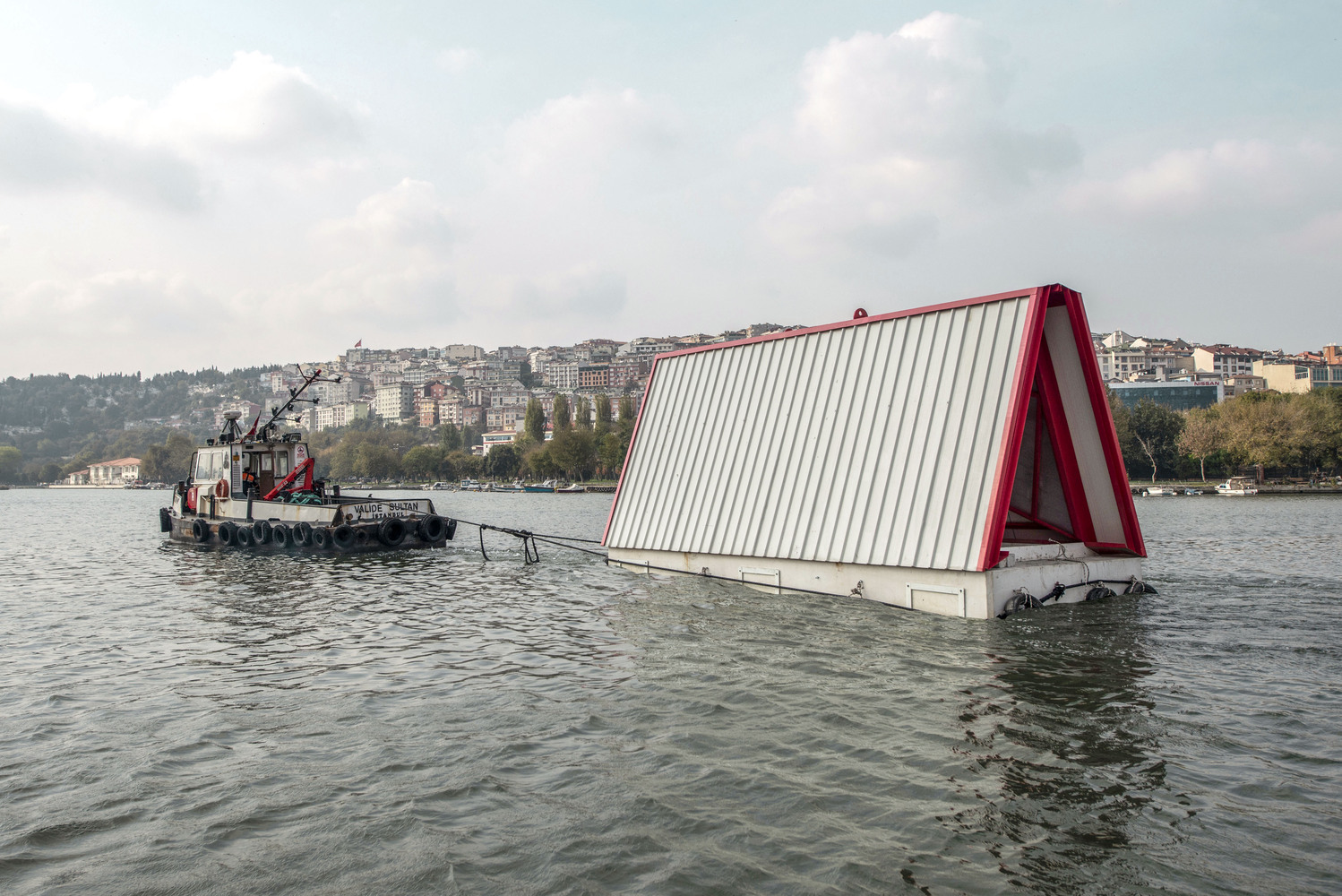 ★ According to the Arch Daily, a website on architecture, Istanbul-based SO? Have designed and built a prototype floating structure for post-earthquake relief.

Named "Fold and Float" is made of light foldable steel structure specifically designed for emergency situations.


★ According to the Financial Times of London, Turkish lira sustained fresh blow in a gloomy start to 2019. Currency has dropped close to 4% in turbulent kickoff to new year, marked by rising concerns over the global economy and angst that improving inflation data could prompt the central bank to prematurely reduce interest rates.

★ Durmuş Yılmaz, a former governor of Turkey's central bank, claims that the bank's cash will be used by the ruling party to fund the party's campaign for the March local elections.

★ According to Turkey's Trade Ministry, the country's exports grew at the slowest rate in four months ending December. Exports to Germany and Italy fell while those to Great Britain leveled off.

Turkey has been struggling to improve its trade deficit. In 2018 the trade deficit shrank by 28% but still stood at $55 billion, about one third of the value of Turkish exports in magnitude. The declining exports is not good news for this goal. Experts are saying that Turkey will now focus on reducing consumption, especially of imported items.

★ The play "I am Don Quixote", which opened on December 1 in Istanbul, has sold out every performance.

The play combines magic with theater.

The premier of the play will be on January 10 at Istanbul's DasDas Stage.

★ Sabancı University's Sakıp Sabancı Museum will continue its adult education with a program titled "12 Master Directors: Film As an Art".

The first member of the Turkish Cinematheque Association and an employee of the French Cinematheque Jak Shalom will talk on January 10 to start the education program. Shalom's talk will cover 12 representatives of different countries such as Sergei Eisenstein, John Ford, Akira Kurosawa.

The program will show sections from the films in the original language with Turkish subtitles. They will also be compared to works in other art forms.

"12 Master Directors: Film As an Art" program will end in March.

Jak Shalom, born in 1946, was the director of Turkic Languages and Civilizations at Paris National Eastern Languages Institute between 2006 – 2012 and assistant director of Eurasia Division between 2009 and 2012.

Between 1999 and 2012 he was the Director of Theater at Les Teintureries Theatre School at Lausanne, Switzerland. Since 2015 he teaches the lectures "Cinema and Audience: Sociological Debate and Twelve masters: Film As Art" at Boğaziçi University. He holds the rank of officer of France's Art and Literature order. 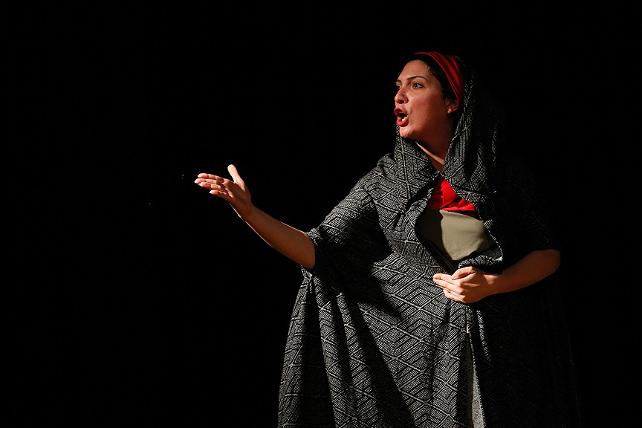 ★ A group of artists in Turkey's Aegean city of Izmir is covering the tragedy of the human migration and migrants that is occupying the world agenda these days in a play.

The play named "Nobody" specifically concentrates on the experience of migrant women.

In the play, the story of a woman named Azerin is told. Azerin is forced to leave her country after the city that she lives in is bombed. Along the way she meets other migrant women and their stories are also told.

The director of the play Ömer Polat says that it is the last in a trilogy. The previous two place in the trilogy were "The Mind of Media" and "Hotel Broken Mind".

Polat says that Azerin's story is based on a true story with real people. After its first showing in Izmir, the play will be on stage in Istanbul. 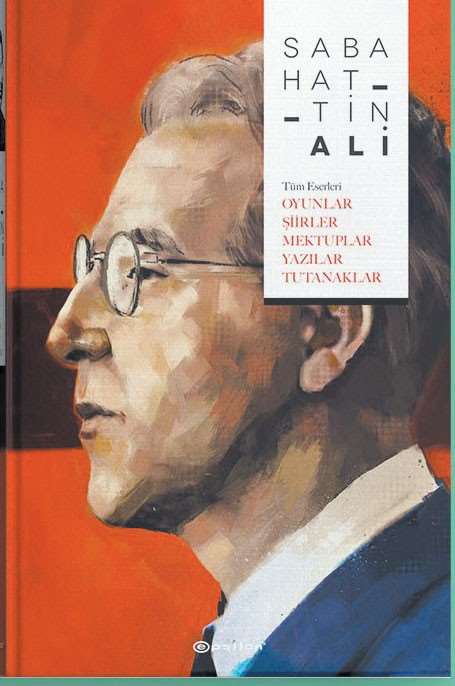 ★ With the advent of 2019, copyrights of many works has expired. In Turkey, writer Sabahattin Ali's copyrights have also expired.

With the expiration, many publishers in Turkey rushed to publish Ali's novels.

One of Ali's novels, "Madonna in A Fur Coat" (1943) is considered one of the best novellas in Turkish literature. Its translations have recently hit the best sellers lists and has sold record number of copies in his country of birth.

Ali was murdered at the age of 41 in 1948, most likely by Turkey's national security service.


★ Turkey's Contemporary Education Foundation has been leading a project titled Young Talents. The project will celebrate its 10th year with a concert. 13 young musicians who are continuing their education with the support of the project will perform on January 7. The performance will be featuring various film music.

The 13 young artists will be joined by a recent graduate of the project, composer Burak Beşir, who continues his career in Los Angeles.

The Contemporary Education Foundation Young Talents project board has many renowned names in Turkish arts and culture. Among them are violinist virtuoso Cihat Aşkın, pianist and composer Fazıl Say, flutist Bülent Evcil and classical and contemporary music conductor İbrahim Yazıcı 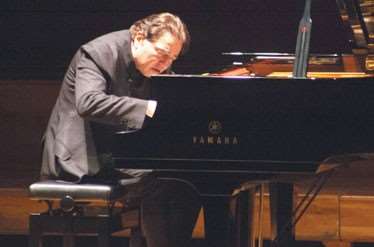 ★ Turkey's renowned pianist and composer Fazıl Say will meet with his fans in Turkey's central Anatolian city of Konya on January 17.