Ahmet Toprak is the editor-in-chief. Your broadcast host is  Fuad Tokad.

NEWS
★ According to the British daily The Times, a former Turkish deputy prime minister who broke with President Erdoğan is launching a new party today to challenge his former boss.

He had opposed the shift from a parliamentary to a presidential system, which was confirmed in a referendum in 2017 and greatly strengthened Mr. Erdoğan's powers.

"Today's need is to make Turkey a livable country for its citizens, grounded on universal values, reviving fundamental principles of freedoms, democracy and rule of law," Mr. Babacan said. "It's not possible to realize this with the current government." He said that he wanted his party to occupy the center ground of Turkish politics.

Mr. Babacan is supported by Abdullah Gül the former Turkish president who co-founded the Justice and Development Party with Mr. Erdoğan in 2001.

According to Reuters, another defector, Ahmet Davutoğlu, also formed a party in December 2019. Dr. Davutoğlu served as a prime minister from 2014 to 2016.

Davutoğlu criticized Mr. Erdoğan and the Justice and Development Party's economic management, and accused it of curbing basic liberties and free speech.

On Thursday Turkish authorities also temporarily shut down schools and universities, and asked that sports events take place without fans. They are also asking all citizens returning from abroad to self-isolate.

Also, the Anatolia News Agency reported that no visitors are allowed in the Turkish Parliament in capital Ankara until the end of March.

The Ministry of Transportation announced that all flights to and from Germany, France, Spain, Norway, Denmark, Austria, Sweden and the Netherlands were suspended until mid April. The flights to China, Iran, Iraq, Italy and South Korea were suspended back in February.

And Saturday Turkey added a ban on road and air travel to neighboring Azerbaijan and Georgia, news outlet T24 reported.

Read more >> here <<
★ In related news, VOA's Umut Çolak and Murat Karabulut report that after the Turkish health ministry confirmed the country's first coronavirus case, people have been flocking to pharmacies, grocery stores, and other outlets to prepare for a potential nationwide pandemic.

Now there is a shortage of supplies like facemasks and sanitizers, and a significant price increase in these items.

Emin Çölaşan, a veteran reporter, interpreted this as a sign of distrust by the Turks toward their government. ★ According to the Anatolia News Agency, a Turkish court on Friday sentenced three human traffickers who caused the death of a three-year old Syrian toddler in 2015 to 125 years each in prison.

The death of the toddler made headlines around the world. Read more >> here << ★ The National Public Radio carried two news articles by reporter Joanna Kakissis about Uyghurs in Turkey this week. The first one says that Uyghurs don't feel safe in Turkey anymore. China is putting pressure on Turkey to return Uygur exiles, especially activists, to China, and the Chinese authorities promptly put them into jail.

The article mentions that Turkey has been home to Uyghur exiles since 1952. It estimates the number of exiles to be 35,000.

The second article reports on an Uyghur school for children without parents. Most of the parents have disappeared into Chinese jails and concentration camps. The children have made it to Turkey either with others or, their parents have dropped them off there.

Some of the children have been suffering from trauma. Russian S400 and US Patriot missiles
★ According to Reuters, the U.S. has offered to sell Turkey its Patriot missile defense system if Turkey promises not to operate a rival Russian system, Turkish president Mr. Recep Tayyip Erdoğan said, in what he called a significant softening in the U.S. position.

Two Turkish officials told Reuters that Turkey was evaluating the U.S. offer but that Turkey had not changed its plans for the Russian S-400 systems, which it has said it will start to activate next month. Read more >> here <<

With the fighting escalating in northern Syria and Turkey's deployment of troops there, Turkey asked the U.S. and its other NATO allies for patriot missiles to be deployed on the Turkish-Syrian border. The allies turned down this request since the fighting is outside the borders of Turkey.

★ Two years ago Turkey and the European Union had arrived at a deal to keep refugees from Syria in Turkey in exchange for financial aid.

However, with more Syrians at the Turkish border trying to take refuge from the ongoing war there, Turkish president Mr. Recep Tayyip Erdoğan said two weeks ago that more than 3 1/2 million refugees in Turkey will be allowed to travel to Europe.

Afterward thousands of migrants arrived at the Greek border and some started crossing the Aegean Sea with boats towards the Greek islands immediately.

The following is a summary of the headlines in developments this week on the migrant crisis:

- VOA: Turkey's president demands the European Union and NATO to give more support for Syrian refugees despite European anger over Turkey's decision to open its borders to Europe.

- Deutsche Welle: Syrians in Germany on the Greek-Turkish border crisis: "Erdoğan misusing refugees. He is using them for his own ends and he is playing with their lives. That's why they have to be helped." Read more >> here <<

★ A Turkish court has ordered the release of the 49-year-old Yilmaz S., who had worked for the German embassy in the Turkish capital Ankara and was arrested in September on espionage charges, reports Deutsche Welle.

The court did, however, impose a travel ban for the lawyer and set a case hearing date of April 22. Yilmaz's lawyer said his client was set to be released from Ankara's high-security Sincan prison later on Thursday.

According to Germany's foreign affairs Ministry he was engaged in "customary" activities. Germany has paused all work with cooperating lawyers since Yilmaz was arrested in September.
ARTS AND CULTURE

★ Blending electro-pop and downtempo genres and instrumental vocal elements in their sound, Belgian duo R.O x Konoba will be at Istanbul's Babylon on March 19th. 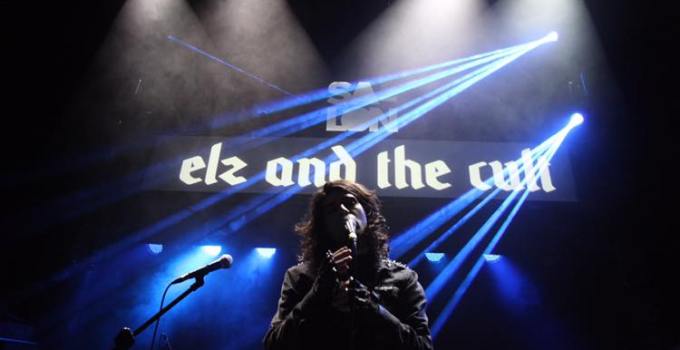 Brek's 2018 debut album "TV Juice" featured songs in English composed completely by Brek as a result of long bedroom shifts. His music swims on the shores of dream pop, synth pop, new wave and krautrock, and is defined as smoky and atmospheric. He could not slow down with "TV Juice". His second album "Microwave Surf", this time with lyrics in Turkish, caused a wave of shock, admiration and excitement. His 2019 album "ÖLÜPOP" doubled up our excitement. He will be at Salon to unveil the mystery on his live performance for the explorers of new music.

Elz and the Cult succeeded in drawing considerable attention from the media with their 2017 new wave-inspired single "I Did This To Myself" both in Turkey and abroad. Briefly after, the band released their debut studio album "Polycephaly". They won the Akademia Music Awards in two categories, and in the same year was nominated for Hollywood Music In Media Awards along with nominees including such artists as Sam Smith and Diane Warren. ★ Swedish singer/songwriter Jay-Jay Johanson, infuses the measured, slow-burn aesthetics of downbeat and trip-hop with the metallic pulse of electro-pop, resulting in his own signature brand of film noir-imbued electronic melancholy.

He will be at Istanbul's Zorlu PSM studio on March 21. 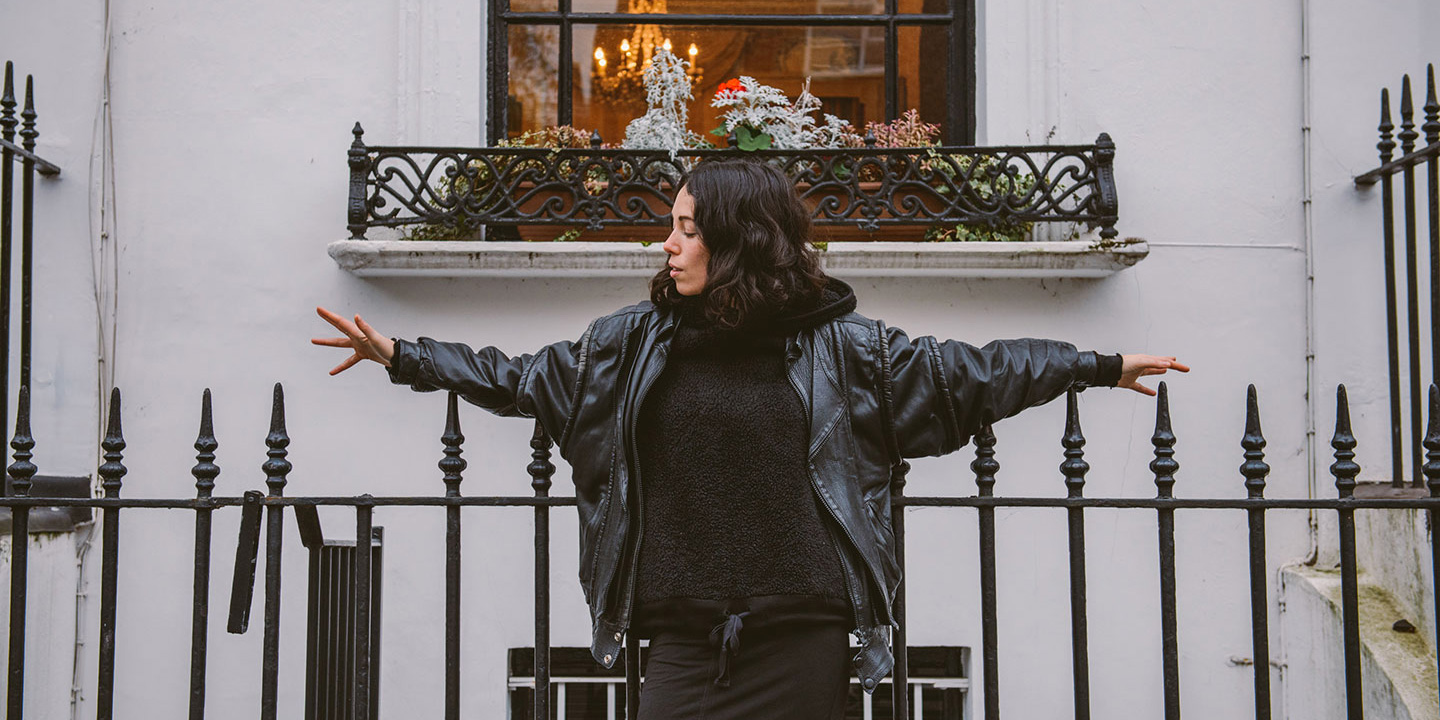 ★ Blending ambient and minimal techno, techno-pop and dream-pop genres with her unique sound in her creations, London base producer, songwriter and musician Kelly Lee Owens will be Istanbul's Babylon's guest with her DJ set on March 21st, within their "License to Dance" series.

Sharing her first singles "Lucid" and "Arthur" inspired by Arthur Russell in 2015, Kelly Lee Owens started her career by collaborating with Daniel Avery.

Making her name with the remixes she did to names such as St. Vincent, Björk, Jenny Hval and Mount Kimbie, she also shared her covers of Aaliyah and Tegan & Sara with her listeners. With her first album named after her, she received credit from platforms such as The Guardian, Mixmag, Vogue and Pitchfork, and entered lists of best albums. Having performed in festivals such as Roskilde, All Points East, Montreux Jazz Festival, Pukkelpop, Pitchfork Festival Chicago, Greenman, Kelly Lee Owens shared her latest single "Luminous Spaces" with Jon Hopkins, with whom she shared the stage multiple times.

★ Istanbul Modern's International Artist Residency Program, launched in October 2018 with the support of the Istanbul Development Agency, brings together ten artists from different regions of the world to collaborate with local craftspeople in Istanbul.

Invited to rethink and experience Turkey's cultural values with a contemporary attitude, the artists researched various crafts in Istanbul and created new works in the workshops of, and in collaboration with, craftspeople of their choice. These works will be exhibited for the first time in the "Guests: Artists and Craftspeople" exhibition. In addition to these new works, the exhibition will portray the artists' processes of research and production in Istanbul and their sources of inspiration and interaction in the city. It will also provide information about the artisans who took part in the project.

The exhibition started on February 26 and will continue through August 23.

★ The Turkish capital Ankara has many activities next week. Here is a list of some of them:

- March 15, at Panora Art Center: after an director Munir Canar and his troop will stage at play titled "Looking for a Liar".

- March 15, at MEB Şura Hall: Sam Bobtick's play titled "One of the People" will be on the stage. The actors will be Levent Ülgen & Galip Erdal and the director is Bahtiyar Engin.

- March 16 and 17, at IF Tunus: Murda will be performing as part of his Turkey tour.

- March 17, at MEB Şura Hall: Sir William Golding's "Lord of the Flies" will be on stage.

EXCHANGE RATE for the U.S. dollar in Turkish Liras: 6.31
WEATHER

* Results for week: 25 * In games played so far this weekend: * Standing in the league as of week ending 25
ANNOUNCEMENTS