★ According to Deutsche Welle, hopes for a breakthrough in quelling the rising tensions in the eastern Mediterranean Sea dimmed on Thursday after Greek officials denied that they had agreed to talks with regional rival Turkey.

NATO chief Jens Stoltenberg announced that the two sides had agreed to "technical talks" to avoid accidental military clashes in the region.

"I remain in close touch with all concerned allies to find a solution to the tensions in the spirit of NATO solidarity," he said in a statement posted on Twitter.

Turkey's foreign affairs ministry issued a statement backing the NATO initiative, adding that the talks are not intended to solve bilateral problems but rather will focus on the actions of the two countries' militaries.

On Saturday, Turkish president Mr. Erdoğan said that Greece will either enter talks with Turkey over the disputed waters in the eastern Mediterranean or face consequences.

In related news, Turkey has urged the U.S. to reconsider lifting a 33-year arms embargo against Cyprus, saying it will hurt regional stability.

Turkey is also in conflict over oil and gas exploration rights in the eastern Mediterranean with the Cypriot Greeks.

Turkey has been moving away from its former stance as a NATO member and a key ally for Israel in the Muslim world, and starting to resemble Iran more, Ignatius said.

Erdoğan's secret is that he has assiduously stroked President Trump's ego. He places regular calls to the White House and plays to Trump's idea of personal diplomacy. Trump bragged last month that a "top leader" had asked him to call the Turkish president, saying: " 'You're the only one he respects. . . . You're the only one he'll listen to.' "

One of the reasons for the current crisis in the Mediterranean is Turkey's return to the region as an imperial power fantasizing about its history, Macron said in a video speech on Thursday.

Macron made his speech originally on August 29 for the Lugano Forum on the Middle East and the Mediterranean.
★ An op-ed in The National Interest said on Friday that Turkey and the United States face a strategic imperative to salvage their relationship and prevent NATO from "permanently" weakening. ★ Turkish officials have announced the capture of an "emir" of the "Islamic State" and said the group had been plotting to kidnap several politicians.

The authorities discovered that the suspect was receiving orders from Iraq and Syria after seizing his computer and other "digital material."

Police announced that a further 11 people were arrested in the raids who were under orders to carry out attacks across Turkey.

In a report published last month, U.S. European Command said Turkey remained a "major facilitation hub" for the militant group, noting that it uses the country "in particular to facilitate money movements."

However, the report noted that Turkish security forces have "increased their counter-ISIS activities in Turkey this quarter while improving their security presence along the border with Syria and Iraq."

The "Islamic State" has claimed responsibility for several attacks in Turkey, including an attack on an Istanbul night club during New Year celebrations three years ago that killed 39 people and injured dozens more. 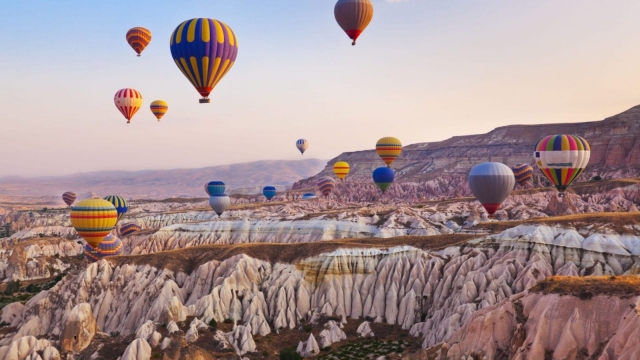 ★ According to Georgia Bronte of iNews of Britain, Turkey could be the next country to be added to the UK's quarantine list, as the country becomes the latest in Europe to record an increase in coronavirus cases.

Turkey is a popular destination for British holiday-makers, every year around 2.5 million go to Turkey.

France, Malta, and Greece have been removed from the safe travel list in the past few weeks as they record increases in cases, meaning anyone arriving home from the countries will now have to self-isolate for two weeks upon their return.
★ Two lawyers arrested on "secret witness" testimonies appealed to the European Court of Human Rights, reports the Turkish daily Duvar. The Justice and Development administration has detained or arrested numerous lawyers in Turkey associated with opposition political movements and has defended political dissidents on terrorism charges.
★ Speaking of lawyers, a group of Istanbul lawyers beaten during a 2019 demonstration in protest of the government-appointment trustees, are facing charges of "battering" police officers in question.

The lawyers said in their testimony that they attempted to hold a press meeting in Istanbul's Çağlayan Courthouse on Aug. 20, 2019, but "were pushed outside with police shields, without even being given a warning."

Security footage of the incident backs up the lawyers' version of the incident.
★ The Committee of Ministers of the Council of Europe has urged Turkey to ensure the immediate release of jailed businessman and human rights defender Osman Kavala pending the Turkish Constitutional Court's forthcoming decision on his case. The Committee, tasked with monitoring the implementation of ECHR judgments, considered the Kavala vs Turkey judgment for the first time as Kavala completed 34 months held in pre-trial detention.

On Feb. 18, an Istanbul court acquitted Kavala and ordered his release. On the same day, he was taken into custody based on separate charges, concerning which the domestic court ordered his release on March 20. Kavala was placed in pre-trial detention based on a third set of charges on March 9.
★ ECONOMY


★ Turkey's economy shrank by 9.9 percent between April and June compared to the same period last year, the Turkish Statistical Institute reported on Aug. 31. While less sharp than expected, the drop in the gross domestic product was still historic compared to the first quarter at a seasonally and calendar-adjusted 11.0 percent, according to the Turkish Statistical Institute.

Turkey's agricultural industry grew by four percent, while the services industry shrank a dramatic 25 percent and industrial production diminished by 16.5 percent.
★ Turkish president Mr. Recep Tayyip Erdoğan extended a ban on companies laying off workers for another two months. The first ban was put into effect in March when the COVID-19 pandemic hit Turkey.

The Turkish government is also filing monetary aid to workers who are now working part-time or put on leave without wages.

Turkey's official unemployment rate is 12.9, but experts say its more likely to be around 25%. ★ The price of eggplant soared by 22 percent during August, accounting for the highest increase among a list of produce surveyed by the Istanbul Chamber of Commerce reports the daily Duvar.

High inflation and the troubled Turkish lira have resulted in a spike in consumer prices in both imported and domestically-produced goods.

In a survey of 242 consumer goods, 23 fell in price while 90 increased in price and 129 stayed the same in August.

Lemon prices rose by 19.17 percent and lettuce prices jumped up 15.47 percent, while zucchini prices climbed by 11.87 percent and cucumber prices increased by 10.15 percent.

Among the produce that declined in price last month included grapes, pears, potatoes, and okra. 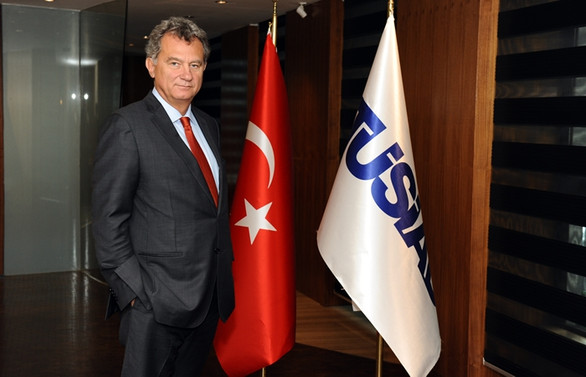 ★ On Friday Turkey's financial daily Dünya interviewed Simone Kaslowski, the head of the Turkey Industry and Business Association. Kaslowski said that Turkey should end a period of negative real interest rates and work to meet the expectations of foreign investors.

The time has come to increase investor confidence and to put an end to stubborn adherence to financial experimentation, Kaslowski said in the interview

Kaslowski said that manufacturing recovered strongly from the effects of the pandemic, but the outlook looked dim for the fourth quarter of the year. He added that since credit tools have been used excessively, next year will also be difficult.

Contrary to what economists say, Turkish President Recep Tayyip Erdoğan thinks that higher interest rates cause higher inflation rates. According to economists, Turkey's central bank spent tens of billions of dollars to defend the Turkish lira because of low-interest rates for the Turkish lira and high inflation.
★ The percentage of children with high satisfaction about life is drastically low in Turkey, a United Nations Children's Fund report card revealed on Sept. 3, ranking the country to have the lowest percentage of children with "reasonable" satisfaction, reports the daily Duvar.

The findings were based on U.N. statistics covering members of the Organization for Economic Cooperation and Development and the European Union.

Children aged 15 years were each asked to say how satisfied they felt with their life as a whole using a scale from 0 (worst possible life) to 10 (best possible life). Turkey ranked bottom at just 53 percent.
EXCHANGE RATE

EXCHANGE RATE for the U.S. dollar in Turkish Liras: 7.44