Emily Hawthorne is the Middle East and North Africa Analyst for Stratfor. Stratfor is an American geopolitical intelligence platform and publisher founded in 1996 in Austin, Texas, by George Friedman, a Hungarian-born U.S. geopolitical forecaster, and strategist on international affairs.

Hawthorne writes that the next four years under U.S. President-elect Joe Biden will test how much further Turkey can strain its ties with NATO and pursue military operations at odds with U.S. interests without triggering sanctions.

Hawthorne adds: Turkey and the United States find mutual value in their economic and security ties. But Turkey's determination to weaken its dependence on Western governments like the U.S. while deepening its political, economic, and security ties with Russia and China often clashes with U.S. imperatives and goals.

Despite this, the administration of U.S. President Donald Trump has largely shielded Ankara from sanctions proposed in Congress -- though that may shift once Biden takes office in January.

The enactment of deep sanctions under Biden, however, would only compel Turkey to continue diversifying its ties away from the West by exacerbating its existing frustrations with the United States, Hawthorne concludes.

Çakıcı's threat against Mr. Kılıçdaroğlu came after Mr. Kılıçdaroğlu's criticism of the government for allowing the release from jail of mafia leaders and drug traffickers in an amnesty law in April. The amnesty excluded the journalists and political prisoners' release.

The Nationalist Action Party leader Mr. Devlet Bahçeli said that he strongly backed the mafia boss, and called him a comrade and a patriot.

Analysts say that the Nationalist Action Party has designed the April amnesty with Çakıcı and others like him in mind.

The Justice and Development Party leadership and administration kept silent for quite some time. However, it announced on November 19 that an investigation has started into Çakıcı's threats.

Meanwhile, prominent members of the ruling Justice and Development Party also started criticizing Çakıcı. Bülent Arınç has said that Alaatin Çakıcı has not just targeted main opposition Republican People's Party chair Kemal Kılıçdaroğlu with his threats, but also parliament and democracy. Mr. Bülent Arınç is a founding member of the Justice and Development Party and a former deputy prime minister.

In related news, rapporteur on Turkey for the European Union Nacho Sanchez Amor has voiced support for Kemal Kılıçdaroğlu after Alaatin Çakıcı's threats.

★ Speaking of Bülent Arınç of the Justice and Development Party, on November 19, 2020, Mr. Arınç criticized the continued imprisonment of former pro-Kurdish Peoples Democracy Party co-chair Selahattin Demirtaş and philanthropist Osman Kavala. He called on judges not to rule for arrest unless it is an exceptional situation. "Demirtaş might be released. Osman Kavala needs to be released," Arınç said on a TV channel.

Mr. Arınç even advocated that people read Mr. Demirtaş's book that he wrote in prison about the Kurdish experience in Turkey.

On November 4, Demirtaş marked four years in prison. Turkish authorities arrested him on charges related to the rebel Kurdistan Workers Party in what the Peoples Democracy Party calls "a political coup."

Kavala has been in prison for over three years on one trumped-up charge after another.

Arınç's comments came after President Recep Tayyip Erdoğan said last week that Turkey was entering a new period in the judiciary and the parliament will prioritize new judiciary reform packages next year.

Justice Minister Abdulhamit Gül November 12 criticized the use of lengthy pretrial detention in Turkey. He said that there should be no basis for pretrial detention if:
Analysts are saying that with the judicial reforms package, Mr. Erdoğan's administration is trying to avoid the U.S and European Union sanctions.
★ In related news, Human Rights Watch and ARTICLE 19 on November 19, 2020 released a joint statement calling on Turkey to immediately release jailed former co-chairs of the Peoples' Democratic Party Selahattin Demirtaş and Figen Yüksekdağ.

The two rights groups said that the Turkish government distorted and perverted legal process to keep the People's Democratic Party politicians behind bars.

Turkey has been challenging Greece and Cyprus in the eastern Mediterranean on territorial waters by sending oil exploration vessels with military escort. Turkish Navy has been also conducting drills in the disputed waters. 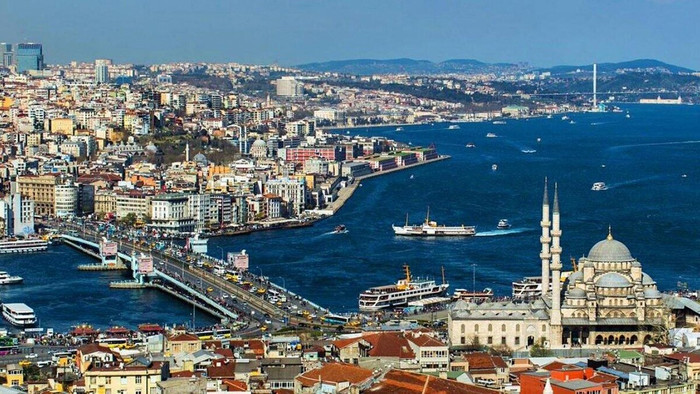 ★ Istanbul became the world's 96th most expensive city to live in according to The Economist Intelligence Unit, BBC's Turkish service reported.

The unit based its ranking on September data used by international companies to determine costs and wages of employees on trips abroad and is geared toward giving expats a budget projection.

★ Thousands of liters of wine produced in the Turkish capital Ankara's Atatürk Forest Farm were used to make vinegar and pickles, General Director Yener Yıldırım said in response to a Turkish parliamentary inquiry about the commercial wine, daily BirGün reported on November 19.

The ruling Justice and Development Party eschews the drinking of alcohol. 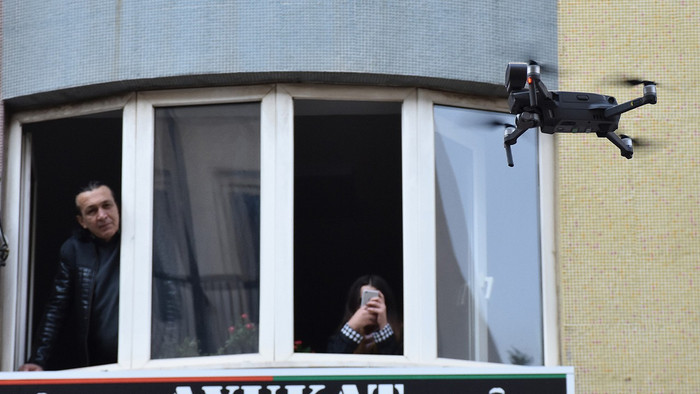 
★ The Turkish Physicians Association said on November 20 that its calculations based on data from 1,270 medics in 76 different provinces showed daily COVID-19 cases had surged to more than 47,500. It reported a 300 percent increase in coronavirus cases in November compared to October.

The Association statistics are many times higher than the official statistics of the Ministry of Health.

The Turkish Physicians Association board member Doğan Eroğulları criticized the government's management of the pandemic. "We have lost control of this pandemic. A mentality that puts all the blame on citizens and all the responsibility on health workers could not have succeeded, and it did not, " he said.

The Interior Ministry has said that Turkey's young and elderly citizens are exempt from the partial curfew imposed on them during the hours of Friday prayers.

All schools will also shift to online learning.

Also, Turkish police have started to employ drones to help enforce COVID-19 precautions in big cities. A video has emerged from Istanbul where a police drone is heard warning the public to wear masks while officers stand by.

★ According to Reuters, on November 19, 2020, Turkey's Central Bank hiked its key interest rate by 475 basis points to 15% and pledged to remain tough on inflation, meeting lofty expectations after President Recep Tayyip Erdoğan installed a new governor and heralded a new economic approach.

After the interest rate hike, the Turkish currency gained 15% against the dollar.

★ As we reported in the previous weeks, Saudi Arabia has an unofficial embargo on Turkish goods coming to the country.

According to the Turkish daily Dünya, the Saudi embargo resulted in a dramatic 49% contraction in Turkey's exports of ready-to-wear textiles.

Another blow to Turkish exports may come soon:

The Saudi Food and Drug Administration said in a recent statement that the country would cease imports of meat, dairy products, and honey as of November 15, 2020.

The underlying reason for the Saudi embargo is the dispute between Turkey and Saudi Arabia over foreign policy and attitudes towards Islamist political groups. The tensions escalated even more after the murder of Saudi journalist Jamal Khashoggi in the Saudi consulate in Istanbul in 2018.

EXCHANGE RATE for the U.S. dollar in Turkish Liras: 7.62
WEATHER

On Wednesday, however, the Hungarian team defeated the Turkish team 2-0 in Budapest.

With its defeat , the the Turkish team was relegated to Group C. If it could have defeated the Hungarians it would have been in Group A.

★ Turkish Freediver Fatma Uruk broke another record on the third day of her record attempts. Uruk broke her record from 72 meters in variable weight diving with no fins with a 77-meter dive on the first day. With this depth, Uruk also exceeded the world record for men that Italian diver Michele Tomasside has held with 76 meters.