NEWS
★ According to Stratfor, the U.S. Senate attached a rider on the National Defense Authorization Act that would require Countering America's Adversaries Through Sanctions Act sanctions on Turkey over its purchase of the Russian S-400 air defense system, Reuters reported December 4, 2020. The bill will also allow the United States to use the six F-35s once meant for Turkey but not delivered after Turkey received the S-400 system.

The National Defense Authorization Act typically passes without controversy. Although President Donald Trump has threatened to veto the bill unless it includes a measure eliminating certain legal protections for social media companies, the bill seems to enjoy a veto-proof majority of support. President-elect Joe Biden, however, has signaled he might take a tougher stance on Turkey over aspects of its regional actions.

In related news, outgoing Secretary of State Mike Pompeo criticized Turkey in his final NATO meeting this week. Among the things he criticized was:
Also, Senators Lindsey Graham and James Lankford wrote an op-ed in the Wall Street Journal that called for sanctions on Turkey for the purchase of the Russian missiles. They said: "Turkey has been an American ally since 1952. For decades Turkey worked to build a society open to people of all faiths and stood against Russian aggression. But a valuable ally has drifted."

He adds: "Domestic and foreign critics counter that there isn't yet a conspiracy, but if one does emerge, it largely will be due to his picking fights with his country's neighbors, including the European Union and Turkey's NATO allies. They are exasperated by his threats, whenever he is crossed, to throw open the doors for migrants to once again flock into Europe." 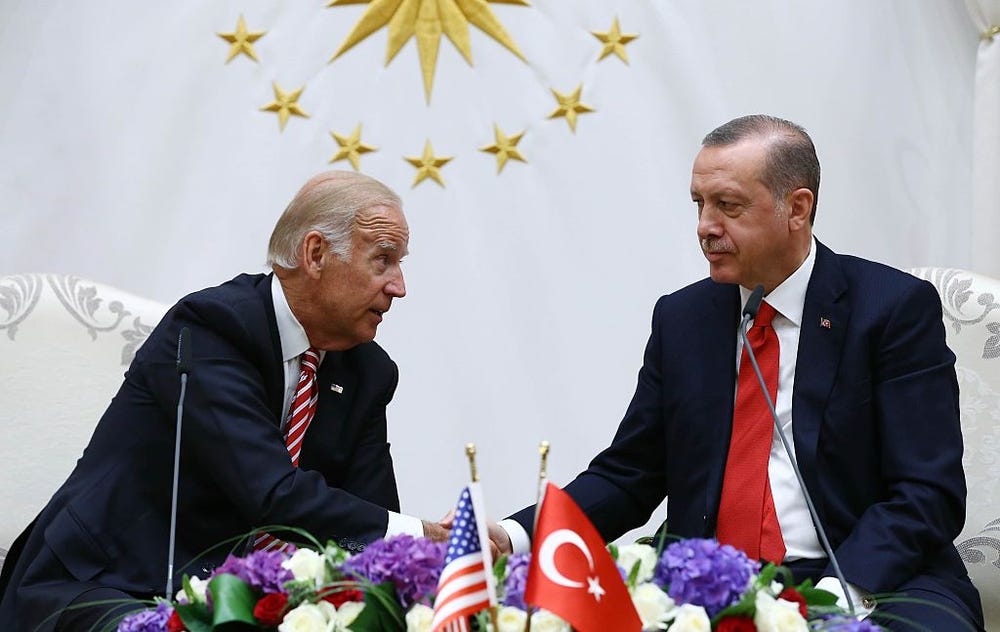 Left: Ambassador Volker. Right: Biden and Erdogan in a 2016 meeting.

In the article, ambassador Volker claims that until the justice and development party came to power, Turkey and the U.S. enjoyed a good relationship. However, the justice and development party first disagreed with the war in Iraq in 2003, then over the war in Syria. In Syria, Turkey is accusing the United States of supporting Kurdish terrorist groups.

Then in 2016, the Justice and Development Party administration and even some of the opposition parties blame the U.S. for the 2016 coup attempt. Most believe that followers of cleric Fethullah Gülen organized the coup. Fethullah Gülen has been living in the U.S. since 1999. And the U.S. denied Turkish requests to extradite him.

Turkey then purchased the S-400 air defense system from Russia despite NATO and U.S. objections.

Although both Obama and Trump administrations tried to improve the relationship with Turkey, they were not very successful.

But things may now be changing in such a way as to give the Biden Administration a fresh opportunity to engage, Ambassador Kurt Volker forecasts.

The impending U.S. pullout from Syria, Turkey's interest in countering Russian moves in the region, Turkey's faltering economy and finances, and the possible end of Erdoğan's power in Turkey may facilitate this fresh opportunity.

Ambassador Kurt Volker is a leading expert in U.S. foreign and national security policy with some 30 years of experience in a variety of government, academic, and private sector capacities. He served as U.S. Ambassador to NATO from 2008-2009. Both U.S. and Turkey are NATO members.

Two years ago, when Turkish President Recep Tayyip Erdoğan got executive powers with a referendum, he veered Turkey closer to Russia, alienating and antagonizing fellow NATO members, including the U.S.

Recent events have changed the calculus, the people said.

"Turkey's interests are increasingly at odds with those of Russian leader Vladimir Putin," the authors wrote.

"On the other hand, Turkey's footprint in the Middle East battle zones boosts the ability of the alliance to contain an expansionist Russia," they said.

Turkey is also trying to develop its defense industry, preferably through the production of tanks, missiles, and warplanes with NATO allies. The Russians have not so far delivered on expectations that it would transfer technology used in the advanced S-400 missiles Turkey bought.

Turkey does not recognize the extended maritime borders of Greek-led Cyprus, and it says Greek-led Cyprus should share any oil and gas discoveries with the Cypriot Turks.

The United Arab Emirates, Greek Cyprus, and Egypt have a defense cooperation agreement.

In related news, according to Reuters, the president of the European Council Charles Michel said: "Turkey must stop its provocations and its hostile rhetoric" and stop a game of "cat-and-mouse" in the eastern Mediterranean.

Reuters writes that the European Union's political leadership will consider sanctions against Turkey on December 10, 2020.

The article points out that the Turkish government considers the areas near Cyprus and Greek Islands an extension of its continental shelf and that it has the right to search for oil and natural gas in these areas.

Speaking of the European sanctions, the vice president of the European Council Margaritis Schinas says that the union is preparing for not only short-term, but also medium and long-term sanctions against Turkey.

"Almost a year to the day after the European Court for Human Rights issued a binding judgment finding that the detention of Osman Kavala is politically motivated, today's resolution demanding his immediate release sends a clear message to the Turkish authorities that his continued imprisonment cannot and will not be tolerated."

"The Turkish authorities have no choice but to release Osman Kavala and drop the criminal proceedings against him," he added.

The European Court of Human Rights found that Osman Kavala's extended detention had an "ulterior purpose, namely to reduce him to silence as an NGO activist and human rights defender, to dissuade other persons from engaging in such activities, and to paralyze civil society in the country," the Amnesty International press release added.

Osman Kavala has been in pretrial detention since November 2017. 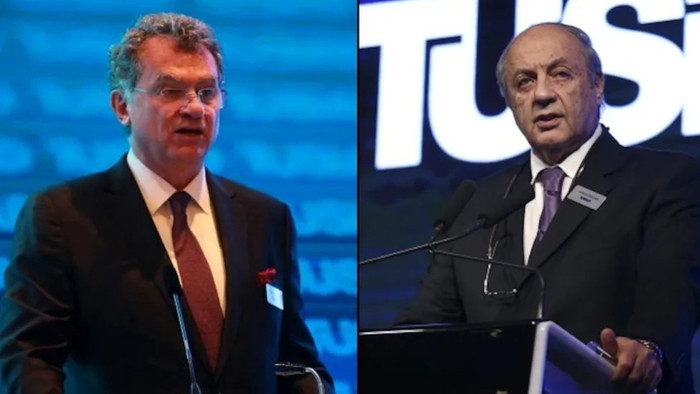 ★ The Turkish Industry and Business Association had an advisory meeting on December 3, 2020.

At the meeting, the president of the Association Simone Kaslowski said:

The rule of law and a reliable judicial system that works quickly and fairly will pave the way for permanent and sustainable growth, ensuring the flow of investment capital into the country, Turkish daily Duvar reported.

Tuncay Özilhan, the head of the Association's High Advisory Council, said that the leaders are likely to make fewer mistakes in an environment that allows "ideas and criticisms to be expressed freely and has pluralistic and free media."

Turkish President sacked the finance and economy minister, who was also his son-in-law, and the head of the central bank recently.

The Turkish currency lost 40% of its value over the past two years against the dollar, causing significant concern for Turkish companies that owe dollar-denominated debts. The Turkish central bank spent billions of dollars defending the Turkish currency unsuccessfully for several months. Analysts say that the central bank has depleted all its foreign-currency reserves, which the government denies.

★ The Turkish Statistical Institute released the inflation figures for November. The official rate jumped to a 15- month high of 14% from 11.9% in October.

Independent economists calculate the actual rate to be around 30%.

★ Turkish economist Atilla Yeşilada said in a television debate on Thursday, December 3, 2020, that Turkey would soon need to seek assistance from the International Monetary Fund.

The ruling Justice and Development Party administration had been very critical of the international monetary fund over the years and resisting talking to it. 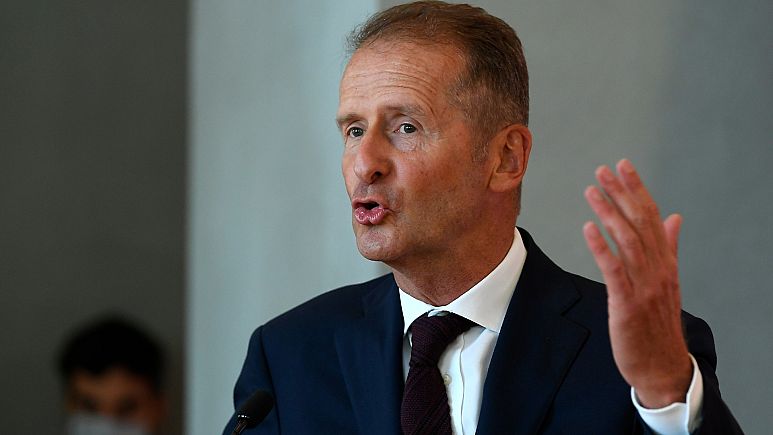 
★ According to Euronews, Herbert Diess, CEO of Volkswagen, said the company had abandoned plans to open a new factory in Turkey because the Volkswagens works council was against the Turkey plant, and the shareholders expressed concerns for the political situation in Turkey.

The plant would have been a $1.2 billion investment. ★ The Turkish Chamber of Architects Ankara branch said that it would file a lawsuit against the mining operations of a Canadian company in central Turkey, reports the Turkish news site Bianet.

The Centerra Gold will be mining gold in Turkey's Nevşehir province in a wooded area. The mayor of the local town where mining activities will take place said that the mining activities could contaminate the drinking and irrigation water in the area.

The locals also said that the company cut down trees in the area.
SPORTS