NEWS
★ Mass vaccination programs have started here in the U.S. and around the world against the coronavirus pandemic.

Among the vaccine developers, Pfizer and its partner German company BioNTech are in the forefront.

The founders of BioNTech are two Turkish doctors Uğur Şahin and Özlem Türeci.

According to the Wall Street Journal's podcast, Dr. Uğur Şahin says that he designed the vaccine in just a few hours in January 2020.

Food and Drug Administration has approved the Pfizer BioNTech vaccine for use in the U.S.

★ An Istanbul court on December 18, 2020 rejected an appeal by philanthropist and businessman Osman Kavala and said he had to remain in pretrial detention. He has been in jail for over three years now.

The court also ruled that the next hearing of the second trial against Kavala will occur on February 5, 2021.

Earlier, Kavala told the court that the fresh indictments against him have no basis in reality and include the most extreme examples of unfounded and unsubstantiated illogical charges.

★ Turkey's opposition has said that the ruling Justice and Development Party is rushing to pass a draft law on countering the financing of proliferation of weapons of mass destruction. The law is for mitigating the risk of being placed on the financial action task forces gray lists for flocking measures to combat money laundering.

Opposition MPs have slammed the Justice and Development Party for using the relevant draft bill as a cover to exercises control on NGOs as the bill also includes articles that allow the government to appoint trustees to NGOs.

The source who requested anonymity said the last of the evacuations completed on December 17 night. The military redeployed the forces to the territory Turkey-backed forces control under an understanding reached with Russia.

★ As we reported in our news last week, the U.S. Congress sent a bill to President Trump, which included sanctions against Turkey. President Recep Tayyip Erdoğan has deemed CAATSA sanctions on Turkey a blatant attack on Turkey's sovereignty. He noted that the country is determined to boost its military industry to the top.

The U.S. is sanctioning Turkey for purchasing Russian defense systems that the U.S. and its NATO allies say Russia would use to spy on NATO defenses and the new aircraft jointly built in the U.S.

★ The European Union may also be sanctioning Turkey. Turkish foreign affairs minister Mevlüt Çavuşoğlu on December 14, 2020 said that Turkey would not change its position with regards to its rights in the eastern Mediterranean because of possible European sanctions or criticism.

"It is out of the question for us to abandon our rights and interests in the eastern Mediterranean because we will face sanctions or the European Union will criticize us, Çavuşoğlu said.

★ The Turkish government's rhetoric of the beginning of a new era of economic and political reforms continued on December 16, 2020. Naci Ağbal, the newly-appointed governor of the Central Bank of the Republic of Turkey, announced in a long-delayed presentation to journalists and economists that the central bank will not buy or sell foreign exchange to determine the level or direction of the exchange rates.

★ Istanbul's cafe and bar workers staged their third silent protest against the government's pandemic management on December 18, 2020, and dedicated the demonstration to their coworker Duran Ay. The press reported Ay's suicide due to poverty on December 16, 2020.

Turkey's service industry was perhaps the area hit the hardest by the pandemic, as employees have been effectively unemployed with no state assistance since March.
ARTS AND CULTURE 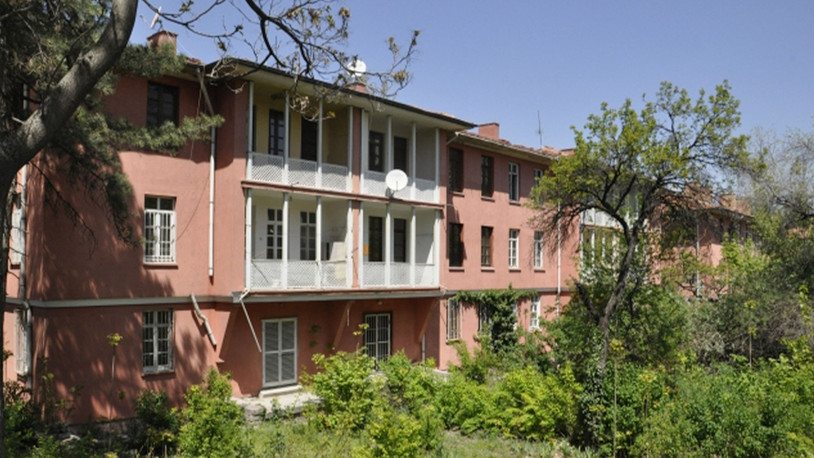 ★ According to the Turkish daily Duvar, the Ankara's Chamber of Architects in the Turkish capital will sue the Çankaya District Municipality for the destructive "restoration" of the Saraçoğlu Neighborhood, the first public housing project in Turkey's history.

German professor Paul Bonatz, who did not get along with the Nazi regime and moved to Turkey in 1943, designed the building. 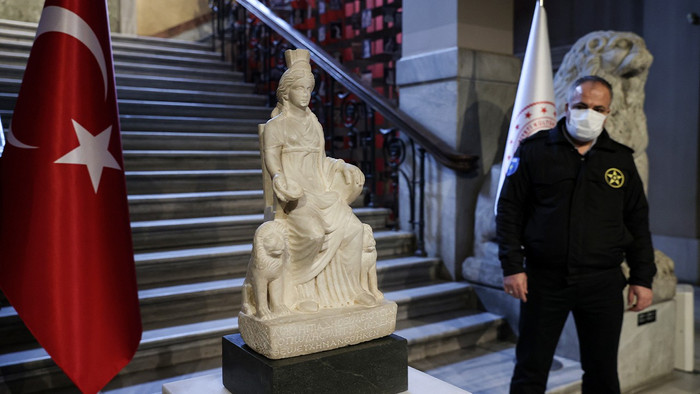 ★ A 1,700-year-old small statue of Cybele, the goddess of fertility and wealth, was transported back to its "homeland" Turkey on December 13, 2020.

According to experts, the statue dates back to the third century. Smugglers took it abroad from Turkey in the 1970s, but experts traced it back to its Anatolian roots thanks to the marble type and sculpting techniques used in its creation.

The statuette re-emerged in 2016 when an Israeli citizen applied to transport the artifact to the United States for an auction.

The subsequent legal proceedings between Israel and Turkey's Tourism and Culture Ministry returned the Cybele statue to Istanbul, where it will be on display at the Archaeology Museum.

EXCHANGE RATE for the U.S. dollar in Turkish Liras: 7.68
SPORTS

★ The European Women's Artistic Gymnastics Competitions just ended in Turkey's Mediterranean province of Mersin. Ukraine came in first. Here is a list of the rankings by nation:

★ In the Euroleague basketball competitions, the Turkish teams Fenerbahçe and Anadolu Efes both lost to their opponents last week.

* Results for week: 12 * In games played so far this weekend: * Standing in the league as of week ending 12
ANNOUNCEMENTS