NEWS
★ According to Stratfor, The results of a foreign policy-focused European Union summit signal that bilateral tensions with Russia will continue while a more pragmatic approach to Turkey is possible.

The leaders approved granting an extra 3 billion euros to Turkey over the next three years to continue the migration agreement between the European Union and Turkey, while Germany proposed to restart negotiations to upgrade the customs agreement. ★ On June 24, Stratfor also wrote an article about the June 14 meeting between Pres. Biden and his Turkish counterpart Erdoğan.

The first meeting between the two indicates bilateral relations will remain strained but pragmatically stable in the near term. But U.S. and Turkey still have many unresolved disputes, combined with the controversial moves of Erdoğan and his allies to centralize power, which will leave open the potential for future tensions that could escalate into new U.S. sanctions, the article said.

The article listed the following issues between the U.S. and Turkey:

Extradition of Fethullah Gülen. Gülen is a Turkish preacher who lives in the U.S. Turkey wants Gülen tried in Turkey for instigating a 2016 coup attempt. The United States is not likely to extradite him since U.S. authorities are not convinced that the preacher was the mastermind behind the coup attempt.

Turkey's purchase of the Russian S-400 missile defense system in 2017. The U.S. is alarmed by budding Russian-Turkish defense ties and the potential for the Russian electronics on the S-400s to spy on NATO fighter jets. The U.S. removed Turkey from the joint fighter development program and imposed sanctions.

Turkish complaints that the U.S. is supporting the Syrian Democratic Forces: Turkey sees these forces as an extension of the rebel Kurdistan Workers Party. However, the Biden administration does not want to cut ties with the Syrian Kurds since they are effective against the Islamic State in northern Syria.

Turkey's human rights record is another friction point between the U.S. and Turkey.

★ We told you about a shooting at the Izmir offices of the pro-Kurdish Peoples Democracy Party last week.

Dorian Jones of the VOA reports that tensions are high in Turkey after the shooting. Opposition is accusing the Turkish government of stoking political tensions.

Removing the Peoples' Democratic Party from the electoral equation would serve a dual purpose: Handing Erdoğan's coalition a larger share of the parliamentary seats while pressuring a fragile alliance that has emerged between the Peoples' Democratic Party and the mainstream opposition, which was historically wary of aligning itself with Kurdish-identity politics for fear of alienating parts of its own base, Hannah Lucinda Smith writes.

★ According to Lisa Schlein of VOA, U.N. agencies warn of a humanitarian catastrophe if the Turkish border crossing into northwest Syria is closed, preventing aid agencies from delivering life-saving assistance to millions of Syrians displaced by war.

In the next two weeks, the U.N. Security Council will decide whether the Bar al-Hawa crossing at the Turkish border will remain open. It is the last remaining border crossing through which aid agencies can transport humanitarian into Syria.

★ According to Reuters, the U.S. will seek to extradite a Turkish businessman from Austria so he can appear before a U.S. judge in Utah.

Sezgin Baran Korkmaz laundered more than $133 million in fraud proceeds through bank accounts that he controlled in Turkey and Luxembourg, the Justice Department said.

Austrian authorities arrested Korkmaz on June 19. Turkish prosecutors are also investigating him and detained ten executives working in his company in December 2020.

Turkey is also seeking his extradition. 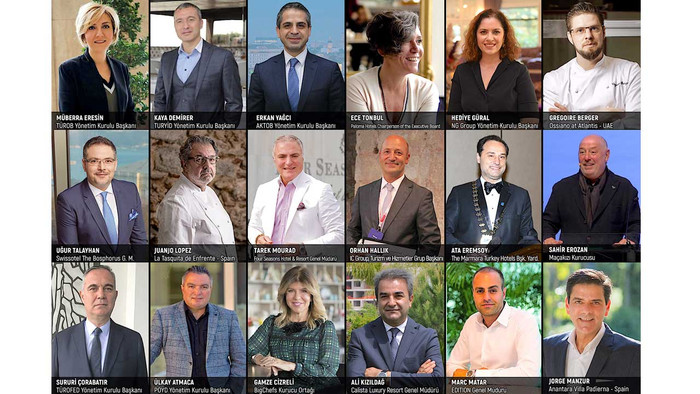 ★ The First International Tourism Gastronomy and Hospitality Summit has taken place in Turkey's Mediterranean province of Antalya on June 23 and 24.

Dubbed the FSUMMIT, the goals in the event were promoting Turkey's natural beauties, regional and local gastronomic values, and making Turkey the focus of gastronomy tourism. FSUMMIT brought together hotel and restaurant professionals, investors, managers, gastronomy and tourism professionals, and local and international chefs.

FSUMMIT has dealt with many topics such as:  and covered the theme of diversification in hospitality in its first year. 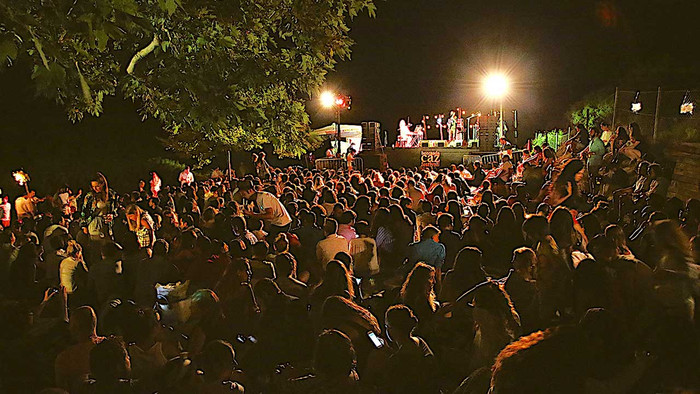 ★ Bozcaada, one of the Turkish islands in the Aegean Sea, will hold its jazz festival from August 20 to 22. The event has been taking place since 2017.

3dots and Fermente are organizing the fifth edition of the festival with the contributions of the Ministry of Culture and Tourism and the Turkish Tourism Promotion and Development Agency.

In the inspiring nature of Bozcaada, international musicians from different generations will meet with the audience. In addition, attendees will participate in various activities, including contemporary art and gastronomy.

The festival aims to make a lasting and sustainable contribution without damaging the nature of Bozcaada, which gives its name and hosts it and offers breathing space for everyone. 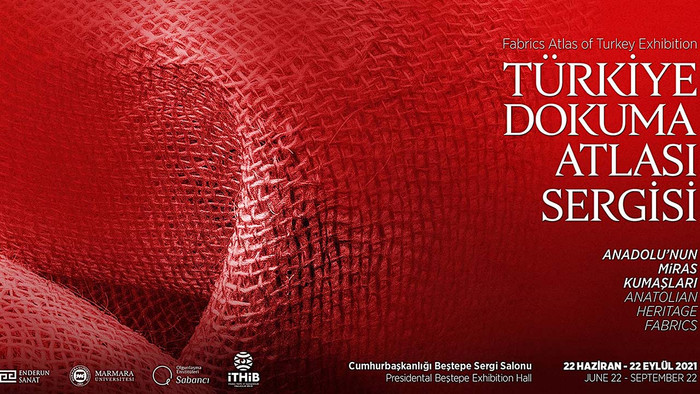 ★ Aiming to bring Anatolia's weaving memory of thousands of years to light, the Turkish Weaving Atlas project is bringing together Turkey's local weavings for the first time.

The Weaving Atlas Exhibition, prepared as part of the project, opened on June 22.

The project is taking place under the auspices of President's wife Ms. Emine Erdoğan. One other goal of the project is to revive the traditional weaving in Turkey and promote them internationally.

The project aims to take centuries-old fabrics out of storage, bring them to the world of design, and transform them into economic value. As part of the project, organizers are also planning to produce traditional weavings in their original forms to support local development.

At the first event of the project, 151 types of weaving collected from various regions of Turkey are on display. There are also pieces from Ottoman fabrics in the Yusuf Iyilik collection. In the exhibition, one can also see designs created by young designers inspired by traditional fabrics.

The exhibition is open six days a week for the next three months. ★ The 11th Antalya International Theatre Festival, organized by the General Directorate of State Theaters, is continuing in Turkey's Mediterranean province.

On the third day of the Festival, Diyarbakir State Theater staged the play Madonna with Kurdish Mantle.

The festival aims to showcase today's theater on the stage of the past. In the coming days, Kulunka Theater from Spain will perform Loneliness, and Makhambet Kazakh Academic Drama Theater will meet art lovers with the play Solitude.

The festival ends on July 1. ★ The General Directorate of State Opera and Ballet will launch the 12th International Istanbul Opera Festival with a gala concert on Thursday, July 1 evening.

The concert will feature 15 soloists, accompanied by the Istanbul State Opera and Ballet Orchestra, on stage at the same time. Can Okan will be conducting the orchestra featuring works by Wagner, Mozart, Rossini, Gounod, C. Saint-Saens, Massenet, Bizet, Verdi, and Puccini. ★ The local flavors of Turkey's Eastern province of Malatya will be promoted at the Gastro Show in Istanbul on June 28-30.

The Gastro show will take place at the Istanbul Convention Center with the motto Seven Cities, Seven Regions, Seven Countries.

The visitors to the fair will taste different and delicious products and dishes unique to the region. Among them is the Malatya apricot, registered with the European Union Geographical Indication. ★ Moviegoers have been looking forward to the 40th Istanbul Film Festival that has just begun. The festival venues are Atlas 1948 and Kadıköy movie theaters.

Close to 55 films will meet the audience at the festival.

At the galas, 16 long and six short films will screen. As part of the June screenings, the films of award-winning, famous stars and master directors have been meeting with the audience.

The festival will continue in the summer with outdoor film screenings. Istanbul Film Festival Director Kerem Ayan said, "We also bring national films in July. We even bring them to the outdoors. This year we are at Uniq. They are building a big new open-air stage there."

The festival will last until the 4th of July.

★ The coronavirus pandemic has affected the education most. Distance learning has replaced face-to-face education. To alleviate any problems, all institutions in Turkey have mobilized.

Istanbul's Maltepe University has made a documentary about this mobilization process titled We have Achieved it Together.

To contribute to the mobilization, Turkish Radio and Television introduced three educational channels within three weeks. The channels started featuring thousands of courses and became the most visited in the world.

Then the authorities determined where Internet infrastructure is inadequate.

Hayrunnisa Demir, an elementary school student featured in the documentary, says that her Internet connection at home was so bad that she had to go up a hill where Wi-Fi reception was better and attend classes outdoors.

★ Ankara Turkish World Music Ensemble had a special concert at the Turkish History Museum on June 17.

The ensemble performed folk music from different parts of the Turkish world outdoors in the accompaniment of regional folk dances.

Among the Turkish world countries represented were Azerbaijan, Kazakhstan, and Turkmenistan.

★ Archaeologist are working on excavating more exquisite mosaics in Turkey's southeastern province of Gaziantep. The mosaics will be displayed at the Gaziantep Zeugma Museum collection.

The mosaics discovered so far depict mythological figures, beasts of burden, and warriors.

Spread around a 2700 sq.ft. area, authorities first became aware of the mosaics in 2019 when individuals started conducting illegal excavations at a home. Turkish rural police is now protecting the site.

The village headman thinks that the history of his village where the excavations are taking place goes back to 3500 years.
EXCHANGE RATE

EXCHANGE RATE for the U.S. dollar in Turkish Liras: 8.75
WEATHER There were 49 surfers in the competition.

Uralp is continuing with her training for the Tokyo Olympics. ★ In the Volleyball Nations League, Turkish women's team came in third after US and Brazil. The games took place between May 25 and June 25. ★ Soccer, in the European championships Turkish national team got eliminated at the very beginnig of the championships. The Turkish team was initially a favorite. 37 sailboats from Ukraine, Romania, Bulgaria, Russia, Holland and Turkey are participating with 300 sailors.

The second stage of the competitions, dubbed "Between the Continents", will take place October 29-31 in Bosporus Strait.

In the under 15-year-old category, Mimosa Meroni and Mert Kaçan came in second.
ANNOUNCEMENTS