NEWS
★ Stratfor, self-described as a geopolitical intelligence platform, had an article analyzing why the current Turkish administration wants to lower the election threshold.

Under the current system, a political party in Turkey has to receive at least 10% of the popular vote to send deputies to the parliament. Otherwise, parties over the threshold get its votes proportional to theirs.

However, according to Stratfor, lowering the threshold could backfire by complicating the policymaking process and empowering extremists.

Some critics of the higher threshold claim it is designed for keeping the pro-Kurdish Peoples Democratic Party out. The party sometimes is not able to go over 10%.

In addition to lowering the threshold, the Justice and Development Party of the ruling coalition, and the largest block in the Turkish parliament, are proposing other changes such as splitting up electoral districts that might favor its candidates.

Turkey's involvement in operations abroad also undermined the confidence of the foreign investors in the country, adding to the current economic problems.

The article writes that President Erdoğan recently visited Turkey's largest Kurdish-majority city Diyarbakır as a sign of his recognition of how crucial the Kurdish vote will be in his bid for reelection in the next polls.

Mr. Erdoğan has enjoyed solid popularity among conservative Kurds, drawing mostly on his Islamic credentials, and his Justice and Development Party has been the only real rival in the southeast of the Peoples' Democratic Party, the standard-bearer of the Kurdish movement in Turkey, the article adds.

The article points out that Mr. Erdoğan had won much credit also for settlement talks with the Kurdistan Workers Party, the armed rebel Kurdish group that has fought Turkey since 1984 and is designated as a terrorist group. But since the talks collapsed in 2015, he has shifted to a hard-line nationalist agenda, marked by a ferocious crackdown on the Kurdistan Workers Party and the Peoples' Democratic Party, and aligned with the far-right Nationalist Movement Party to bolster his electoral fortunes.

In his Diyarbakır speech, Mr. Erdoğan blamed the Kurdistan Workers Party and the Peoples' Democratic Party for the collapse of the talks.

According to the article, few seemed optimistic, however, in the streets of Diyarbakır He pledged to turn the notorious Diyarbakır prison into a cultural center.

In recent years one-fourth of the justice and development party voters in the South East have been drifting away, and less than 30% in the region say that they would back Erdoğan.

★ In an article published on July 15 in the British daily The Times, Hannah Lucinda Smith tells the story of a young Turkish airman jailed for life. Smith says that it symbolizes Turkish president Erdoğan's five-year cruel vendetta.

Here is a summary of the article:

Buğra Baldan, 29, graduated from the Turkish air force academy as the top-graded cadet in his year. Then he landed a coveted scholarship to train alongside the US Air Force, where he also won a clutch of awards. In October 2015, when he returned to Turkey, he was lauded in the newspapers and on television.

Nine months later, a faction within the Turkish military launched a coup attempt against President Erdoğan, which was crushed within hours and unleashed a cataclysmic backlash. To date, the Erdoğan administration has investigated more than half a million people for coup-related crimes. It has charged About 97,000 with offenses and released petty criminals from prison early to make room for them. Many are still languishing in pre-trial detention. It has dismissed another 150,000 from their jobs in the civil service, judiciary, and academia.

Baldan, although he was still a cadet at the time, was not authorized to fly on his own and had taken no part in the coup, was arrested 12 days later and included in a mass trial of alleged plotters that included the highest level ringleaders. In November 2016, he and more than 80 other cadets were given full-life sentences, convicted despite a lack of any evidence of attempting to overthrow the constitutional order, meaning that they will spend the rest of their lives in prison.

★ In another The Times article penned by Louise Callaghan, young secular partygoers fear the ban on playing songs after midnight — ostensibly a public health measure — is an attack on their freedoms by an increasingly Islamist regime.

However, politicians claim the ban on music after midnight is for tackling noise pollution.

Callahan describes a scene in the Turkish capital Ankara.

At a minute past midnight, the DJ looked out over a crowd gyrating — drinks in hand — to a Turkish pop song from the 1990s. Then, as the final verse finished, he switched the music off.

Slowly, the clubbers filed forward and collected headphones from the stage. Then a woman began twirling around on the dance floor, red wires dangling from her ears, and the party had started again — in silence, save for the odd burst of untuneful singing.

Callahan says, at that point, dancing becomes a political statement.

Callahan adds that the Islamist administration has already made alcoholic drinkers prohibitively expensive for most Turks.

Fahrettin Altun, the presidential communications director, said last month that those who criticized the ban were committing "ideological misrepresentation." Music venues, he added, were restricted to certain hours across the world. 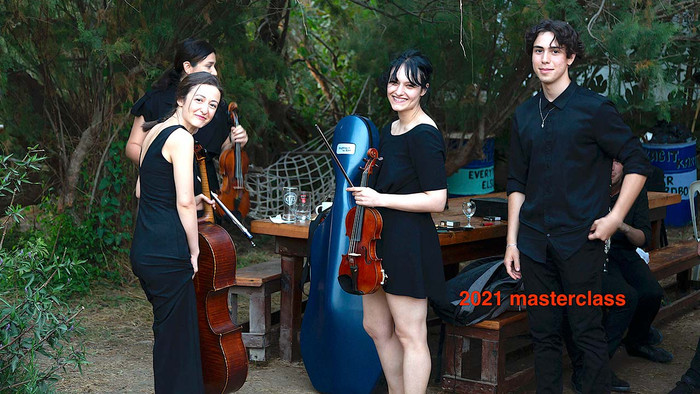 ★ The Music Continues: Organized with the concepts of 'In the Water', 'On the Sand' and 'On the Stone' every year, the Gümüşlük Music Festival will host 17 concerts, two masterclass student concerts, and two DJ performances this year.

What is in the program?
The 18th International Gümüşlük Music Festival will end with a concert by Hand in Hand Music Symphony Orchestra, Pianist İlyun Burkev and Violinist Naz İrem Türkmen on the evening of August 29 at the Ancient Stone Quarry.

The 18th International Bodrum, Gümüşlük Music Festival will be on between July 24 and August 29, 2021. 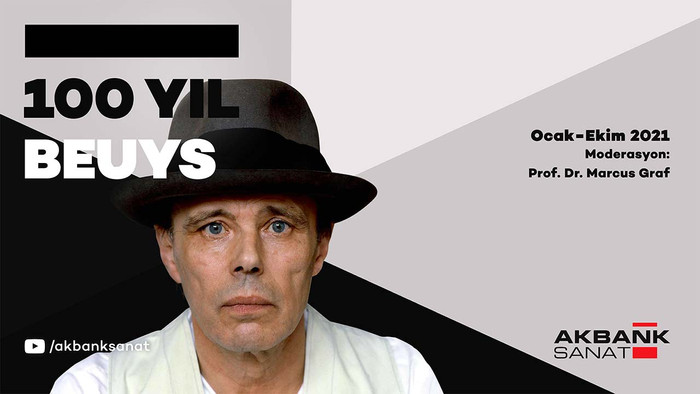 Joseph Beuys influenced art deeply after the Second World War with his revolutionary notions of creativity, participation, and the combinations of mysticism and politics he applied to create a humanist society. He was a source of inspiration for many generations to come. He lived between 1921 and 1986.

Professor Dr. Marcus Graf will moderate a series of seminars by experts from different fields in July.

Discussions on the Youtube channel of Akbank will last until October. The channel aims to familiarize a wider audience with the Beuys' corpus, showing transitions between socio-culture and socio-politics, spiritualism and science, art production, and art sharing.

You can watch the seminar series on the Akbank Sanat Youtube channel throughout the season. 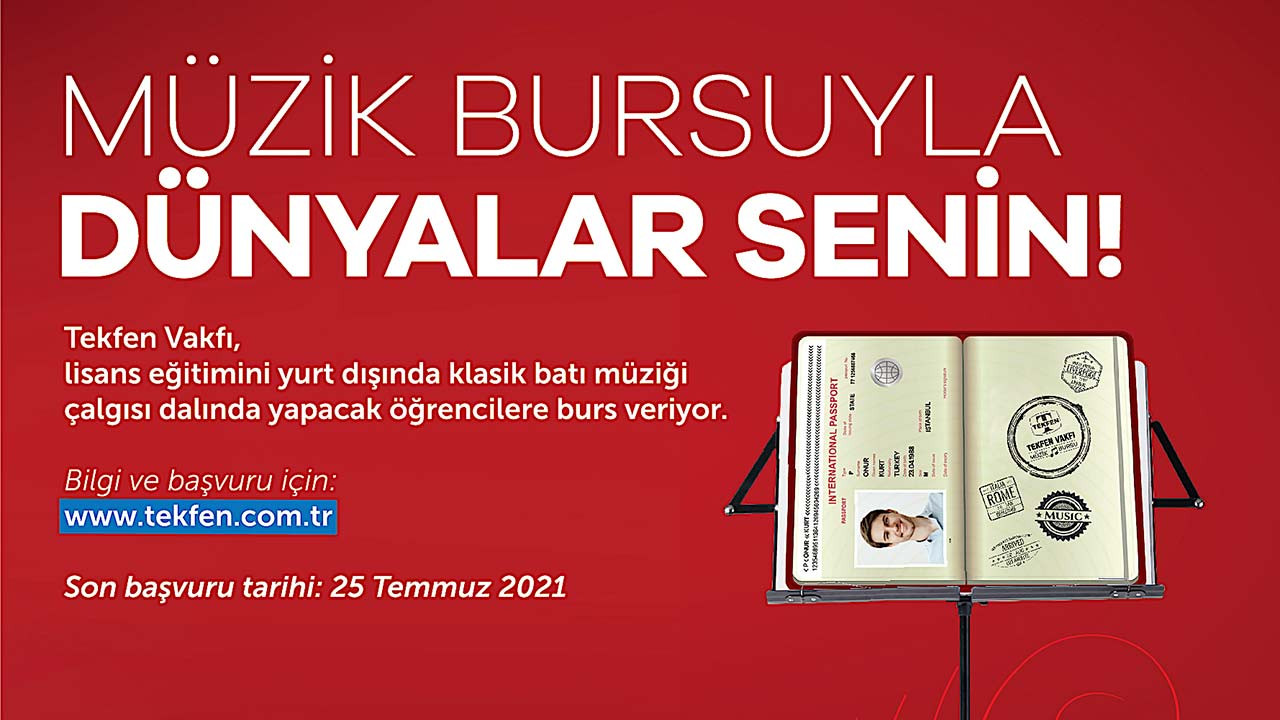 ★ Applications for the Tekfen Endowment music scholarship have started. The scholarship is for training competent musicians for orchestras in Turkey. The endowment is offering the scholarship for undergraduate education abroad. Tekfen, one of the global major industrial construction companies based in Istanbul, established the endowment.

After the first online application with a resume and audio or video recording, the candidates chosen will move on to the second stage. In the second stage, they will perform a work from the list of compulsory works and one of their choice. The performance will be either face-to-face or online, in front of the jury, depending on the developing pandemic conditions. 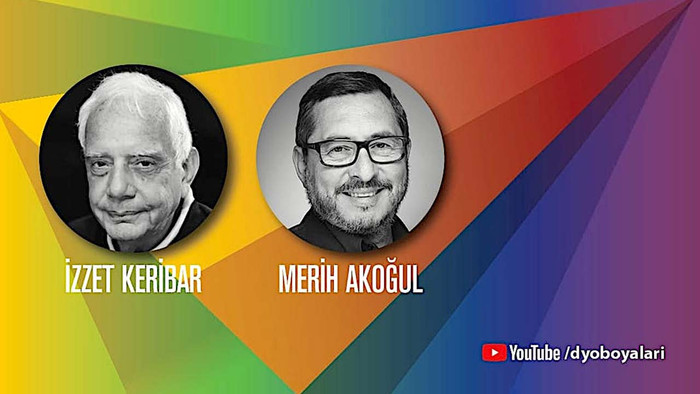 ★ DYO paint company of Turkey has organized a series of interviews titled Colorful DYOlogues. DYO is collaborating with the Istanbul Academy of Architecture and Urban Research for the program.

As the name implies, color is the focal point of the interviews. In them, guests from many different disciplines, from architecture to art, design to music, history to gastronomy, will share their experiences and opinions by bringing together the names that add color to our lives.

The second season of the live broadcast interview series Colors of Turkey begins. The first interview will be with renowned Turkish photographers İzzet Keribar and Merih Akoğul. 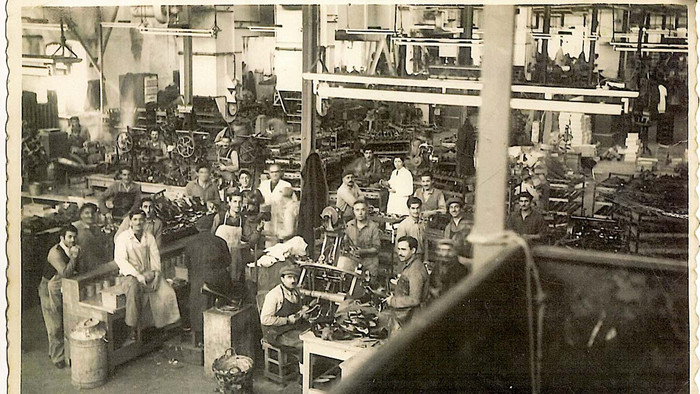 ★ The exhibition The Memory of the Shoe: the world that fits into a factory organized by the Shoe Memory Cultural Heritage Preservation Association opened to visitors last month.

The organizers established The Shoe Memory Cultural Heritage Preservation Association in February 2021. The exhibition is the first event organized by the association.

The exhibition invites people to look at the production history of the Sümerbank Leather and Shoe Factory from another perspective. The factory has a rich history spanning the Ottoman Empire and the Republic.

The Memory of the Shoe brings together machinery leftover from the factory, documents, objects donated by former employees and their families, and oral history interviews since 2015.

The exhibition will meet its visitors in the carpentry building where the craftsman made the shoe molds for Sümerbank.

You can visit the The Memory of the Shoe exhibition in Istanbul Beykoz Kundura for free by appointment.

The work on preserving cultural heritage by the association will begin at the end of July. It will continue with workshops for children and artist support programs. 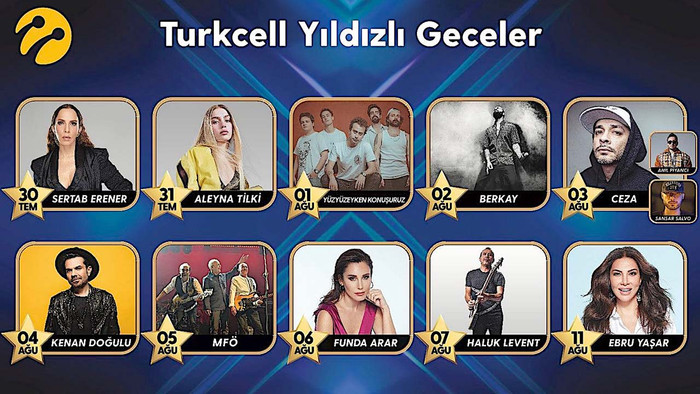 ★ Renowned Turkish actor Genco Erkal's new musical show My Jugular Vein, adapted, directed, and starring Erkal, was on stage. The show is to commemorate the 30th anniversary of the death of Turkish poet Ahmed Arif. The musical features poems, interviews, and letters of Arif, and was at the Istanbul Küçük Çiftik Garden Theatre July 14 for the first performance.

The Dostlar Theatre is staging the musical show. After performances in Istanbul, the show will be on tour throughout Turkey until the end of July. ★ Organized by the Ministry of Culture and Tourism and the General Directorate of State Opera and Ballet, the 12th International Istanbul Opera Festival ended with Abduction from the Seraglio by Wolfgang Amadeus Mozart. Caner Akın produced the opera by staying true to its classical form. Akın used a different understanding of directorship by making various references to the pandemic in the opera.

The opera attracted much interest from art lovers and was on stage three times at the festival.

EXCHANGE RATE for the U.S. dollar in Turkish Liras: 8.53
WEATHER

★ Turkish athletes Mervenur Uslu and Elif Özbay received the gold medal as a team in rowing in the Under 23 World Championships held in the Check Republic . In the same competition, Deniz Ertan won a silver medal.