NEWS
★ According to Deutsche Welle, on Friday Russia's foreign affairs minister warned his Turkish counterpart about military cooperation with Ukraine.

On Thursday, Ukrainians approved a military agreement with Turkey.

Turkey has been selling UAVs and other military hardware to Ukraine. As we reported to you last week, using a Turkish-built drone, Ukrainians destroyed a Russian tank that made an incursion into Ukrainian territory.

★ As the depreciation of the Turkish lira has continued through the week and Turkish President Recep Tayyip Erdoğan's economic strategy came under scrutiny, Turkish opposition announced its plan for the country's economy, reports the daily Duvar.

The opposition is planning to oust the Justice and Development Party in the 2023 presidential elections. However, they still face significant challenges in achieving this goal. As much as 35% of the population still supports the Justice and Development Party machinery. Also, although they are united right now, the opposition coalition made up of six parties may break down.

In related news, Muharrem İnce, the leader of Homeland Party and former presidential candidate of Turkey's main opposition Republican People's Party, has announced that his party will file a criminal complaint about the Turkish currency meltdown. The complaint will target Central Bank Governor Şahap Kavcıoğlu and members of the Central Bank Monetary Policy Council.

★ According to a recent survey by Turkey's polling company Metropoll, 64% of Turks believe the government can not prop up the ailing economy. Only 28% think that President Recep Tayyip Erdoğan's government will solve the financial problems of Turks.

In addition to the accelerated depreciation of the Turkish currency against major world currencies, high inflation is robbing the purchasing power of many Turks.

However, news reports indicate that people from neighboring Bulgaria and Greece are traveling to Turkey's border province of Edirne for shopping since Turkish goods have attractive prices in euros.

★ The daily Duvar reported on a medication used in treating COVID-19.

The daily writes that after being used by more than 8 million people to treat the pandemic in Turkey, a new study has declared the drug Favipiravir ineffective against the virus.

Favipiravir is a drug first made in Japan to treat the flu. After rumors of its effectiveness in fighting COVID-19, the Turkish Health Ministry began prescribing it to all people diagnosed with the novel coronavirus. Authorities advised patients in mandatory lockdown to take the pill up to nine times a day.

★ A Turkish court has acquitted Dr. Şeyhmus Gökalp, the Turkish Medical Association's Honorary Board member, of terrorism charges. Prosecutors were demanding a prison sentence of up to 15 years for Dr. Gökalp.

The physician is one of 75 people detained in November 2020. Authorities were investigating the Democratic Society Congress, a pro-Kurdish organization. After being held in prison for three months, Gökalp was released from custody at the first hearing into the case on February 10, 2021.

The party chair and parliamentarian Mehmet Özhaseki first said LGBT people were part of "God's will." Later he said that they could not approve of perverts.

In his earlier talk on a TV program, Ozhaseki said they were "created by God" they have a "place in our heads" - in other words, they had to be accepted. He now says that LGBT people have destroyed family institutions.

The Justice and Development Party had been tolerant of LGBT pride days in its earlier days in power. However, in recent years they banned the pride days.

★ Istanbul Ensemble consists of 60 mostly independent musicians and has become the symbol of the pandemic period.

As we reported to you last week, the ensemble performed at the opening concert of İş Sanat's new season under the direction of Rengim Gökmen. İş Sanat calls the new season "Hope and Solidarity."

The concert is now available on the YouTube channel of İş Sanat. 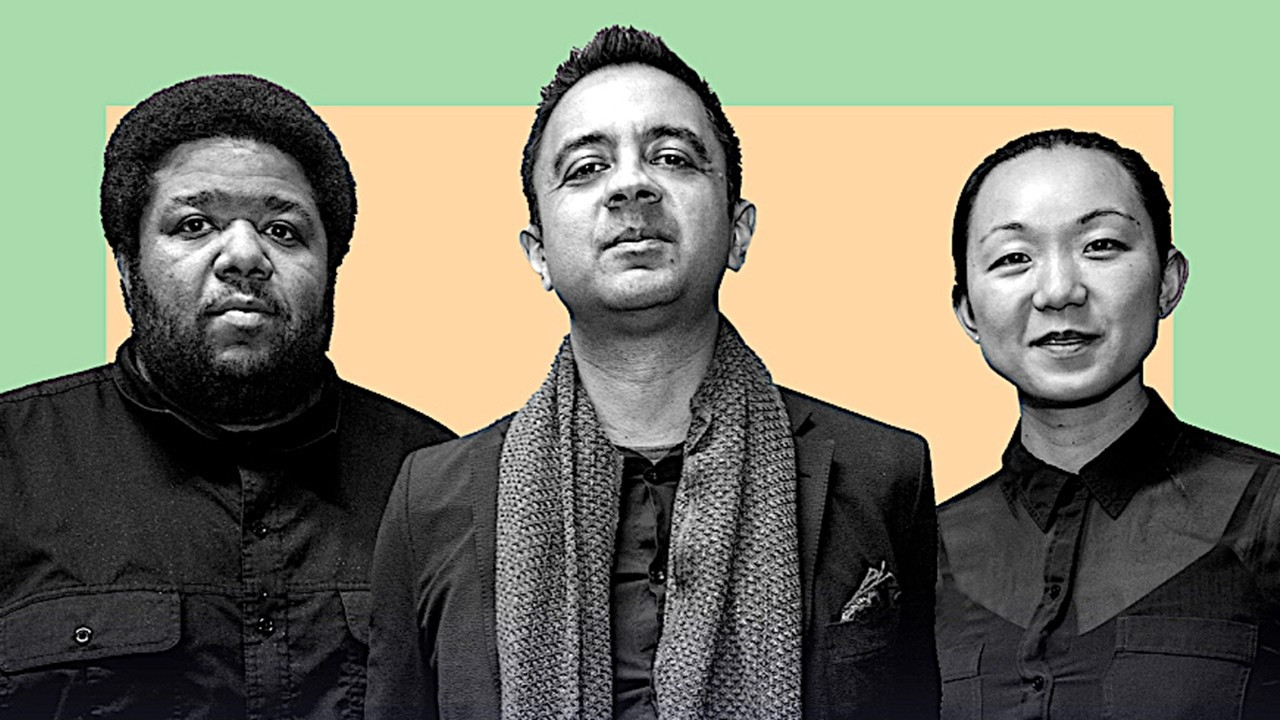 ★ Vijay Iyer, one of the remarkable names of contemporary jazz, has been producing innovative and striking productions in the last 25 years with many music groups.

He draws inspiration from the rhythmic traditions of South Asia and West Africa, the African-American creative music movement of the 60s and 70s, and Duke Ellington, Thelonious Monk, Alice Coltrane, and Geri Allen.

Iyer's trio with drummer Tyshawn Sorey and bassist Linda May Han Oh has released the album "UnEasy" in 2021.

Continuing to teach at Harvard University's Department of Music and the Department of African and Afro-American Studies, the musician recently served as a guest composer at London's Wigmore Hall and became music director of the Ojai Music Festival.

Vijay Iyer took the stage with Tyshawn Sorey and Linda May Han Oh at Istanbul's Zorlu PSM on November 20. 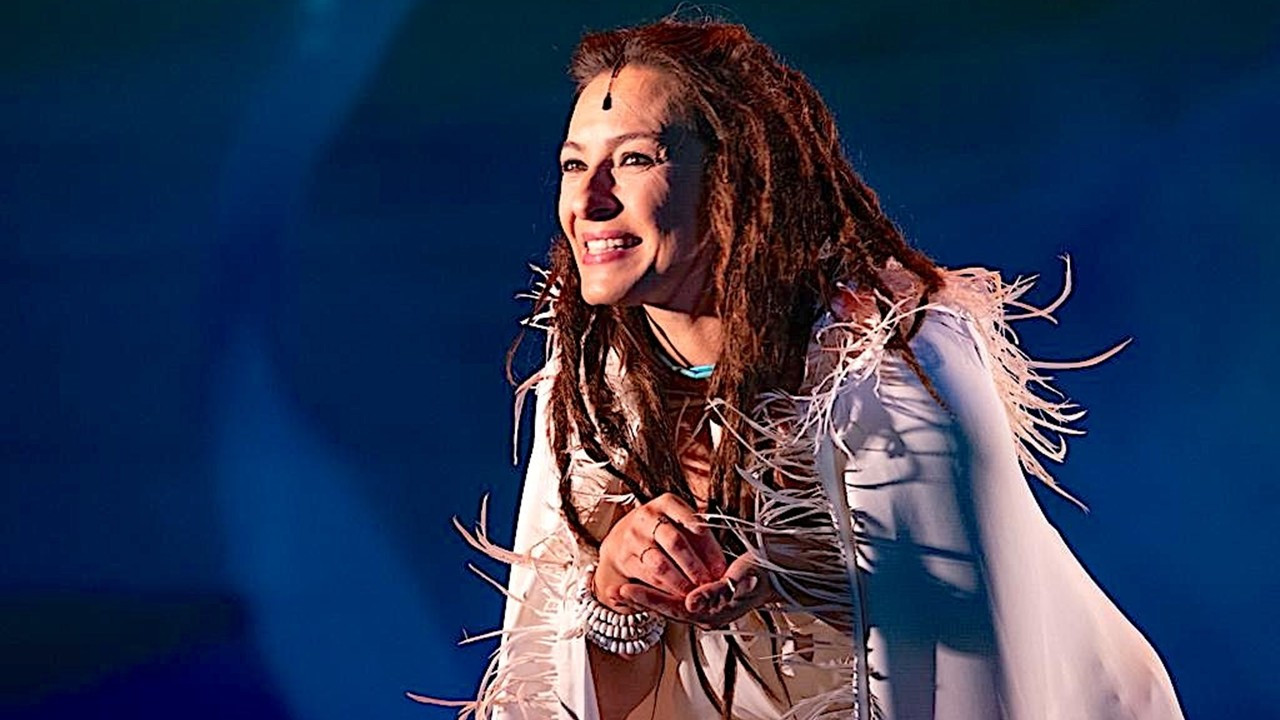 ★ ENKA Sanat has commemorated Yıldız Kenter, who passed away in 2019 on November 16. Kenter was a veteran of Turkish theater and cinema, founder of Kenter Theater, and State artist.

The commemoration featured Kenter's play "I Anatolia" that she performed for many years. Güngör Dilmen directed the play and Ayça Bingöl interpreted it.

The play tells the story of women, who have constituted the essence of Anatolian lands, who are one with the soil, trees, crops, tales, history, wars, and streets, witnessing the different ages of Anatolia. 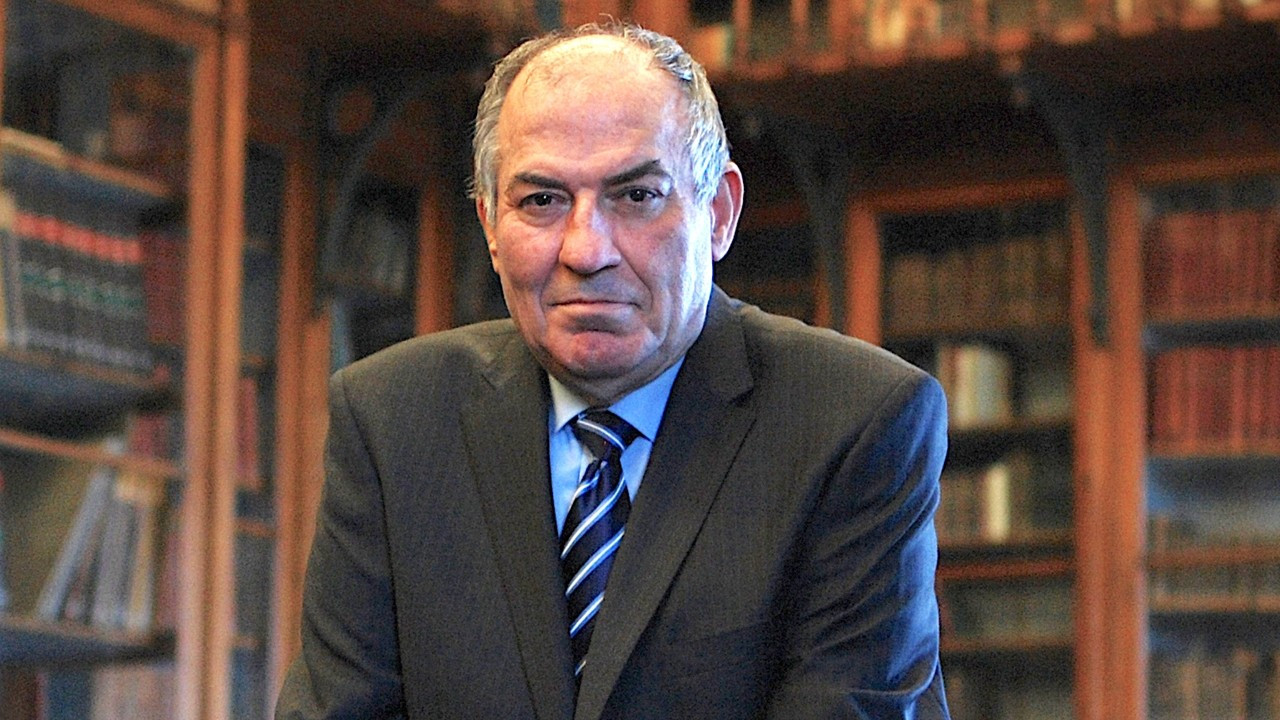 ★ Archaeologist and editor Nezih Başgelen talked about the contribution of cultures in Turkey's geography to the world. He said the following:

"Excavations and researches carried out in Turkey in recent years have shown that the Neolithic civilizations in our country had advanced and uniquely complex cultures that will change the definition of the Neolithic Age. While humans laid the foundations of civilization in today's world in the Neolithic period, the contribution of the cultures in Turkey's geography to this formation is becoming more and more evident with the sensational results of the new excavations, which is much more than anticipated."

"Göbeklitepe, within the borders of Şanlıurfa province, is a unique prehistoric settlement in terms of the formation of religious places, the birth of temple architecture, and art, which contributed significantly to our understanding of the transition from the hunter-gatherer lifestyle to agriculture and animal husbandry.

"One of the features that make Göbeklitepe unique is that it contains unexpected examples of monumental architecture in terms of 12,000 - 8000 years before today and striking examples of a very developed symbolic expression related to them.

"The most interesting finds of Göbeklitepe are the obelisks inside cult structures. In the middle are human and mixed creatures, and on the surrounding walls are animals." 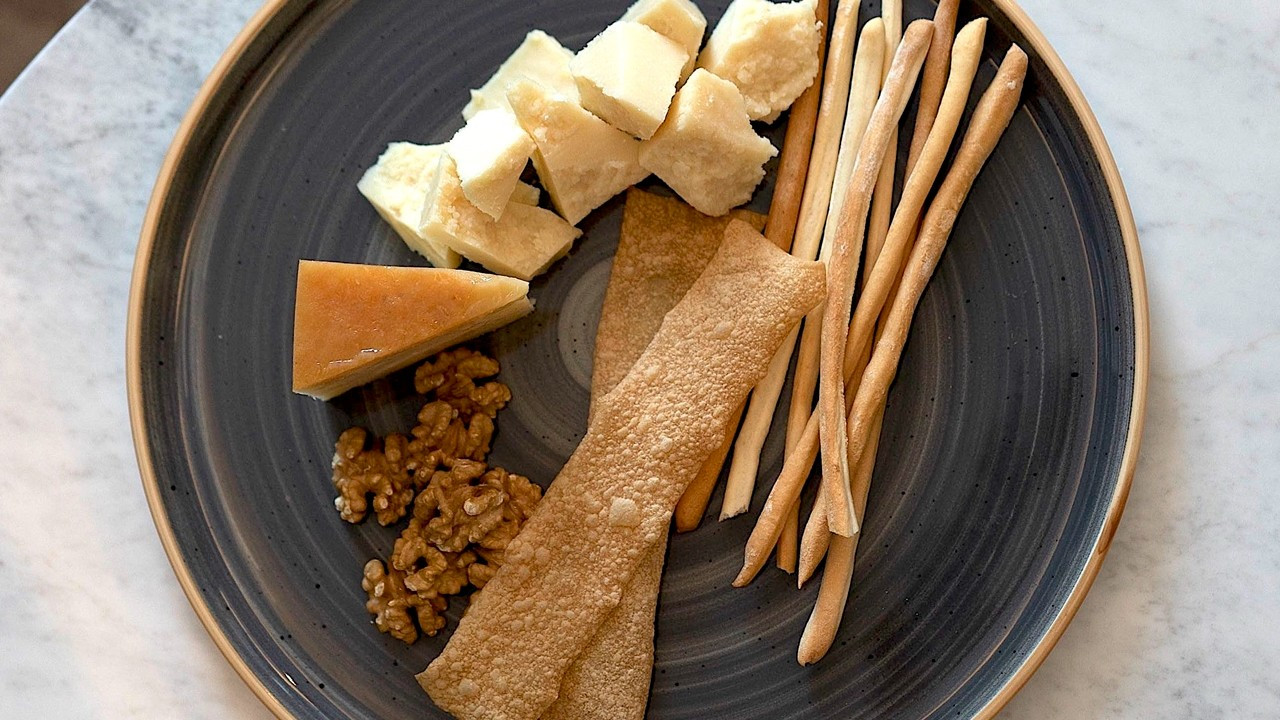 Caring about the consumption of vegetables and fruits in season, Sheraton Istanbul Levent is switching to the winter menu this month.

The Italian-style cooking workshop of the Italian Chef Giovanni Terracciano was from 7 P.M. to 10 P.M. on November 19. Participants were able to eat the delicacies prepared by the Italian Chef accompanied by a drink. Kıran said while xenophobia, racism, and islamophobia are on the rise, UNESCO is a bastion of tolerance.

Recalling that the originals of these panels are in the Rustem Pasha Mosque in Istanbul, Kıran said that the tile panel is a symbolic reflection of the historical treasures of Anatolia with the theme of "Paradise Gardens".

"May this valuable work of art be a sign of our mutual understanding and cooperation," Kıran said, thanking Ambassador Cengizer and his team for the successful UNESCO General Conference Presidency.

After the speech, Kıran, Cengizer, and UNESCO Deputy Director-General Nicholas Jeffrey cut the opening ribbons of the Iznik tile panels. 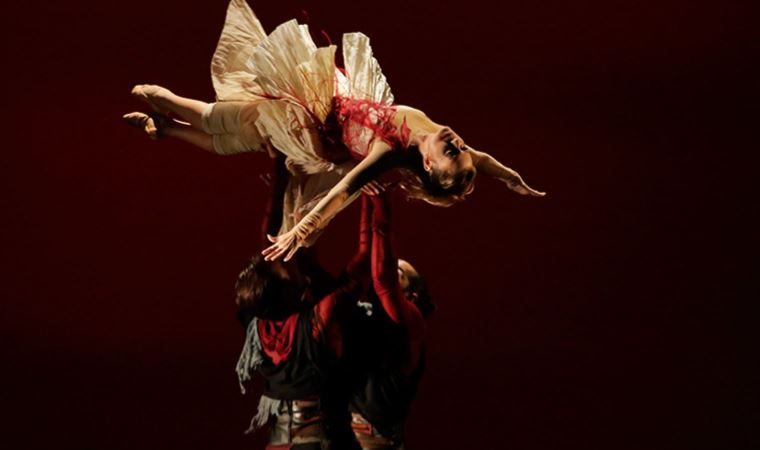 ★ TRT World Digital has been declared winner of four awards from the prestigious Lovie Awards in the Diversity, Equity & Inclusion category.

The Lovie Awards announced 2021 winners on its web page on Wednesday.

The awards, presented by the International Academy of Digital Arts and Sciences, are Europe's highest honor for excellence in digital media.

★ Other headlines in the arts and culture:

At the opening ceremony on November 25, the recipients will receive their awards.

The festival will continue until December 2.

-At an illegal excavation site in the Konak district of Izmir province of Turkey, authorities discovered two 2700-year-old mosaics. The mosaics were 30 feet under the ground.

- Samsun State Opera and Ballet will stage "Mixed Feelings" on November 20 and 22nd. Mixed Feelings features a collage of music from Mozart, Bach, Erim, and Ardal. The troupe is also planning to stage "Amor Stella's," "Deja Vu," "Black and White," and "Sayha."

-According to Turkey's Culture and Tourism Ministry, UNESCO has placed two cultural icons of Turkey on its list of people to celebrate in 2023. They are Turkish troubadour Aşık Veysel and Süleyman Çelebi, the author of Mevlit, a lyrical story of the birth of Mohammed.

The festival was in Turkey's northwestern city of Bursa.

★ In the latest game, Turkey's Fenerbahçe was defeated by Lithuanian team in the Euroleague basketball championships. 86-75. The game took place in Lithuania.

Turkey's Anadolu Efes defeated Monaco 98 -77 in a game in Istanbul.

Currently, the Euroleague is sponsored by the Turkish Airlines.

★ In the ski jumping competitions in Russia, Fatih Arda İpcioğlu jumped 110.5 m and qualified for the finals. This is the first for a Turkish ski jumper. See a video of İpcioğlu >> here <<