Mr. Erdoğan was meeting with the representatives of the Jewish community in Turkey and rabbis from Islamic countries.

Touching on Turkish-Israeli ties, Erdoğan said that despite the differences of opinion on Palestine, "relations with Israel in the fields of economy, trade, and tourism are progressing."

The Jewish Telegraphic Agency reporter David Klein also covered the event. Klein reported that the rabbis were in Turkey at Istanbul's Conrad Hotel for the inaugural conference of the Alliance of Rabbis in the Islamic states.

Mr. Recep Tayyip Erdoğan then sent a private jet for the rabbis to come to the Turkish capital Ankara to have dinner with them at his presidential palace.

David Klein concluded his article by writing the following:

"Though the country was once a strong ally of Israel, Turkish-Israeli relations have soured under Mr. Erdoğan's nearly 20-year rule."

★ Turkish police on December 22 said it arrested a U. S. diplomat in Turkey last month for selling his passport to a Syrian trying to travel to Germany. However, the U. S. State Department denied that the person in custody was a diplomat.

Istanbul police identified the person as someone working at the U. S. Embassy in Beirut.

★ According to Reuters, U. S. authorities have taken issue with Turkey over its sales of armed drones to Ethiopia. Two sources familiar with the matter said there was mounting evidence the government had used the weapons against rebel fighters.

The year-long war between Ethiopia's government and the leadership of the northern Tigray region, among Africa's bloodiest conflicts, has killed thousands of civilians and displaced millions.

★ On December 22, Turkey's domestically developed COVID-19 vaccine, Turkovac, has received emergency use authorization by Turkish authorities and will be available for use from next weekend, Health Minister Fahrettin Koca said.

Flights were suspended at Afghanistan's main international airport in Kabul after the Taliban took over power in August and U. S. troops destroyed equipment and a radar system at the facility before leaving the country.

★ The American Turkish Association announced that the Turkish association in North California would start having classes for people with diabetes.

Dilip Barman, Certified PCRM Food-for-Life instructor, will be giving the classes at the Sancar Turkish Cultural and Community Center in Chapel Hill.

The six-week classes will start on January 14. They will include discussion, nutrition lessons, food, and many good reference handouts.

The use of solar panels and geothermal heating minimizes its energy consumption. Turkish businesses donated marbles, ceramic, woodwork, vanities, handmade tiles, and much of the furnishings for the building.


★ Turkish lira started the week by nosediving and one U. S. dollar, reaching 18.4 Turkish liras on Monday around 4:30 PM. However, a few hours later, President Erdoğan announced new guarantees to people with savings at banks in Turkish currency.

On December 24, Reuters had an article titled "Turkish lira caps historic week with a big lift from Erdoğan government." It says that government interventions also help the lift but cost $8 billion.

★ In an article in the Washington Post, Aslı Aydıntaşbaş that said the thing that is wrong with Turkey's economy is "Erdoganomics."

She described it as follows:
Under the new discipline, as the currency depreciates and citizens flock to convert their savings into dollars, the resulting market volatility can be managed by public threats against the business community, declaring a "war of independence" against foreign enemies and, God willing, a bump in exports.

Asli Aydıntaşbaş is a senior policy fellow with the Wider Europe program at the European Council on Foreign Relations. Her topics of focus include Turkish foreign policy and the external ramifications of its domestic politics.

★ Russian President Putin has praised the policies of the Bank of Russia to tackle inflation. "I know that the real sector is unhappy with the rate hikes," Putin said at his annual year-end press conference on December 23. "But if it not done, we could end up like Turkey, with the same problem." ★ Turkish president Mr. Recep Tayyip Erdoğan and his followers are very happy about the increase in value of the Turkish lira against the dollar. However, the Turkish daily Birgün writes that their happiness is not warranted.

The daily writes that the loss in value of the Turkish lira is still there, and it is due to Mr. Erdoğan's policies. It also points out that over two decades of Justice and Development Party administration rule made Turkish people poorer.

★ According to the Anatolia News Agency, the Turkish government fined the crypto asset trading platform Binance approximately $750,000 after an investigation by the Financial Crimes Investigation Board.
ARTS AND CULTURE 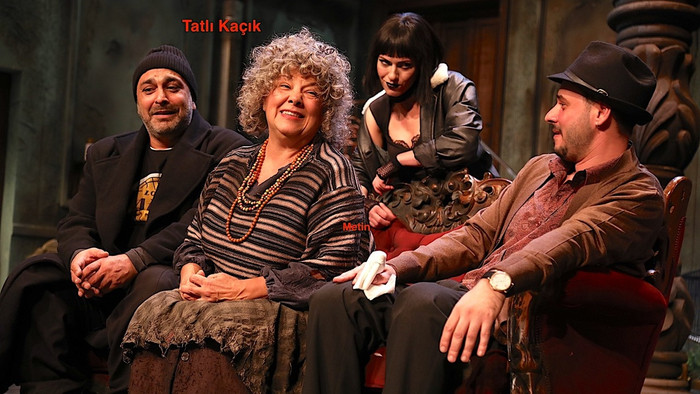 This week, Shakespeare's comedy "Twelfth night," Albert Camus' "Plague," and 15 other plays were on the stage. 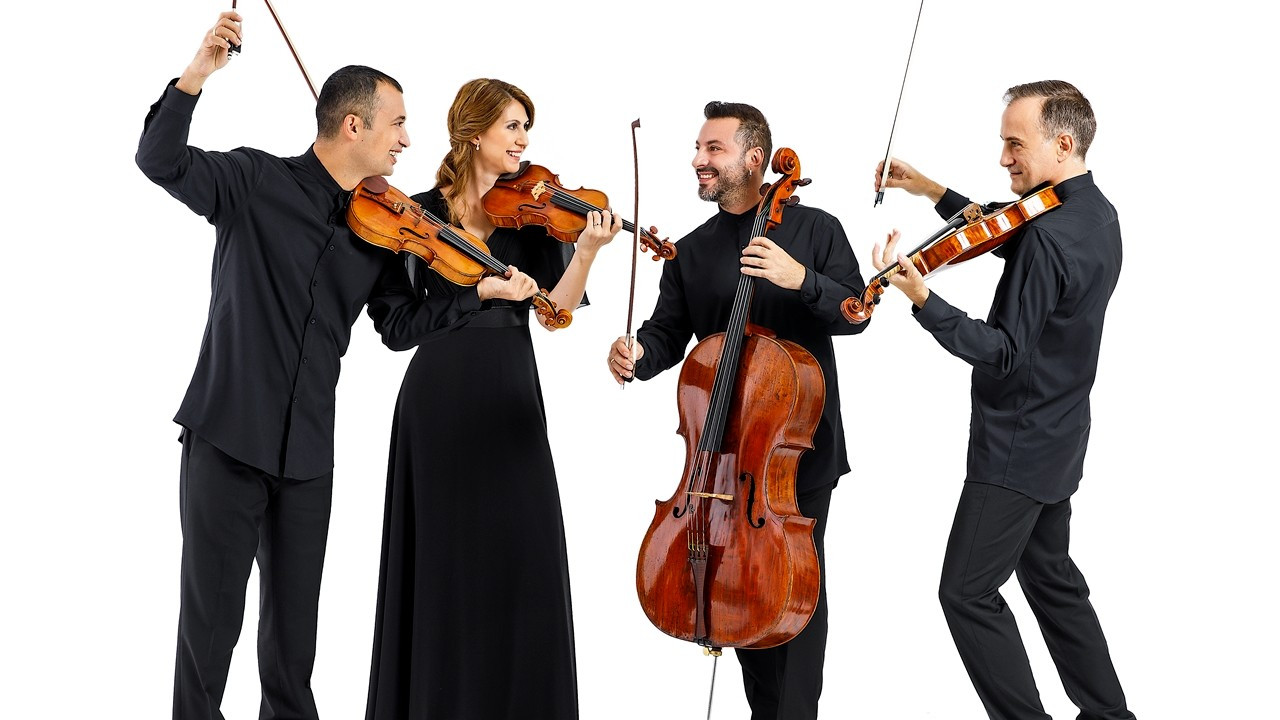 ★ On December 20, Istanbul's Borusan Quartet had a concert for music lovers titled "The Colors of the Storm Age." The event let the audience watch a 19th-century landscape with its colors and emotions.

In addition, one can access the rest of the pleasant conversations of Aydın Büke and Serhan Bali from Borusan Klasik again from 7:40 P.M. 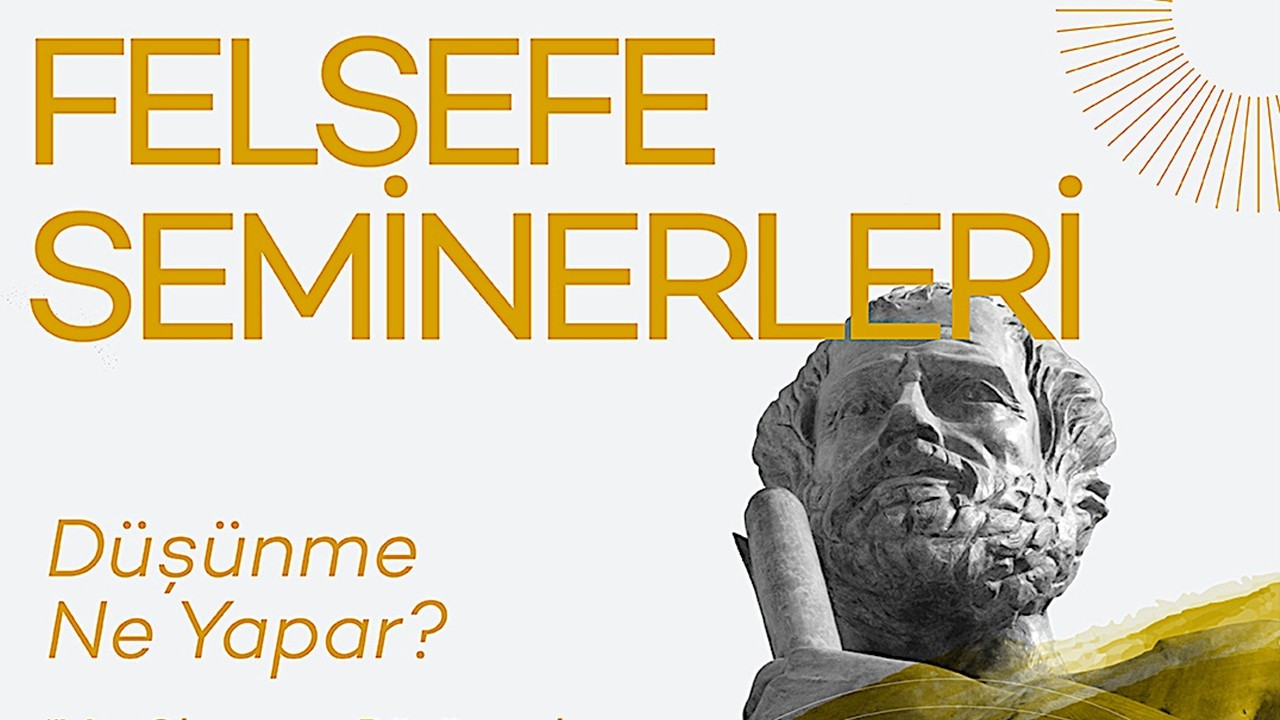 ★ Akbank Sanat's Philosophy Seminars, organized with the participation of academic speakers, are continuing.

The new phase of the seminars is titled "What Does Thinking Achieve?"

In December, the seminars continued with Burak Şaman's event titled "To Think of Things that do not exist: Aristotle and İbn-i Sina." The West knows Ibn-i Sina as Avicenna.

The seminar series, which one can watch free of charge on the Akbank Sanat YouTube channel, will continue until May 2022.

The upcoming seminar schedule is as follows:
Akbank Sanat is the cultural arm of Turkey's finance and banking company Akbank. 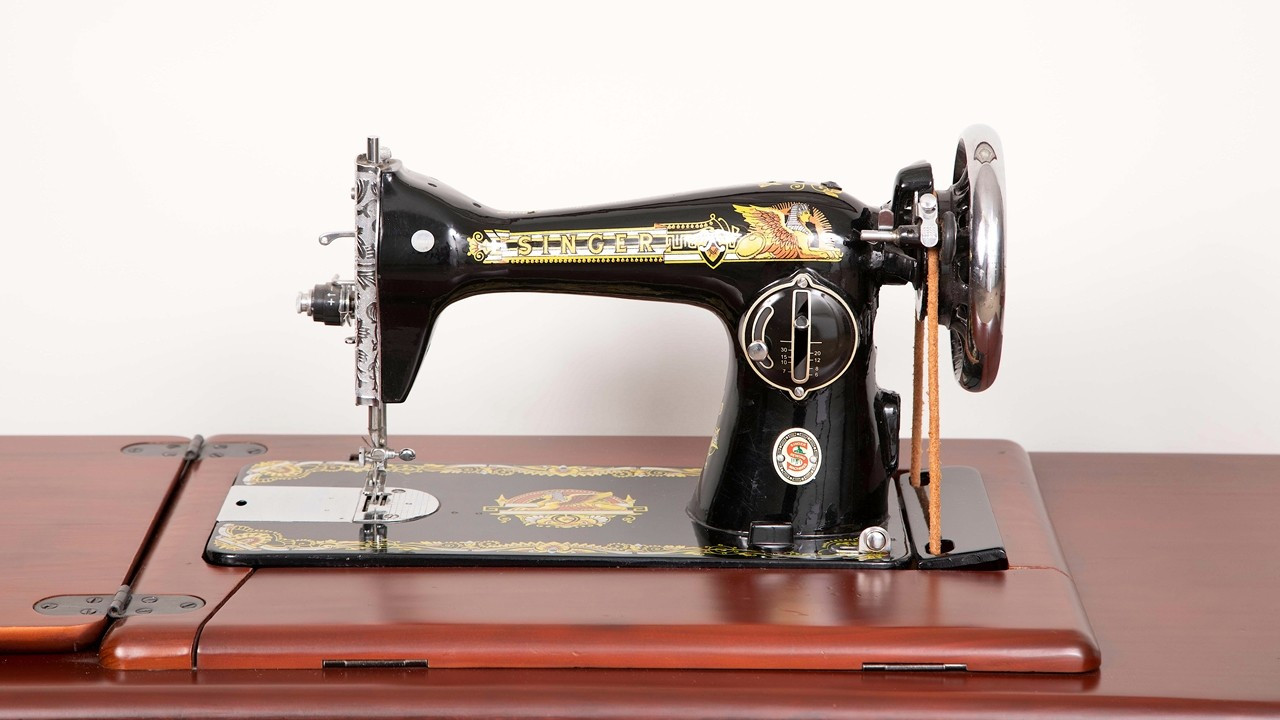 The museum currently is displaying Singer sewing machines to commemorate the 170th anniversary of the company.

In addition to sewing machines, the exhibition includes other objects Singer has produced. Among them are radios, scissors, spoons, clocks bearing the company's name.

The museum borrowed the objects from private collectors throughout Turkey and abroad.

Turkish businessman and industrialist Rahmi Koç established the museum that bears his name in 1994. 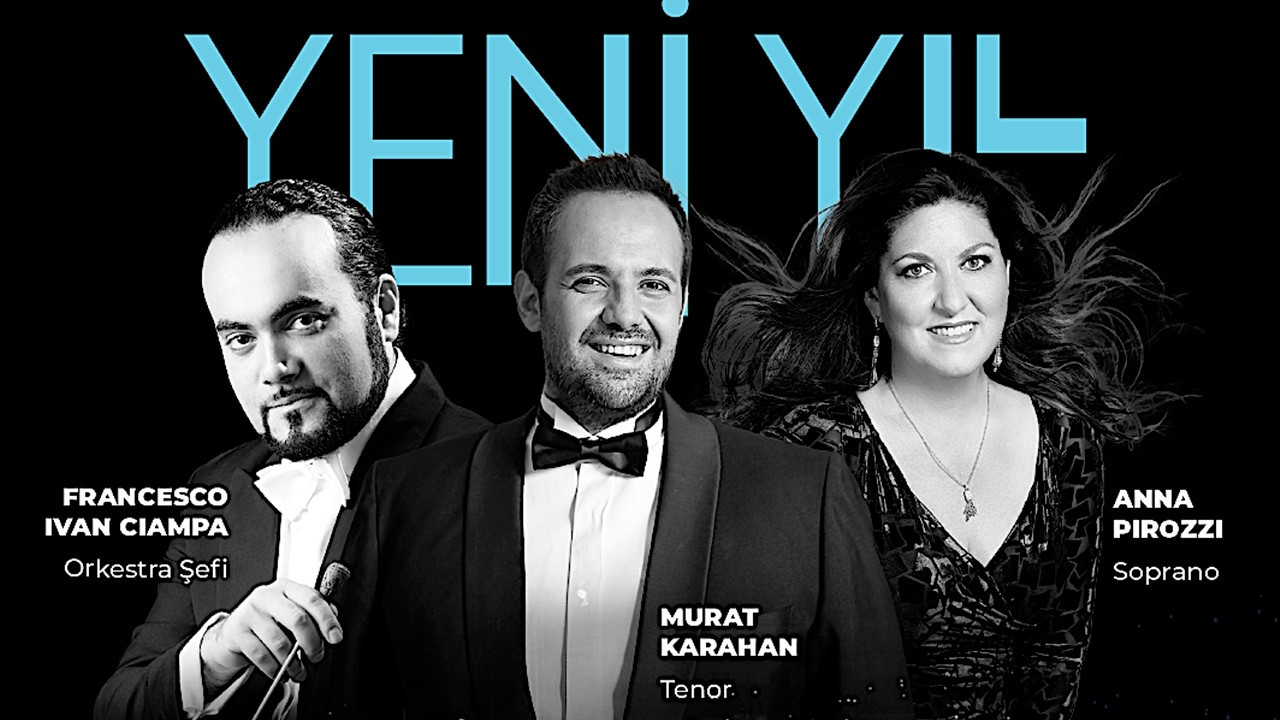 ★ Limak Philharmony just had two concerts to celebrate the coming of the new year.

One of the concerts took place in the Turkish capital Ankara at the Presidential Symphony Orchestra Hall on December 21. The other was on December 24 in Istanbul's Lütfi Kırdar International Convention and Exhibition Palace.

Turkey's Limak Holding has established the orchestra. The holding is in the construction, energy, cement, and tourism sectors. 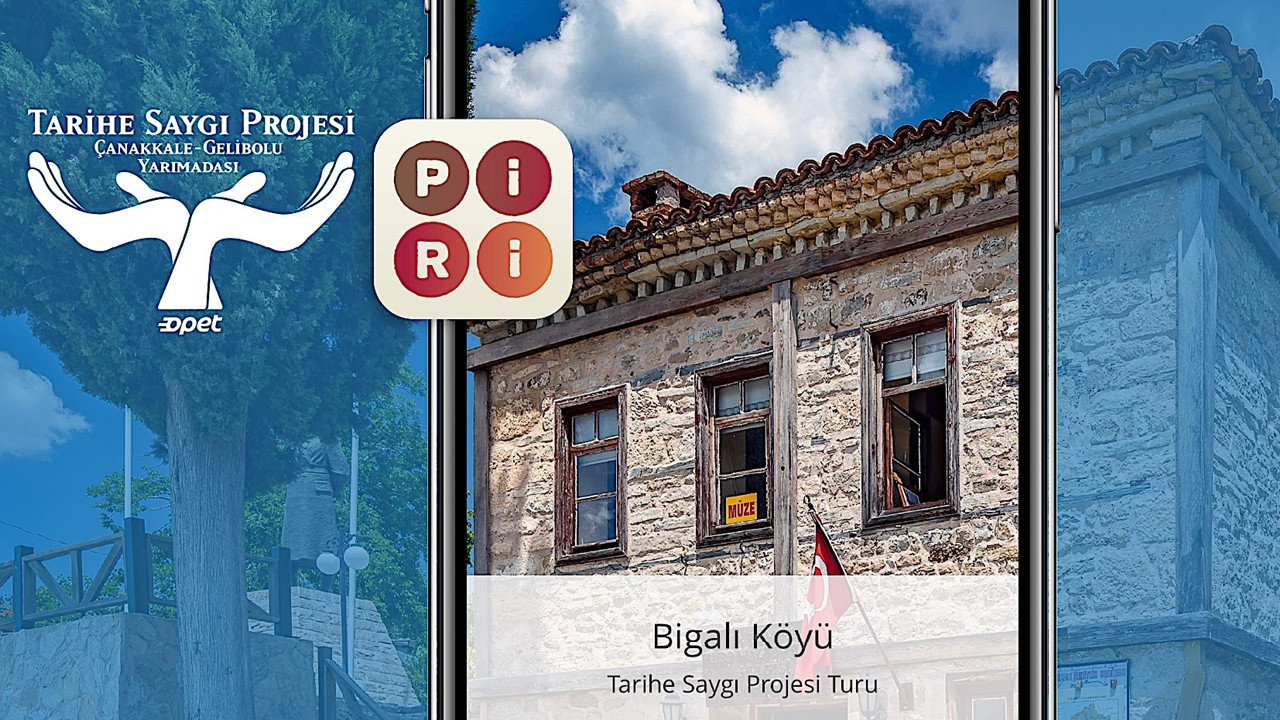 ★ OPET has carried its exhibition titled "It Goes When You Share!" To a 3-D online platform. It is part of the Respect to History Project of OPET that started 15 years ago.

In the exhibition, the following works of OPET's will be present:

- Renovation in the Çıplak Köy ("Naked Village") story as part of the 2018 Year of Troy activities.

- Cultural heritage of Çanakkale: From Gallipoli to Troy

Click the following for the URL to the >> exhibition <<

OPET is a petroleum products distribution company and gas station operator in Turkey, 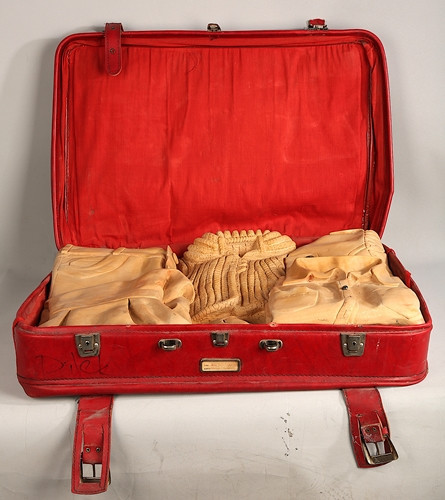 ★ Istanbul's Bilgi University is hosting an exhibition titled "Other Stories," which will tell the stories of migrants.

Fifty artists from Turkey and abroad will participate in the exhibition.

The exhibition will be on until February 7, 2022.
EXCHANGE RATE

★ In the 17th week Turkish teams got the following results: ★ We just found out about this older news dated December 11: