NEWS
★ According to Associated Press, the Turkish government is expanding a probe targeting Istanbul city staff.

A Turkish court accepted an indictment against suspects from a religious association Thursday in a case that could have political and legal repercussions on the opposition-held Istanbul municipality.

Authorities suspect the religious association is associated with the rebel outlawed Kurdish militants.

Last Sunday, the Interior Ministry started a probe and announced that hundreds of municipal staff have alleged terror links.

In the 2019 local elections, the opposition dislodged the nearly Justice and Development Party from the administration of the Metropolitan municipality of Istanbul.

Justice and Development Party and its predecessor held the city administration for 20 years.

Mr. İmamoğlu and opposition Republican Peoples Party officials say the probe is a politically motivated witchhunt. He called for early elections. Other parliamentarians from the opposition also echoed him.

Mr. Erdoğan's coalition partner Devlet Bahçeli, on the other hand, said on Thursday that Mr. İmamoğlu should be removed from office.

In related news: Some ruling Justice and Development Party members are not happy with interior minister Mr. Süleyman Soylu's behavior. The unhappy members said that accusations hurled by the Interior Ministry against the opposition harm the ruling party instead since they lack necessary evidence or documents. 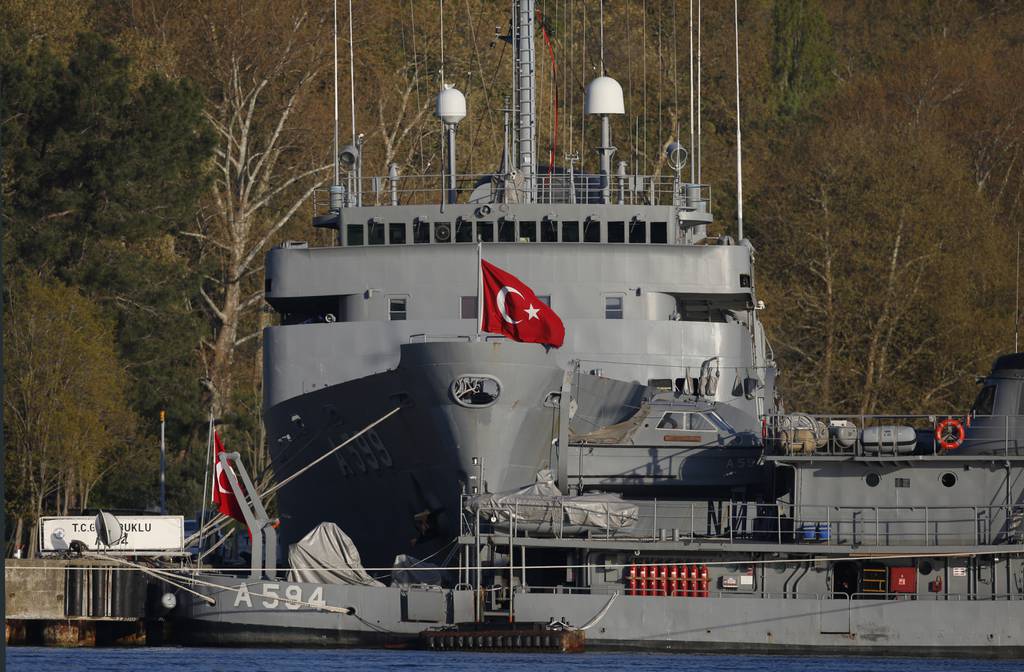 ★ According to the Defense News, Turkey's procurement agency has invited bids for three I-class frigates.

The agency says that the ships will be 100% Turkish design and have at least 75% local material.

The Defense News writes that the eye-class frigates perform reconnaissance and surveillance, target traction and identification, early warning of and the serial activities, base and port defense, anti-submarine, antiaircraft and surface warfare, amphibious operations, and patrolling missions.

★ According to journalist Ulas Atesci, President Recep Tayyip Erdoğan's administration refuses to take any public health measures against the pandemic as the new variant is rapidly engulfing the country.

All workplaces and schools are still open, and the only requirement is to be vaccinated. Only 20% of the population has had two vaccines plus a booster.

In related news: On December 31, Minister of Health Dr. Fahrettin Koca said that cases increased fivefold in Istanbul in one week, the daily Duvar reported. Tests detect 52% of the cases throughout Turkey in Istanbul.

★ Turkish Finance Minister Nureddin Nebati has faced serious backlash from economists and academics after claiming that the U. S. Federal Reserve is not a public institution, but five families control it.

★ Turkey has jailed the pilot who in August flew an Istanbul-based company's private jet on which authorities seized 1.3 tons of cocaine. The pilot, identified as V.D., was previously arrested in Brazil where he remained in custody for 99 days.

★ Other headlines in the news:


★ Turkey's Directorate of Religious Affairs, countries top religious body, issues edicts against New Year's Eve celebrations, alcohol, and the national lottery. According to the directorate, these are un-Islamic.

★ Kemal Kılıçdaroğlu, the leader of the main opposition party, was denied entry into the Education Ministry building on December 30. He wanted to discuss nepotism in public school teacher placements. A few days back, Mr. Kılıçdaroğlu first asked for an appointment with the minister in charge, but the minister refused it.

★ After the incident, President Erdoğan called the main opposition leader "bandit" and said he could not freely visit government institutions. Mr. Erdoğan says that Mr. Kılıçdaroğlu is aiming to create chaos and disorder.

★ Turkey is preparing to introduce a deposit return system for recyclable packaging waste in 2022, with the scheme forecasting a refund of approximately four cents per container. Collection points at grocery shops will be ready to serve by June 2022.

★ Turkey's Constitutional Court has ordered the state to pay compensation to a prisoner after prison authorities barred him from telephoning his wife, jailed in another prison, for 15 months. The top court said that the state had violated the right to respect family life.

As we reported to you last week, President Recep Tayyip Erdoğan's administration announced that it would guarantee Turkish lira deposit holders at banks the value of their deposits against the U. S. dollar. At the same time, Turkey's central bank several times sold dollars to reduce its appreciation.

On Friday, President Erdoğan urged Turks to keep all their savings in liras, insisting that the country's currency crisis was largely under control, Deutsche Welle reported.

Deutsche Welle wrote that Erdoğan's interference in economic policy triggered the currency crisis in Turkey. Here is a summary:

"The cuts sparked a selloff of the lira, which plunged by more than one-half against the U. S. dollar at one point.

"Individual investors saw their savings melt, while the price of basic goods such as bread, eggs, butter, and sunflower oil almost doubled in a year.

"Economists and former central bankers have called Erdoğan's move reckless given that economists expect inflation to hit 30% in December because of the depreciation of the lira.

★ Deutsche Welle also reported on book publishing having problems. Since Turkish publishers import most of the paper, the fall in the value of the Turkish lira has made books expensive. The wages are not keeping up with the increase in prices of books, resulting in fewer book sales.

Publishers say they will publish fewer books next year to minimize their risks. 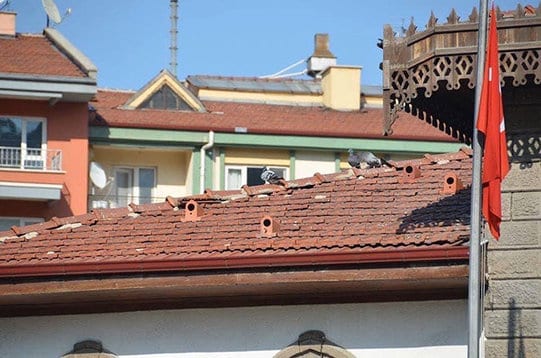 ★ According to the website greenprophet.com a business in central Turkey is producing roof tiles with bird shelters.

Hitit Terra has been making terra-cotta items, including roof tiles. They thought of building roof tiles that could be used along with regular ones but could accommodate a small nest for birds.

The Greenprophet site says that the tradition of including nests for birds in the design of a home goes back to the Ottoman traditions. Ottomans would have in their buildings bird nests. One can still see these in stone buildings on the upper portion of the façades throughout Turkey. 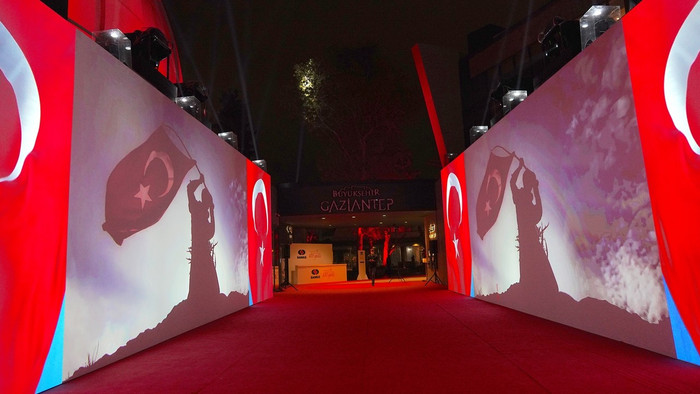 ★ Turkey's South Eastern city of Gaziantep residents celebrated the 100th anniversary of the liberation of Gaziantep from the enemy occupation, along with other southern provinces of Turkey.

The celebration took place on December 25 at the Heroism Panorama and Museum of the Defense of Gaziantep with the support of SANKO Holding.

Gaziantep's original name is just Antep. It put up stiff resistance to the French occupation, and finally French left the region. Because of this, on February 6, 1921, Turkey's Grand National Assembly bestowed upon it the title "Gazi," meaning "veteran."

On December 25, 1921, the last French soldier left from Gaziantep. On this day, people celebrate the liberation of Antep.

The first part of the event included an interview, and the second part was a musical depicting the struggle of Gaziantep. Conductor and composer Murat Cem Orhan directed the musical. 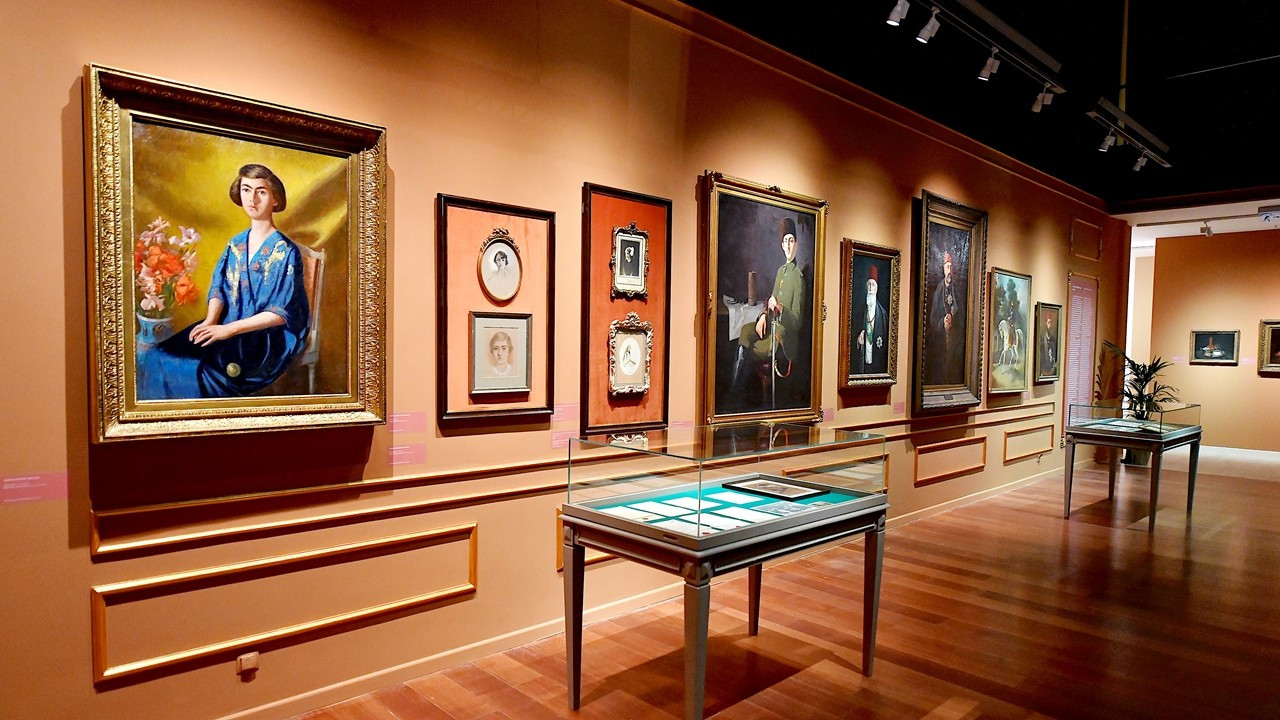 ★ The exhibition "The Unusual World of Şehzades: Abdülmecid Efendi" meets art lovers at the Sakıp Sabancı Museum of Sabancı University.

Abdülmecid was given the title of General in the Ottoman Army but did not have military inclinations. He had a more significant role as Chairman of the Ottoman Artists' Society.

Art historians consider him one of the most important painters of late-period Ottoman art. In 1918, an exhibition in Vienna displayed some of his paintings with works by other Ottoman artists.

In addition to being a painter, Abdülmecid was also interested in music, calligraphy, and literature. 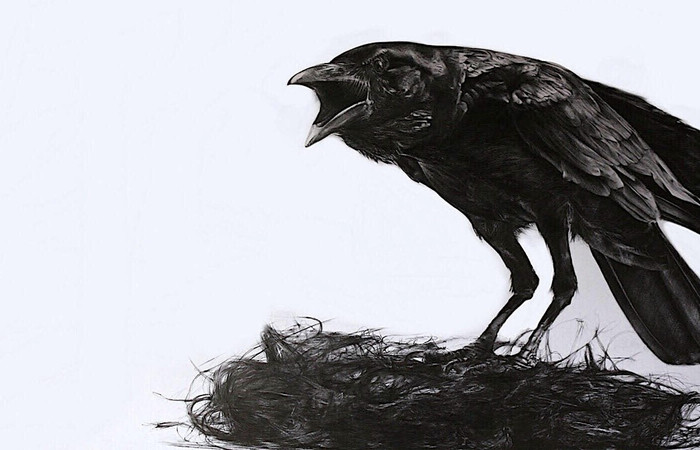 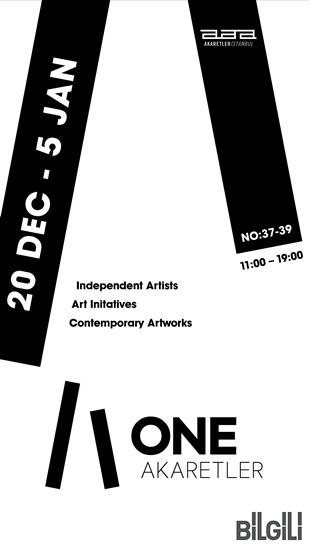 Bilgili Holding aims at creating a new platform to support independent artists with One Akaretler.

Begüm Güney has curated the exhibition. Her selections include works from different disciplines.

"With the pandemic, the transmission of artistic productions to the audience, and the movement within the art industry changed shape.

"Despite the positive effects of digitalization in art, the connection that art forms with the audience were negatively affected. Especially artists working with traditional material could not interact with the audience in a digital environment as intensively and effectively as artists producing in new media.

"In addition, the impression of facing a work of art is different for all of us. It is true regardless of digital or traditional materials in all types of production.

"Therefore, One Akaretler opens a space to meet independent artists, art audiences, and collectors right in the middle of the city.'' 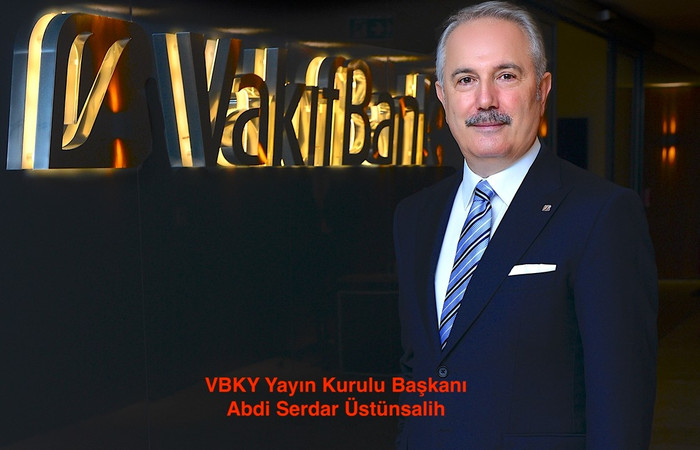 VakıfBank is also aiming to support the educational and inspiring values of the ecosystem. Among the fines are a necklace, an earring, an amulet, a bracelet, and a chain-link chest protector.

Archaeologists found the artifacts in the remains of a tower that burned down during a war between Byzantines and Sassanian. The skeleton belonged to a man killed when the structure collapsed due to fire. It may have belonged to a priest.

Diocaesarea was a Graeco-Roman and a bishopric. ★ In the ancient city of Çatalhöyük, archaeologists found an 8500-year-old marble statuette.

The two-inch statuette depicts a person leaning back. The sex of the person is unknown.

It is the first statue found at the site since 2016.

Çatalhöyük is one of the first cities in the world. Its establishment dates back to 9,000 years ago.

It overlooks the Konya Plain, southeast of the present-day city of Konya (ancient Iconium) in Turkey, approximately 87 mi from the twin-coned volcano of Mount Hasan.

People abandoned the prehistoric mound settlements before the Bronze Age.

Archeologists first excavated the site in 1958. It is now on the UNESCO World Heritage List site.

★ Known in history as the city of gladiators, excavations at the Kibyra ancient city ruins revealed new structures.

Recent excavations at the Odeon revealed an exquisite Medusa mosaic.

Lycians established Kibyra, probably around 1400 BCE. It was part of a con Federation of Lycian cities called Tetrapolis.

The Romans validated home rule officially under the Lycian League in 168 BC. This native government was an early federation with republican principles; these later came to the attention of the framers of the United States Constitution, influencing their thoughts.

EXCHANGE RATE for the U.S. dollar in Turkish Liras: 13.40