NEWS
★ According to the VOA, there was an informal NATO foreign affairs ministerial meeting in Berlin that focused on the expansion of NATO. Both Finland and Sweden would like to join NATO after Russia invaded Ukraine.

Admission of new members to NATO requires unanimous consent by all members. Turkish President Recep Tayyip Erdoğan said on Friday that he does not support Finland and Sweden joining NATO, citing the support of what Turkey considers terrorist organizations, such as Kurdish militant groups.

U.S. officials said they were working to "clarify Turkey's position" while reiterating that the "United States would support a NATO application by Finland and Sweden should they choose to apply."

The Wall Street Journal reported that Russia has warned against NATO expansion and said Finland's and Sweden's joining would bring "serious military and political consequences."

This update just came in: On Saturday, Turkish presidential spokesman İbrahim Kalın said: "We are not closing the door. But we are basically raising this issue as a matter of national security for Turkey," Reuters reported.

★ Reuters reported that Turkey offered evacuation for the wounded Ukrainian soldiers trapped in a steel plant. Turkish presidential spokesman said that Turkey could send ships for the evacuation. He said that he discussed the proposal with the Ukrainian president, but there was no agreement from Moscow yet.

★ The British daily Guardian reported that a court banned Canan Kaftancıoğlu, a key Turkish opposition figure, from politics after anti-Erdoğan tweets. She posted the tweets eight years ago. A Turkish political commentator said that even if the tweets were punishable, the statute of limitations expired. However, the court did not consider it.

The court considered her tweet accusing President Erdoğan of theft as insulting the president, which by law is punishable in Turkey.

The court also sentenced her to serve nearly five years in jail.

In a statement, Turkey rapporteur for the Council of Europe parliamentary assembly said that the conviction constitutes harassment of an opposition figure.

Observers say that Erdoğan and his administration wanted to punish Kaftancıoğlu for her role in the municipal elections in Istanbul. Her strategy wrested the metropolitan mayorship from Mr. Erdoğan's Justice and Development Party, which was in the hands of the party for 20 years.

★ Iran claims that Turkey is depriving it of water by building dams. Also, the Iranian press quotes officials saying the dust storms are due to the recently constructed Turkish dams on Euphrates and Tigris, cutting off water to Syria and Iraq. The water shortage then is causing desertification, the Iranian officials claim.

★ Turkey increased the value of a real estate to be purchased to gain Turkish citizenship to $400,000. The amount was $250,000 previously. Foreigners purchasing a property will need to keep it in their possession for three years.

The paper says Turks are outraged at soaring prices in the country. Property prices have increased by 106% in Istanbul in the past year. Builders cite rising input costs, the depreciation of the Turkish currency, and the thin supply in the housing market as reasons for the surging prices.

To address the housing crisis, on May 9, President Recep Tayyip Erdoğan announced three separate loan packages. The new package offers first-time buyers much cheaper credit. However, experts have warned that low-rate mortgages will further deteriorate inflation and will not provide a solution for surging house prices.

The figure is from a new survey conducted by MetroPoll research.

The survey also asked participants if they thought "the opposition parties can solve the economic problems," 53.2 percent answered "No." 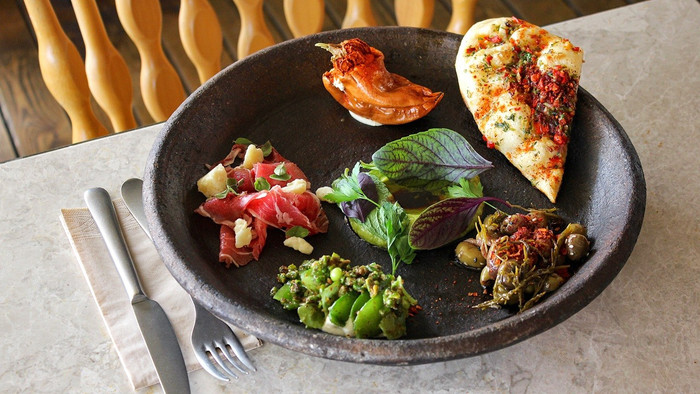 ★ The Restaurant Week aims to provide a delicious experience with its menus in Turkey. The theme this year is "sustainability."

The Restaurant Week will be in Istanbul, Izmir, Bodrum, Denizli, and Gaziantep until the end of the month. It takes place under the sponsorship of Metro Turkey.

The brands participating in the event have their presentations in three categories: waste-free food, local and geographically indicated, vegan, and vegetarian menus.

Gastronomy experts held a conference in Feriye on May 14. They talked about sustainable Turkish cuisine. Apart from these, there will also be a competition for chefs under 35. The three young chefs who make it to the final will receive the right to train on the Metro platform in Prague.

The participants at the third Global Gastroeconomics Summit held on May 11 also discussed the subject. They emphasized the importance of diversifying and popularizing gastronomic products and local flavors for the country's economy and future. 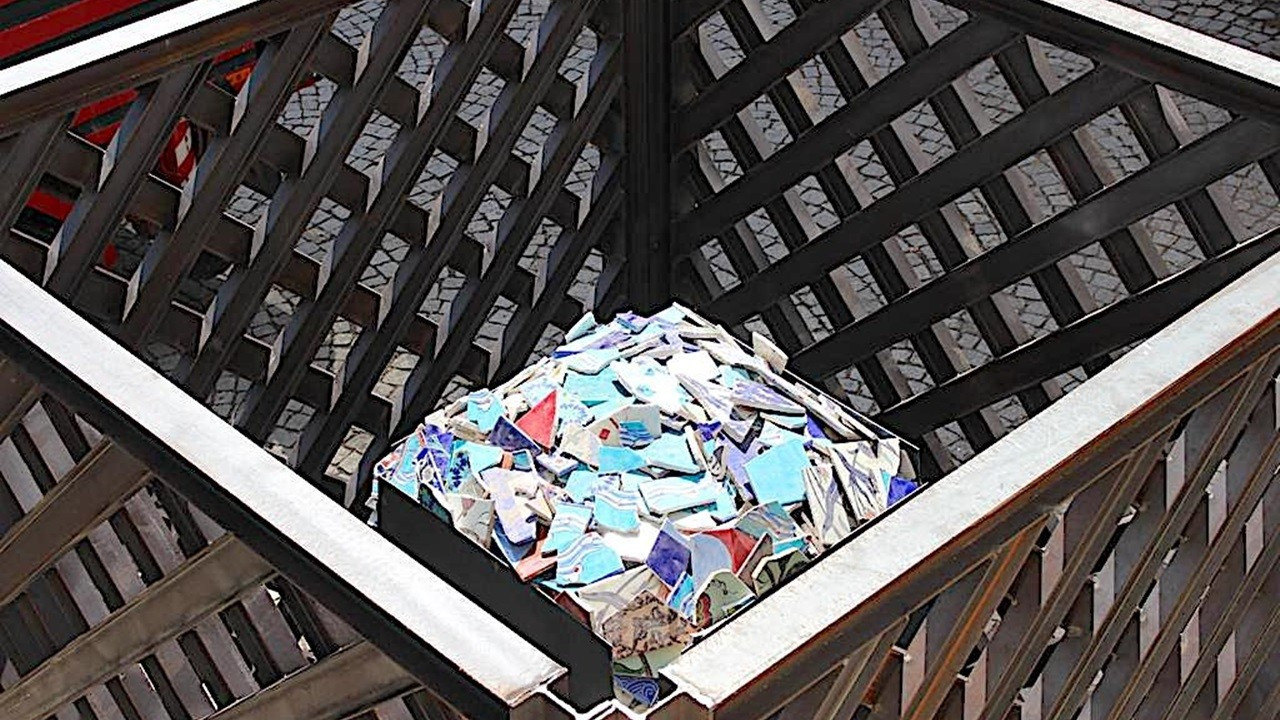 ★ CI Bloom, the new fair of Contemporary Istanbul, starts on May 10. The organizers chose Shipyard Istanbul, an old shipyard turned into an exhibition space, as the venue. The event will bring together 23 contemporary art galleries in Turkey with art lovers.

Akbank Sanat is at CI Bloom with "Topkapı" by artist Jannis Kounellis. Prof. Dr. Hasan Bülent Kahraman, the exhibition curator, talked about Jannis Kounellis in a speech. He said that the artist was sensitive to reality in his abstractions and that he was the leading name in 20th-century art with his lyrical style. We learn that Kounellis has always been interested in Istanbul's history, geography, and culture.

The artist created his work "Topkapı" with an oriental image and a feminine point of view rather than a masculine expression. ★ Art & Tech for Good Summit is taking place between May 13-15 in Istanbul. The event will be at Goodspaces, a place for arts and technology.

Metaverse, NFT, and Web 3.0 are featuring expert speakers from Turkey and the world.

Speakers will talk about sustainability, art, entrepreneurship, technology ecosystem. A free panel will take place on the last day of the event. 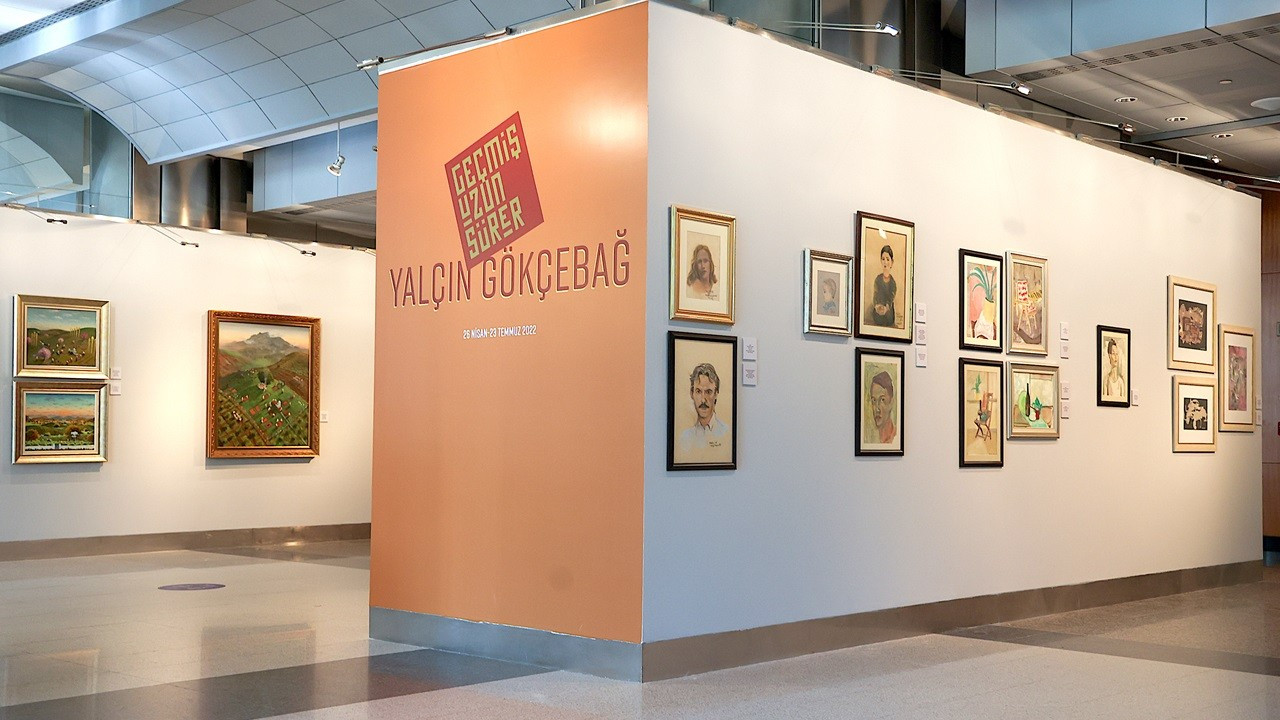 The name of the exhibition is "The Past Takes Long."

In the exhibition, Gökçebağ presents his works from different periods. He emphasized the Anatolian life, people, and nature he observed during his teaching years.

Some of his paintings have details dedicated to his childhood. He wanted to paint the bond he established with nature.

During this time, he wanted to live in nature with his dreams. He designed it as a defense against urban life.

This exhibition will be on until July 23.

★ English rock band Deep Purple is coming back to Istanbul after many years.

They will take the stage at Istanbul Life Park on May 25. The concert is part of "The Whoosh! Tour," Aktif Bank is sponsoring it.

The band has sold more than 100 million albums with many immortal songs such as "Hurricane" and "Perfect Strangers."

Established some 50 years ago, Deep Purple is important in rock music history. It had many renowned musicians in its ensemble, such as David Coverdale, Glenn Hughes, Joe Lynn Turner, and Joe Satriani. The band's last studio album was "Turning to Crime," released last November. ★ A TV channel in Turkey is addressing the issues of the stutterers.

The channel is named Stutter TV. The Sabancı Endowment just honored the TV channel for making a difference in societal advancement, reports the Turkish daily Sözcü.

Seda Fırın, who established the channel, has been suffering from stuttering since childhood. She says that the goal of the broadcasts is to explain the problem of stuttering correctly, although the underlying reason is not fully known.

It also encourages stutterers to integrate with the society they have been shying away from due to their problem, motivate them, and direct them to speech therapists. In a ceremony to honor him, Fazıl Say performed a new composition titled "My Father Ahmet Say." The jury said that Kâmil Erdem received the award because "he projects the life, society, relationships between individuals with incisive observations, is a master of the language and has a poetic and neat style of expression."

He created a brand-new style in Turkish literature, bringing a new life to Turkish short story writing with his harsh but humanistic portrayals of laborers, fishermen, children, unemployed, and the poor. His stories focused on the urban lifestyle, and he portrayed denizens of the darker places in Istanbul.

Archaeologists are waiting for authorities to reinforce the tunnels to study them.

The carvings depict an unfinished scene of gods. Archaeologists think they are about 3000 years old. Among the deities are the sun-god Shamas, the Mesopotamian god of storms Hadad, the goddess of fertility Atargatis, and the moon-god Sin.

This unusual melding of the conquering Assyrian and local Aramaic gods suggests a dialogue between the two ancient cultures, suggesting the controlling Assyrian regime saw benefits to mixing cultures to obtain peace, or "soft power" as we would call it now.

* Results for week: 36 * In games played so far this weekend: * Standing in the league as of week ending 36
★ In other sports:

In the Mens, Turkey's  Yusuf Fehmi Genç: Received gold medal in clean and jerk and a bronze in snatch and overall a silver.

In the Womens, Turkey's  Cansu Bektaş: Received a gold medal in clean and jerk and received a silver over all.