Odesa, Chernomorsk, and Yuzhny ports in Ukraine will open to exports under United Nations monitoring. The accord will be valid for 120 days with an option to renew.

State Department spokesman Ned Price told reporters that U. S. welcomed the announcement but said they are focusing on now holding Russia accountable for implementing this agreement.

★ Turkish Foreign Affairs Minister Mevlüt Çavuşoğlu said Turkey would assess compliance by Sweden and Finland with a deal allowing them to join NATO at a trilateral meeting next month.

At the end of June, Turkey lifted its objections for Sweden and Finland to join NATO on the sidelines of a summit in Madrid. According to government-operated broadcaster TRT, Turkey's foreign affairs minister said on Thursday that the monitoring committee would gather in August.

In May, Turkish President Erdoğan said they opposed the NATO membership of Sweden and Finland. He said that the two countries failed to combat threats to Turkey's security posed by terrorist groups, including the Gülen Movement and the Kurdistan Workers' Party.

Most think that the Gülen movement was behind the 2016 coup attempt.

The Kurdistan Workers Party has been in armed conflict with Turkey since the 1980s, resulting in the deaths of 40,000 people. The underground organization is on a list of terrorist entities in the U.S. and the European Union.

★ According to Medyasope, an independent news and analysis provider, internet service providers in Turkey share the traffic of all users connecting to the internet via computers or mobile devices to BDK, Turkey's Information Technologies and Communications Authority.

The data sent is not anonymous, and the identity of all users are visible to BDK. Medyascope writes that BDK and possibly other government agencies are using the data for mass surveillance.

In the past decades in Turkey, journalists uncovered wiretapping incidences, but mass surveillance was never an issue, Medyasope writes.

Medyascope writes that it was not the board of BDK that decided to ask for data, but a presidential letter ordered them to do so.

★ On Wednesday, Turkey rejected Iraqi state media claims that it had carried out a strike on a mountain resort in the northern Dohuk province of Iraq that killed eight tourists and wounded 23 people.

The Iraq state TV said a fierce artillery bombing hit the resort area in Zakho close to the Turkish border.

★ This week, Russian President Putin got together with the Iranian supreme leader Ayatollah Khomeini and Turkish president Recep Tayyip Erdoğan in Tehran, Iran. The purpose of the summit was to discuss the future of Syria.

According to the website of the Turkish president, three leaders expressed their determination to continue working together to combat terrorism in all forms and manifestations. They condemned the increased presence and activities of terrorist groups and their affiliates under different names in various parts of Syria, including the attacks targeting civilian facilities, resulting in the loss of innocent lives.

During his meetings with the Iranian side, President Recep Tayyip Erdoğan discussed a new natural gas deal that will extend the existing one by 25 years.

Iran supplies a significant amount of oil and gas to Turkey. A 1600-mile pipeline carries Iranian gas to the Turkish capital Ankara.

The Turkish service of Deutsche Welle also reported that before the meeting on Tuesday, Iranian supreme leader Ayatollah Ali Khamenei advised Turkish President Recep Tayyip Erdoğan against a new military offensive in Syria. President Erdoğan said earlier that Turkey might intervene in northern Syria to create a larger buffer zone and may deport some of the 4 million Syrian refugees in Turkey there.

After the summit, Mr. Erdoğan met with his Iranian counterpart Ebrahim Raisi, Turkish daily Duvar reports. In a press conference, Mr. Erdoğan said Turkey would like to expand defense industry cooperation with Iran.

★ According to the Turkish daily Sözcü, the top Turkish court Council of State rejected a plea to annul the 2021 presidential decree that pulled Turkey out of the Istanbul Convention.

The conservative groups in Turkey claim that the convention promotes homosexuality. Upon pressure from these groups, the Erdoğan administration withdrew from the landmark agreement.

★ CNN International interviewed Haluk Bayraktar, the general manager of Turkey's Baykar Technologies. The Baykar name came to the forefront with its drones that the Ukrainian Armed Forces have used against Russian invaders.

In the interview, Mr. Bayraktar said Baykar would not sell drones to Russia and was on the side of Ukraine.

Mr. Bayraktar says that Turkey and Ukraine have strategic relations, especially in aerospace and defense. "These are years of effort," he adds. "Turkey is supporting Ukraine with armed drone technology. We also buy engines for drones from Ukraine. We have built relations with Ukraine based on a win-win principle, which gives advantages to both countries. And in that regard, we clearly support Ukraine," he also pointed out. Read more >> here <<

★ According to Turkey's Ministry of Health, COVID 19 cases in Turkey almost doubled in a week and reached 227,000 by July 17.

Independent experts say that the numbers are much lower than the actuals.


★ On Thursday, the Turkish central bank announced that its monetary policy committee left a key interest rate unchanged at 14%, far lower than the inflation rate, the daily Duvar reports.

The government claims that the inflation rate is 79%. However, independent experts calculate it as more like 176%.

Economists say to bring down inflation Turkish central bank should increase the interest rate and call the policy of Mr. Erdoğan unsound. However, Mr. Erdoğan disagrees. As we reported to you last week, Mr. Erdoğan says that the soaring inflation is a continuation of the 2016 coup attempt, and unspecified powers are behind it.

★ Consumer confidence in Turkey improved most since November 2015 after President Recep Tayyip Erdoğan reacted to a jump in inflation by approving a series of impromptu pay increases for minimum wage earners, state employees, and retirees.

The index of consumer confidence rose to 68 points in July from 63.4 points in June, the Turkish Statistical Institute said on its website on Wednesday.

★ According to the daily Duvar, former prime minister and current leader of the opposition Future Party Ahmet Davutoğlu has said he was concerned that "some incidents" in the form of wide civil unrest might occur in Turkey by the winter months.

The comments by Dr. Davutoğlu came as allegations of a looming internal disorder that started to surface amid the deteriorating economic crisis.

Earlier in July, Ümit Özdağ, the leader of Turkey's newly formed far-right Victory Party, claimed that a civil war was awaiting Turkey, which led the Interior Ministry to launch an investigation against him.

Dr. Davutoğlu was a member of the ruling Justice and Development Party and a key ally of president Erdoğan for some years.

★ According to the daily Duvar, on July 18, retailers increased the prices of alcoholic beverages by 15 to 20%. The increase affected imported wine, vodka, and whiskey.

It is the fifth price hike on alcoholic beverages this year in Turkey.

★ According to the Trading Economics site, the Turkish government budget deficit widened to TL31.1 billion in June of 2022, from TL25.0 billion in the corresponding month of the previous year.

In the first-half of the year, the budget showed a surplus of TL93.6 billion and a primary surplus of TL228.2 billion. Read more >> here <<

★ According to the Turkish Statistical Institute, real estate sales to Russians are helping with increased home purchases in Turkey. In June, the units sold were 11.7% higher annually and reached 151,000.

According to the Turkish central bank, The price of real estate was up nearly 130% in April compared to last year in local currency.
ARTS AND CULTURE 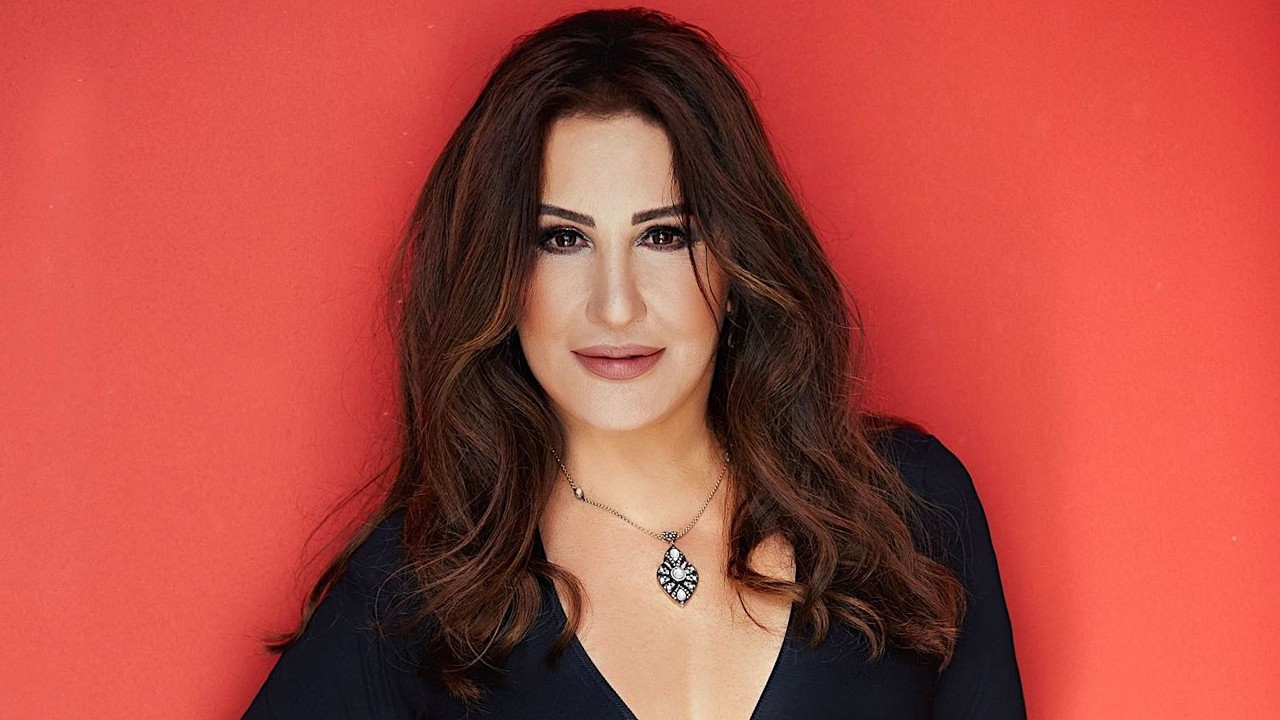 On Friday, July 22, Fatma Turgut, another rock musician, appeared before her fans. The artist performed "I was there," her last hit, which she released in May.

Folk songs of the folk poet Aşık Veysel also met the audience in the program, with Tuluğ Tırpan on the piano, Volkan Öktem on the drums, and jazz musician Eylem Pelit on the bass guitar. 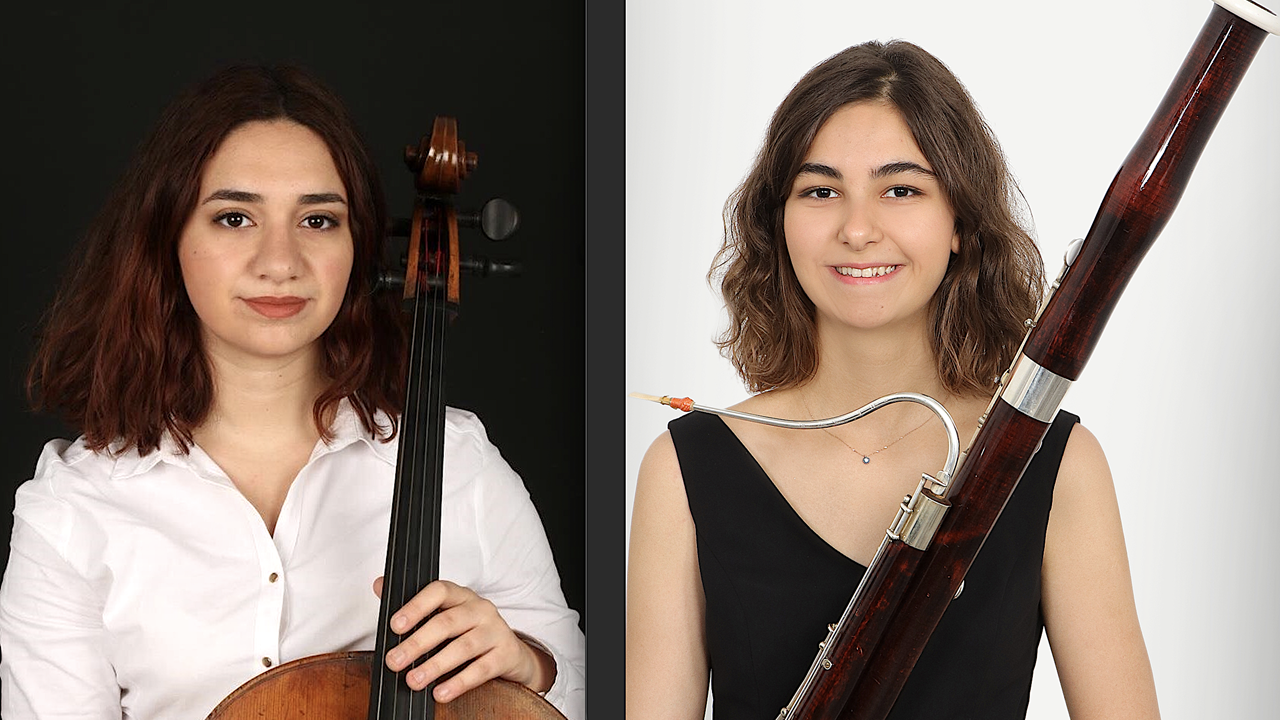 In the 2022-2023 period, three more young talents will continue their musical education abroad with the support of the Tekfen Foundation.

Tekfen Foundation, which started its Music Scholarship program in 2019, awards scholarships to students who will continue their undergraduate classical western music education abroad. 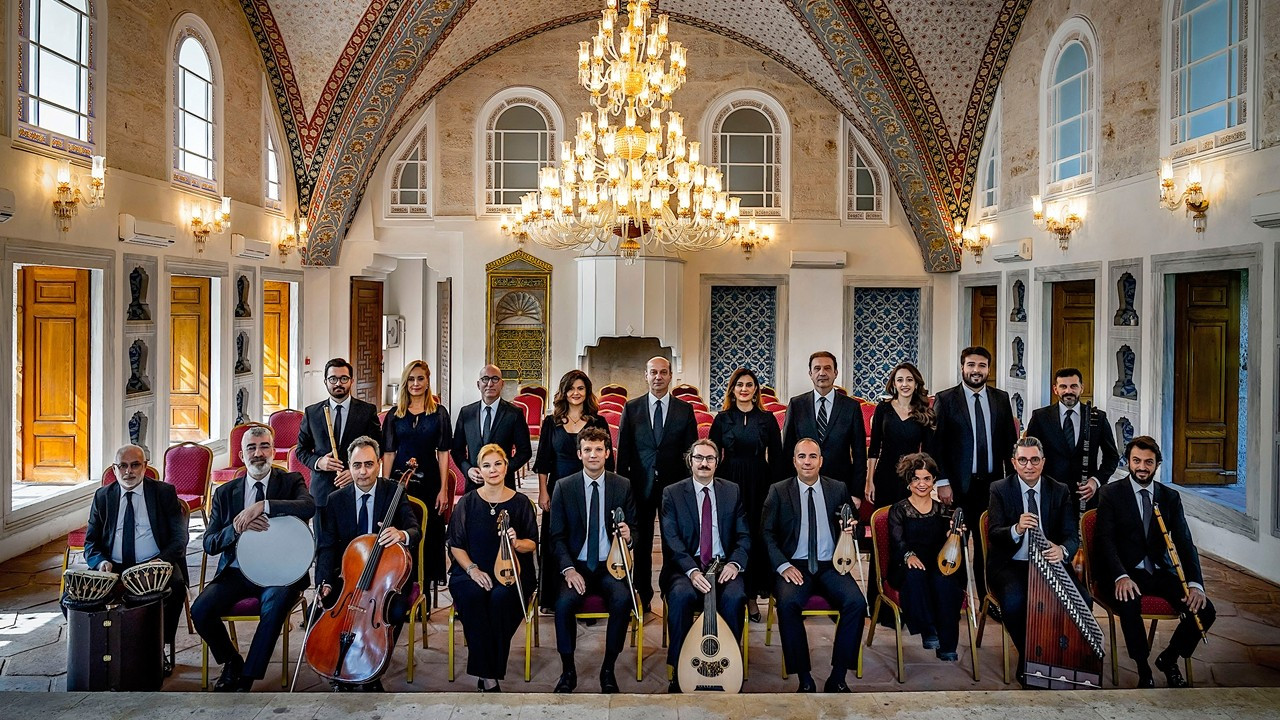 ★ On July 19, Istanbul State Turkish Music Research and Implementation Ensemble was in front of the audience at Atatürk Cultural Center with famous songs dedicated to Istanbul.

The venue for the event was the Atatürk Cultural Center, Theater Hall. 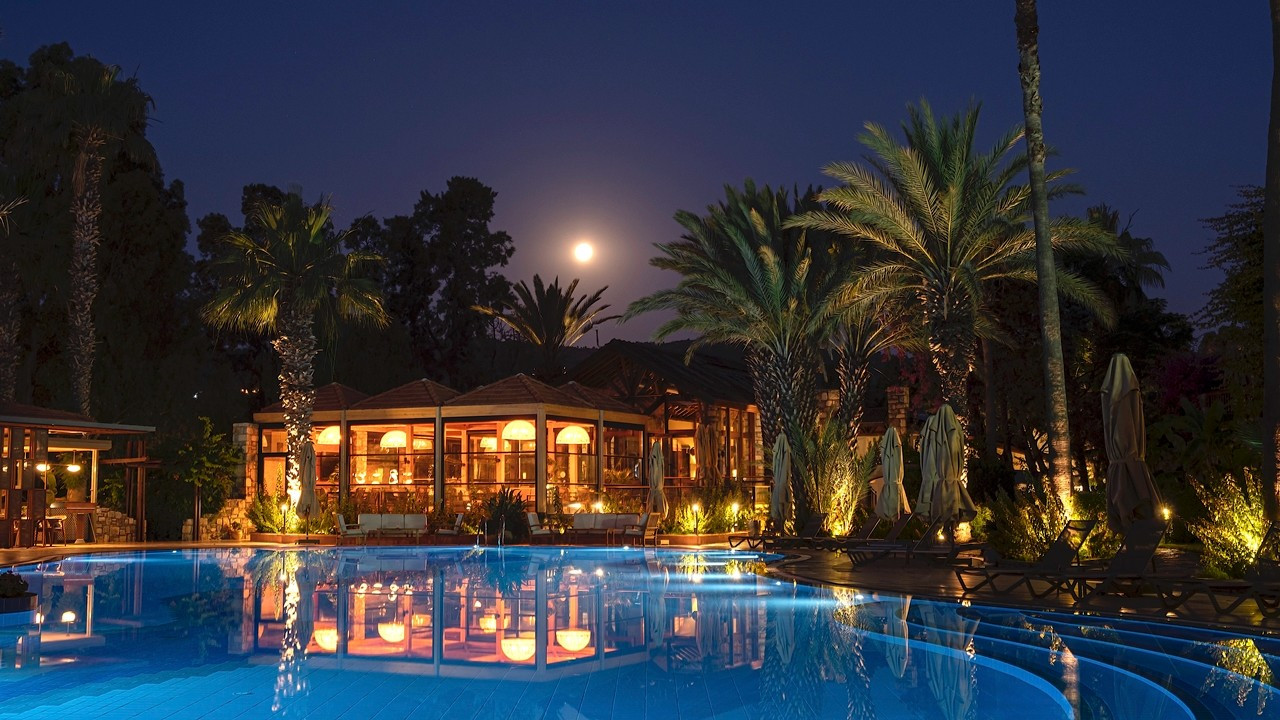 ★ Innovations continue at the five-star hotel Divan Bodrum with three venues with different concepts. Divan is in the southwestern Turkish town of Bodrum, an international destination for world holidaymakers.

The venues are:
There are live music performances by a DJ every day of the week and Yapı Kredi Kristal Live Night every Thursday.

Divan Fit welcomes those who want a healthy and dynamic start to the day with Ece Vahapoğlu's yoga activity in the garden of the hotel every Wednesday. 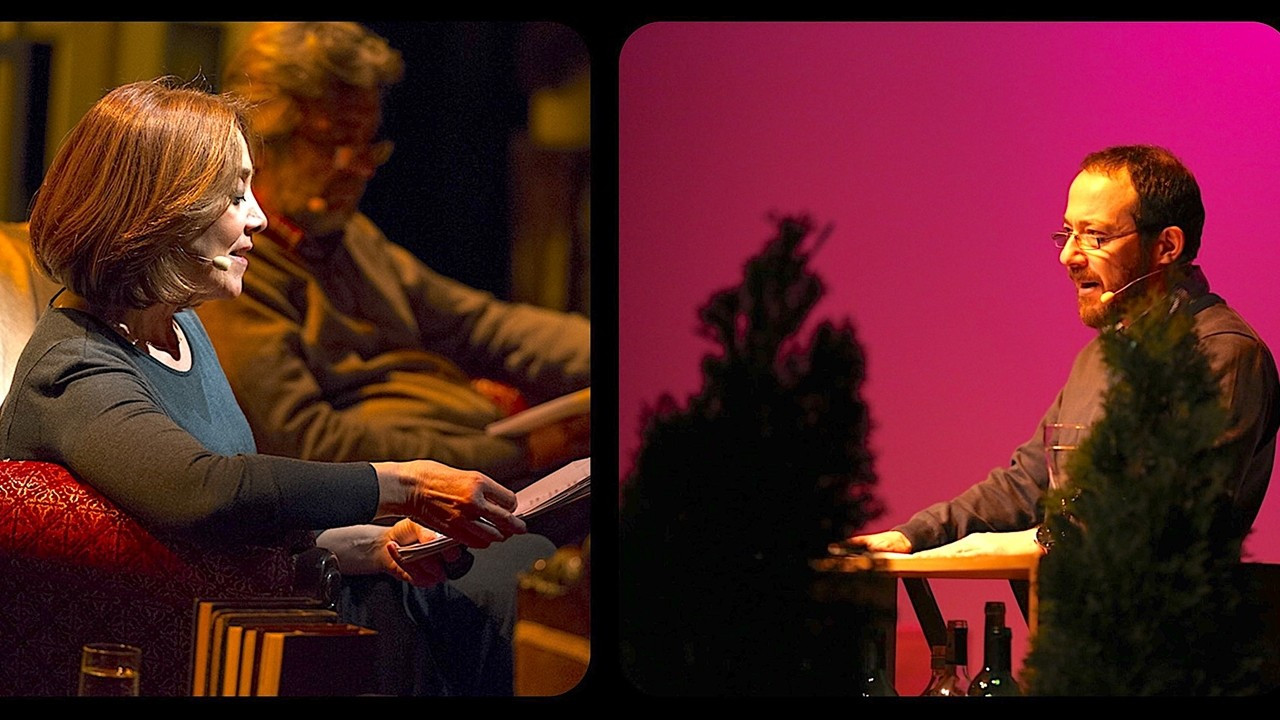 The events started with the Ece Göksu concert on July 20 and are free of charge every Wednesday until the end of summer.

In addition, reading sessions featuring renowned Turkish writers will be in the short story event. Among the short stories are:
Emrah Kolukısa will conduct the "Archaeology Talks" with the excavation heads.

★ Anatolia News Agency reports that stopping by Turkey on their European tour, the band Pink Martini will perform at Harbiye Cemil Topuzlu Open Air Theater in Istanbul on July 26.

Combining melodies and rhythms from many regions of the world, the band characterizes itself as musical archaeologists who present their findings in modern form.

★ In the European volleyball championships under-17 category, the Turkish women's team beat its Serbian rivals 3 to 2 and elevated to the finals.

★ In the 2022 European youth team chess championships, the Turkish national team took the second place in the 12-year-old boys' category but shared first place as the European champions. In the 18-year-old girls' category, Turkish girls came in second and received a silver medal. The championships were in Thessaloniki, Greece.

So far, on the fourth day of the competitions, Turkish athletes got two gold, six silver, and nine bronze medals totaling 17. The games will end today.

★ In the 52nd Under-20 Balkan Athletics Championships, Turkey's Arzu Atlı took the third-place in Javelin.

The games were on July 16 and 17. The Turkish athletes received 17 gold, 14 silver, and eight bronze medals. As a team, they came in first.

★ According to the Anatolia News Agency, Turkish motorcycle racer Toprak Razgatlıoğlu clinched a second consecutive victory in England on Sunday.