Here are the outcomes from their meetings:

According to Reuters, Turkey will switch part of payments for Russian gas to roubles.

Turkey will extend the use of Russia's Mir payment system, making things easier for Russian tourists in Turkey.

These two moves put Erdoğan at odds with the United States, which has led the international push to sanction Russia following the invasion of Ukraine on February 24, Deutsche Welle writes. Read more >> here <<

Russia and Turkey will boost cooperation in transport, agriculture, and construction.

They stressed the need for full implementation of the Istanbul agreement that allows grain exports from Ukraine.

★ One of the other issues that Turkish and Russian leaders discussed was Turkey's intent to send the military to northern Syria to expand the safe zone it created there some years ago.

Before the meeting, Kremlin spokesman Dmitry Peskov said that Turkey has legitimate security concerns over Syria.

In sending the military to the area, Turkey would face the Syrian Kurdish militia, a U.S. ally, and the Russian army.

Maryna Vorotnyuk, a leading expert on the Black Sea region at the Royal United Services Institute (RUSI) in London, says that Turkey is taking great care not to cross Russia's red lines.

★ Turkey's constitutional court had two rulings this week that went against the liking of the ruling Justice and Development Party administration.

In 2016, over 1000 professors from Turkish universities signed a declaration called "we will not be a party to this crime." They were urging the Erdoğan administration to cease its military operations in Turkey's Kurdish majority southeast, where days-long curfews and military conflict were devastating locals, the daily Duvar writes.

The Erdoğan administration went on to punish these professors. Supposedly independent Turkish courts prosecuted some, and university administrations fired yet others.

Now a second time, the top court ruled a violation of the professors' rights. With a unanimous vote, the court ordered authorities to pay the professors in local currency equal to $560-$725 in compensation.

Among the signatories to the ruling is Judge İrfan Fidan, who had launched an investigation into 733 professors when he was the Istanbul deputy chief prosecutor. Read more >> here <<

A November 2021 report by the Human Rights Foundation of Turkey found that 39% of the professors still do not have a full-time job, and 14.2% earned below the minimum wage.

Another ruling said that a university had violated the rights of a student by suspending her from school for one month for participating in releasing a press statement critical of the university president, reports the daily Duvar.

This statement came after a protest against the University administration's decision to probe another group of students who protested the 2015 Isis suicide attack at the train station in the Turkish capital Ankara.

The top court said that the student had merely used her right to free speech and ordered the Justice and Development Party-led government to pay her $750 in compensation. Read more >> here <<

★ Prof. Şenol, a member of the Gazi University School of Infectious Diseases, has been the target of the anti-vaccine movement in Turkey throughout the COVID-19 pandemic.

On August 1, she announced on social media that someone placed two calf tongues in front of her office on July 29. She said that the person who did this act was identified through security cameras and was a member of the Great Awakening Association, an anti-vaccination group.


★ According to the state-run Turkish Statistical Institute, the annual inflation rate hit 80% in July, the highest since 1998. ENAG, an independent group of scholars, put it at 176%.

"Even if inflation is close to a peak, it will remain close to its current very high rates for several more months," Tuvey said in a note.

This year inflation has been fueled further by the economic impact of Russia's invasion of Ukraine, as well as the lira's continued decline. The currency weakened 44% against the dollar last year and is down another 27% this year.

In related news, a Bloomberg economist estimated that the Turkish government's intervention to prop up the Turkish currency cost $66 billion from January through July this year, averaging around $10 billion a month. The intervention comes as foreign exchange sales by Turkey's central bank.

The central bank spent an estimated $128 billion in foreign currency through interventions in the market and by engaging in foreign currency swaps with state-run banks in 2019 and 2020, leaving its reserves in the negative but did not help save the sinking Turkish currency.

★ According to the daily Sözcü, consumer food price inflation reached an annualized rate of 94% in July in Turkey, about seven times the OECD average of 12.59%.

OECD, the Organization for Economic Co-operation and Development, is an intergovernmental organization with 38 member countries, founded in 1961 to stimulate economic progress and world trade. Along with Turkey, the U.S., Australia, and many other developed and developing nations are members.

★ According to the Turkish daily Dünya, fertilizer and other input prices for agriculture have increased by 117% in Turkey.

Experts indicate agricultural production declined in the past few years since farmers could not sell their products for prices over the costs.

★ According to Aydın Tüfekci, the head of the Istanbul Chamber of Retail Butchers, 17 butchers closed in Istanbul in June. The demand for meat has been substantially lower due to increased prices emanating from inflation.

Also, due to price controls, butchers have been selling their meat for less than what it costs.

Tüfekci says that the wholesale price of meat is between 98 two 104 Turkish liras, but the cost is 140 liras.

★ The two natural gas storage facilities in Turkey are filled up for winter use and alleviate the impact of any interruption in gas supplies due to the Russian-Ukrainian war.

Turkey gets most of its natural gas from Russia and Iran. Recently, U. S. natural gas also made its way to Turkey via tankers.

★ The project to export Israeli natural gas by way of Turkey is progressing slowly due to the regional conflict, the daily Dünya reports.

Egypt will also ship some gas through the same pipeline. 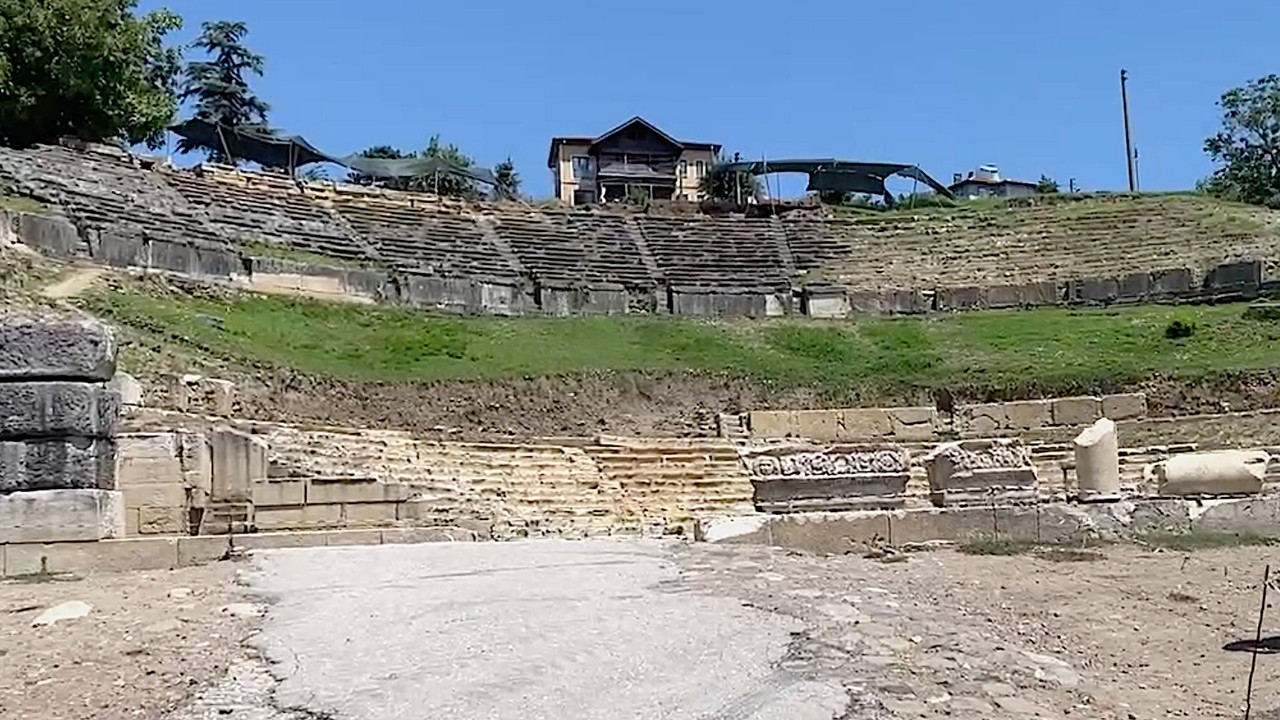 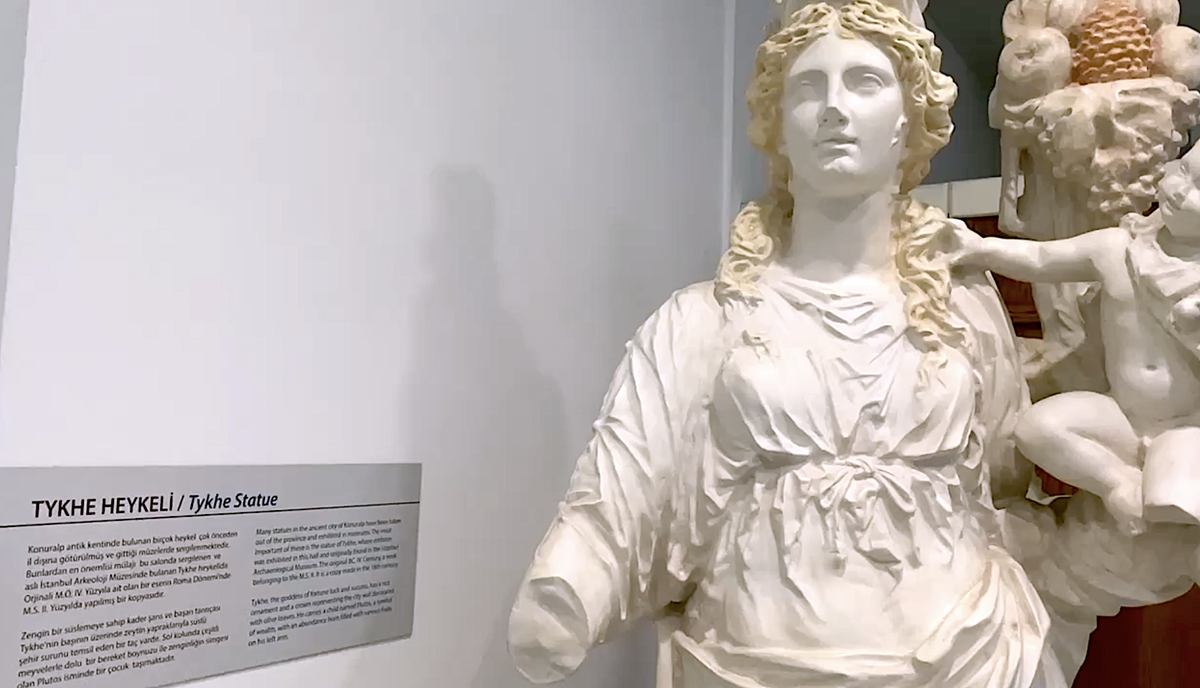 
★ In the ancient city of Prusias ad Hypium in the Western Black Sea region of Turkey, there is a theater from the 3rd century CE. It has a capacity of 10,000 spectators. This theater is reopening to visitors, reports Faruk Şüyün of the Turkish daily Dünya.

Prusias ad Hypium is the only ancient city still visible above ground in the Western Black Sea Region of Turkey, Faruk Şüyün adds.

Prusias ad Hypium is near Düzce city. Düzce Mayor Faruk Özlü attaches importance to the excavations of the ancient city and has been following them for three years. Twelve archaeologists and about 70 workers are working on the dig.

The museum, established to exhibit the rich cultural heritage of the ancient city of Prusias ad Hypium, was opened to visitors in 2003. It has three exhibition halls, a laboratory, two warehouses, a conference hall, and administrative departments in the museum. It features 6237 artifacts. 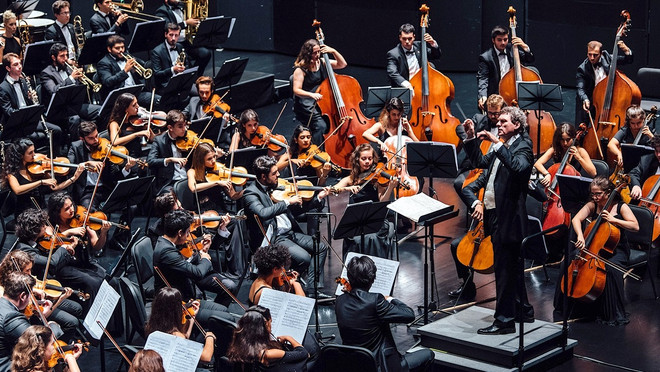 ★ TUGFO, The Youth Philharmonic Orchestra of Turkey, is preparing for its Turkey and Europe tour. Orchestra consists of 60 young musicians.

TUGFO will give seven concerts in Turkey, Czechia, and Germany. On August 5, the orchestra will meet with the audience for the first time at Bursa Uludağ University in northwest Turkey. On August 8, they will continue at the Istanbul İş Sanat Culture Center. Then on August 9, they will present a musical feast to art lovers at the Presidential Symphony Orchestra Concert Hall in Ankara.

This year, the repertoire includes works by Tchaikovsky, Fauré, Schumann, and "Ottoman Miniatures 2" by Evrim Demirel. The orchestra will accompany the young cello Poyraz Baltacıgil this year.

The foreign leg of their tour will include: 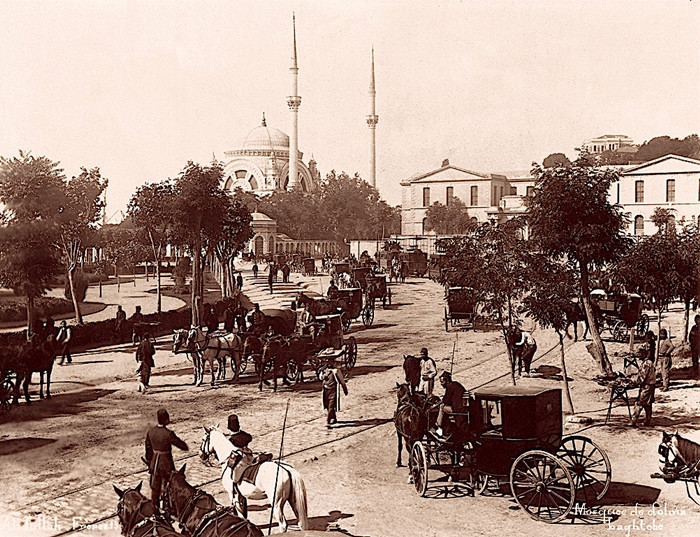 ★ A selection from the Suna and İnan Kıraç Foundation Photography Collection met art lovers at the Dubrovnik Summer Festival in Croatia.

The exhibition is "From Constantinople to Istanbul – From the Middle of the 19th century to Twentieth. Photographs of the Rumeli Side of the Bosphorus."

The photographs document the industry and architecture of the city, starting from Karaköy, the beginning of the Bosporus straight, to Rumelifeneri at the end.

The exhibition is open to visitors until August 5 at the Ethnographic Museum of Dubrovnik, Croatia. ★ Didem Kalaycı, a college student in Eskişehir, who is engaged in the art of three-dimensional modeling, makes miniatures using waste materials such as textiles, glass, and plastic, reports Anatolia News Agency.

She is a third-year student at the Anadolu University, School of Communication Sciences, Department of Film and Television.

She met the art of diorama when, on the recommendation of a friend, she created a miniature set environment to make herself an animated short film.

She uses her imagination to create miniature models using waste textiles, glass, plastic, fabric, and balsa, a light wood type. She is also interested in other art forms and that the diorama brings together many branches of art. ★ Traveling by caravan, a British family considers Turkey their home, where they stayed due to quarantine during the COVID-19 outbreak, reports the Anatolia News Agency.

They sold their home in England and left the country with three children. Sebastian, the fourth child of Mathew and Katie Askey, was born in Fethiye in June 2021.

They said that people in Turkey are friendly and hospitable. They added, "The world is our garden, and the people who live where we are going have become our family." They needed a house in Turkey and bought a small village house in Iznik district in the Northwestern province of Bursa, which they loved very much.

Their children continue their education with some of their online teachers.

Next, the Askey couple is planning to travel to India. On their route, they will visit places they had not seen in Turkey yet. ★ Nihat Tellioğlu, a master of glass art for 25 years in Turkey's Mediterranean city of Mersin, evaluates discarded glass materials and turns them into ornaments. He received training in this profession at Trakya University Muratlı Vocational School Glassmaking Program.

He continues to learn new techniques from Italian and U. S. masters. Tellioğlu said he was upset when he saw that people threw away broken bottles, vases, ashtrays, and similar items.

Tellioğlu thanked the Metropolitan Municipality for hosting them in the historical Kayseri fortress and said he was pleased with the interest.