[To send a message to us please put the following code at the beginning of your subject "txuxrxk" AND remove the TurkC-L tag. Then use our trh at turkradio.us address. This is to prevent spam. Other e-mails may not be read.]

He was in Boston and Washington D. C. While in Boston, he visited MIT and Harvard universities. There he talked to researchers.

He also paid a visit to Washington Post and expressed his condolences for the assassination of Jamal Khashoggi. Saudi operatives killed Khashoggi in 2018 at the Istanbul consulate of Saudi Arabia. Analysts think that Crown Prince Mohammed bin Salman, the de facto ruler of Saudi Arabia, issued the order to kill Khashoggi.

In a tweet, Mr. Kılıçdaroğlu said that both Turkey and the U. S. failed to respect democracy against the petrodollar order. "We reject a system where petrodollars commit murder," he added.

Turkey recently halted a lawsuit against Saudi citizens who participated in the murder and effectively stopped investigating the murder in Turkey. Analysts think that promise of financial support to the ailing Turkish economy by Saudi Arabia was behind the decision to stop the lawsuit.

At the beginning of the meeting with the students, Kılıçdaroğlu said no one should be prosecuted or imprisoned for their thoughts.

He also said it is wrong for one man to be in charge of the government's legislative, executive, and judiciary branches. He directed his comments to Turkish President Mr. Erdoğan's rule. "There is no separation of powers. It is causing many problems," he added.

Mr. Kılıçdaroğlu also pointed out that Mr. Erdoğan controls almost all of the press in Turkey.

Kılıçdaroğlu said that President Recep Tayyip Erdoğan has 16 planes in the presidential fleet. "We will fight with extravagance. We will sell 15 of the planes (when we assume power) and put the income in the Treasury,"

"The most basic human right is to question where the taxes paid are spent.

"Since the broad masses of the people in Turkey do not ask this question and do not seek the answer, democracy does not develop to the extent we would like.

"You can't develop democracy if you don't question where taxes go."

"Turkey is dependent on Russia in terms of energy. This dependence will increase even more with the activation of the nuclear power plant (in Akkuyu)," he added.

The ruling Justice and Development Party say similar laws exist in Europe and elsewhere. However, critics say European ones do not call for prison sentences, but Turkish law does.

Turkey's so-called disinformation bill drew condemnation from a European legal watchdog that warned the law would threaten freedom of expression and independent journalism ahead of next year's elections.

In recent years, the Turkish government has introduced several pieces of legislation to control social media. But critics say the latest proposed 40-article law is the most severe.

★ According to Deutsche Welle, Russian President Vladimir Putin has proposed Turkey as a potential hub for Russian gas to third parties, including Europe.

Mr. Putin made the offer on the sidelines of a security conference in Kazakhstan. He also suggested setting up a natural gas exchange market in Turkey to determine prices, reported the Russian Interfax news agency.

On Friday, Erdoğan said he ordered his government to present their implementation plans, saying the hub "will be an international distribution center."

Deutsche Welle explained that Turkey's NATO partners do not approve of Mr. Erdoğan's policies of cooperating with Russia and not joining the sanctions against Russia. It wrote that the United States and the European Union recently increased pressure on Turkey to implement the sanctions.

However, Mr. Erdoğan claims that his close relationship with Mr. Putin is beneficial. It can get concessions from Russia, as it did with the Ukrainian grain export deal.

Under the deal, Russia started allowing grain exports to the world markets from Ukrainian ports.

Mr. Erdoğan also wants to broker a peace deal between Ukraine and Russia and keeps talking about this with Mr. Putin.

★ Friday evening, an explosion in a mine in northern Turkey killed dozens of miners, and many are still trapped, various news agencies wrote.

Turkish Chamber of Mining Engineers said that they suspect negligence.

Turkey has a bad record of mining accidents, experts say. In 2014, 301 workers died in Western Turkey in a coal mine.

According to the Economic Research Foundation of Turkey, on average more than seven miners die in Turkey every year because of workplace accidents for every million tons of excavated coal. The death toll rate in Turkey eclipses that of China, where just over one miner dies per million tons, the foundation adds.

★ According to Bianet, Turkey's Ministry of Justice released new statistics on the number of people incarcerated.

★ In 2023, Turkey will have general elections. There are moves on the economic front by the Justice and Development Party to get more votes, observers claim. Here are two:

- Bloomberg reported that Turkey requested to delay its natural gas debt to Russia until 2024. Economists evaluate this move as an effort to prevent the weakening of the Turkish lira against the dollar before the elections, reports the daily Duvar correspondent Meral Candan.

The founder and CEO of the MetroPOLL polling company Özer Sencar said that under the leadership of President Erdoğan, the ruling Justice and Development Party was able to win back the 4% of undecided voters who previously voted for it.

He added that even a 5% go back to the justice and development party, this will create difficulties for the opposition to win in the elections. 
★ Turkeys Borusan Art will host world-famous soloists and conductors in the new season.     All events will be held at Istanbul's Zorlu PSM Turkcell Stage.

★ ENKA Art devoted the month of October to the inspiring documentaries of Turkish theater artists for which it is the production sponsor.

Caniko met with theater lovers on October 11 to commemorate Yıldız Kenter's 94th birthday. Kenter, who passed away recently, was a renowned actor.

On November 23, Gülsin Onay will appear before art lovers with a recital. The artist will perform the works of J. Haydn, F. Mendelssohn-Bartholdy, and F. Chopin. Polish Government honored her with the Polish State Order for her promotion of Chopin.

As part of the 26th Istanbul Theater Festival, "Searching for Noah's Ark," produced by ENKA Art for the Co-Production project, will premiere at the ENKA Auditorium on November 15.
Read more >> here <<

Hülya Botasun, a 1990 graduate of the Marmara University Fine Arts Faculty Painting Department, is a lecturer at the Painting and Sculpture Museums Association.

The artist participates in various workshops and events in Turkey and abroad . She organized "Art Evenings with Hülya Botasun" and "Artist Tables" programs.

The exhibition includes the artist's recent works as well as selected works from various periods. You can visit it between 11:00 and 18:00 until October 19.
★ The second of the Nirvana Cosmopolitan Republic Events begins on October 28.

On October 29, Sare Aldemir will answer the questions asked in her interview on "Correct Career Planning According to Our Children's Birth Charts."

After the talk, the Republic Day COSMOS Tourism Professionals Cup Awards will find their owners. Nirvana Hotel Cosmos Sports Center organized the event for the second time this year. 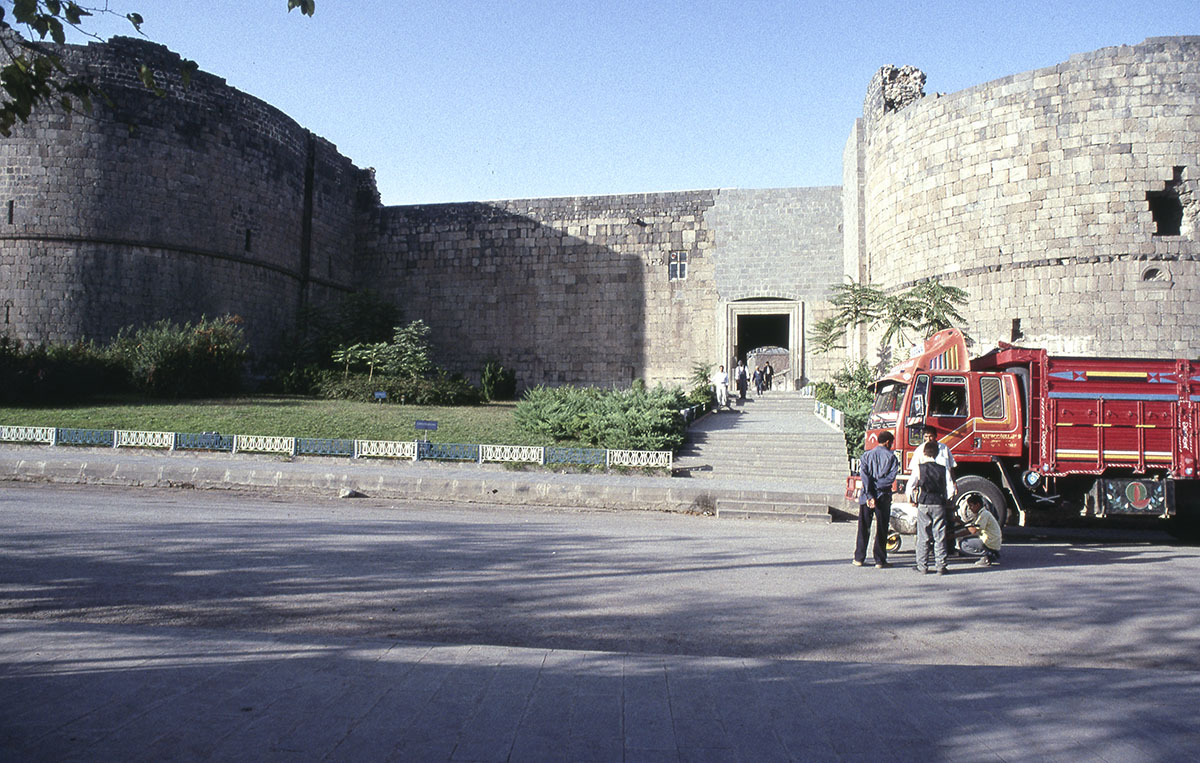 A gate at the Diyarbakir ramparts
Copyright by Dick Osseman, published with his permission

★ Turkey's South Eastern city of Diyarbakir is renowned for its ramparts.

The festival hosts more than 600 events with the participation of more than 2000 artists.

The Presidential Symphony Orchestra will also be in front of the audience at the festival.

The festival started on October 8 and will continue through October 16.

The festival hosted more than 6,000 artists and more than a thousand events in 51 different venues, 88 halls, and five open-air stages.

As part of the festival, the Istanbul Film Museum hosted the exhibition of cult film director Stanley Kubrick. Alireza Ghorbani and Yavuz Bingöl, guests of the 4th International Folk Music Festival to be held in Istanbul, met with art lovers with Buika on October 4 and 5. İrfani was on stage on October 6.

Tarık Zafer Tunaya Art Gallery was the scene of different meetings, from the photomarathon exhibition open to all photography lovers to photography workshops with children.

In addition to his other works on İsmet İnönü and Atatürk, Nazmi Kal signed the book "Atatürk's Trees Planted - The Miracle of Development of the Republic: 1923-1939" at Gallery Z on October 2. Ankara Ethnography Museum Garden hosted an event on the values ​​that "Coffee Culture" has added to the sociocultural life of Turkish society. After the discussion, a coffee tasting took place.

★ Filmekimi, organized for the 21st time by the Istanbul Foundation for Culture and Arts, is meeting with moviegoers in Istanbul on October 7-16 with its highly anticipated program.

Filmekimi will bring together highly anticipated award-winning films such as Stars in the Noon Sun and Close, which shared the Grand Prize at Cannes.

The program features films such as:     Filmekimi films are on the screen at Atlas 1948 movie theater in Beyoğlu, at City's Nişantaşı, CINEWAM Premium in Şişli. On the Asian side of the metropolis, at Kadıköy movie theater and Cinematheque/Cinemaevi in Kadıköy.
Learn more about the Festival >> here <<
Description of films are  >> here << 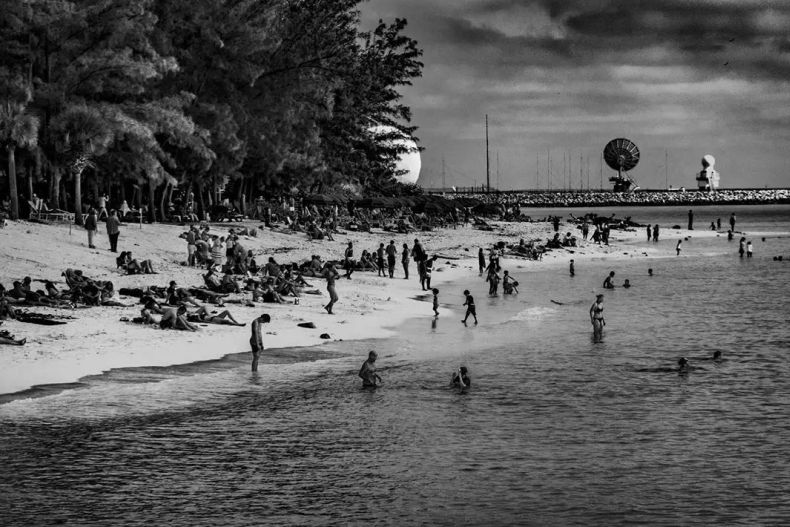 Obsidian is a selection from the TV series Devin Oktar Yalkın has been working on for many years. The artist's photographs, in which black and white, minimal elements come together with intense contrast and a striking style, invite the viewer to a mysterious journey in their dreams.

The artist's works have also appeared in magazines such as the New York Times, Time magazine, New Yorker, Vanity Fair, Vice, and Rolling Stone. They are in collections such as Istanbul Modern.

Apart from the exhibition, seeing a selection of Yalkın's editorial works in the gallery will enable the audience in Turkey to get to know the artist closely.

★ Turkey's Mediterranean city of Adana's taste meeting was between October 7 and 9.

The International Adana Flavor Festival not only hosted taste lovers but also promoted Adana cuisine with its conferences and special events.

The theme of the 6th International Adana Taste Festival, held this year on a 180-decare area in Adana Merkez Park, was announced as "Heritage from the Past to the Future: Kitchen."

Adana Metropolitan Municipality Mayor Zeydan Karalar said, "Adana is a city of flavor besides its important features. My city Adana, which transforms food into art as the carrier of rich culture, is also the carrier of this flavor culture."

Our online school is starting in September. There are some innovations in our new term.program, which we will start in September 2022. We have prepared more enjoyable posts with your happy feedbacks from you. > By the principles of language learning; listening, speaking, reading, writing activities > Kitchen Workshop > Anatolian Civilizations > Interactive Games > Periodic Projects > Skill Workshops > Our Holidays > Bodily Activities > Traditional Music > About This Day See you in September, love...